The role of energy efficiency in creating just and inclusive communities

As more people flock to cities in pursuit of economic opportunities and the bustling life of modern urban areas, rising rents, gentrification and the increasing cost of living disproportionately burden low-income communities. But their problems are often forgotten.

Witnessing this disparity in our community every single day, we as local leaders in Washington, D.C. — among states, the entity with the highest income gap in the country — know too well the trade-offs of a modern city. But the District of Columbia wants to create a greener, healthier and more equitable society within one generation. Our tool: The modern energy economy.

Research shows income-qualified households have to devote up to 7.2 percent of their income to paying energy bills, three times as much as more affluent households. In some cities across the United States, this amount can swell up to 13.2 percent. The District of Columbia ranks among the lowest median energy burdens at 2.1 percent of income.

High utility bills often are caused by a lack of maintenance, weatherization and inefficiency of existing housing stock. Looking at it from a sustainability angle, inefficient buildings are one of the biggest environmental hazards. In the United States, buildings are responsible for as much as 40 percent of nationally produced CO2 emissions. And with more frequent events of extreme weather, low-income communities are the most vulnerable to loss and destruction.

The District of Columbia is embracing a community approach to energy efficiency and renewable energy. We are not focusing solely on reducing energy costs, but the full array of advantages including healthier air, job creation, thriving small businesses and social justice.

High utility bills are often caused by a lack of maintenance, weatherization and inefficiency of existing housing stock.

We have learned from research that reducing annual electricity consumption by 15 percent across the United States has the ability to prevent 30,000 asthma attacks, can save as many as six lives a day and would create more than $20 billion in energy cost savings. Less financial stress through reduced utility bills also improves physical health. And better building codes and efficiency implementation creates jobs for contractors, solar installers and small businesses, making our economy more resilient.

The District of Columbia Department of Energy and Environment’s D.C. Sustainable Energy Utility (DCSEU) — the only efficiency utility in the country combining energy efficiency and social justice — invests $3.8 million to vulnerable communities through energy efficiency upgrades in affordable housing, shelters and clinics. It also helps district residents attain new skills and become competitive in the green jobs market through its Workforce Development Program. Much of its work is exclusively installed through district-based certified business enterprises (CBE) ensuring the economic benefits are felt by local businesses. Since 2011, its unique work has resulted in more than $600 million in lifetime energy cost savings, and prevented the lifetime emission of more than 3.5 million metric tons of carbon — the equivalent of taking almost 750,000 cars off the road for one year.

The Sustainable DC 2.0 Plan lays out a vision for sustainability, resiliency and environmental friendliness of the city, updated every five years to check on progress. Beyond that, the district’s Solar for All Program seeks to increase access to solar power for small businesses and vulnerable communities, including seniors and income-qualified residents. Currently, various projects are under way, including community solar installations. By 2032, the city aims to cut 100,000 residents’ electric bills in half.

We urge other leaders of cities — big and small — to explore innovative ways to support their vulnerable residents. Let’s make sustainability a core driver of socioeconomic success of our cities, creating a more inclusive and cleaner future. 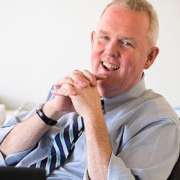 Director, Department of Energy and Environment
District of Columbia
@tommywells 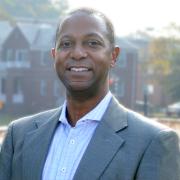 See all by Tommy Wells