Rooftop solar will help small businesses weather the next recession

This article is sponsored by Carbon Lighthouse.

The U.S. economy has been on one of the longest bull runs in history, but with mostly stagnant wage growth, rising interest rates and record-high asset prices across all asset classes, it’s poised for a potential fall. No one knows how long the ride will keep going up, and many smart small businesses are bracing themselves for the downturn. Companies are increasingly turning to rooftop solar to reduce vulnerability to economic downturns by establishing both certainty over and reduction in energy costs.

Companies increasingly are turning to rooftop solar to reduce vulnerability to economic downturns and increase savings on electricity.

Small businesses are used to operating in a world of uncertainty. Defined by the Small Business Administration (PDF) as firms having 500 or fewer employees, small businesses face many of the same challenges as large corporations but without the security of being "too big to fail." And everyone ought to care — most businesses are small, and they account for 99 percent of all U.S. firms.

The economics of rooftop solar have changed dramatically over just the past few years and, by now, those small businesses that haven’t embraced it are denying themselves a potent risk management tool that may help them better endure the next economic downturn — while boosting profits before, during and after.

When it comes to energy spend, small businesses are no joke. They spend more than $60 billion a year on energy, according to Energy Star (PDF), and the average commercial building wastes 30 percent of its energy.

Staggering, I know, but the good news is there’s ample room for improvement — with higher building efficiency combined with solar come great savings. At Carbon Lighthouse, we typically find that between 10 and 30 percent of a commercial building’s energy spend can be cut by improving the efficiency of existing equipment.

Since 2010, the cost to install solar has dropped by more than 70 percent, according to Solar Energy Industries Association. Not even the Trump Solar Tariff has significantly driven up the costs of rooftop solar. That’s pretty awesome.

What isn’t awesome is that many small businesses still view solar projects as a nuisance rather than a source of great value. That’s because, historically, these projects were expensive upfront, had long payback periods, were disruptive to operations and took a long time to build. This was a major turnoff that still prevents small businesses that otherwise may have embraced solar and caused them (reasonably) to run for the hills.

Part of the problem lies in the fact that most solar firms are primarily interested in selling as much solar as possible. The bigger the array, the bigger the payday for them. But for the client, this means higher costs and longer permitting and construction times — and a longer payback.

Pairing energy efficiency with solar can reduce the amount of panels needed by 40 percent.

At Carbon Lighthouse, we take a different approach, called Efficiency Production. By including energy efficiency with solar and focusing on the overall energy savings and economics of a project rather than trying to maximize the number of panels installed, our engineers typically reduce the amount of panels needed by up to 40 percent. This allows us to size smaller arrays, reducing costs by up to a third, while delivering the same or better effect on the customer’s energy bill. All with a much quicker turnaround.

There’s also the question of energy performance — Carbon Lighthouse and other leading solar providers back a guarantee by monitoring and taking actions to correct deviances long after the panels are installed. In this way, small businesses take less risk when embracing solar projects, which in turn allows them to make use of this great risk management tool.

Too much of a good thing can be debilitating, and the same is true for rooftop solar. Sometimes the sheer scale of proposed solar projects prevents small businesses from moving forward.

Take SEW-Eurodrive, a Carbon Lighthouse small business customer that has a 46,000-square-foot manufacturing facility in Hayward, California. The company wanted to optimize its energy use to reduce operating costs and positively affect its local environment.

"I’ve been a huge proponent of solar energy for a long time," Jerry Hippe, SEW-Eurodrive’s operations and sales manager, told our team. "But many companies were bringing in large arrays that were filling up our whole roof."

The large, 200 kW or higher proposals required a complete takeover of valuable rooftop real-estate, and ignored the fact that parts of SEW-Eurodrive’s roof are consistently covered in shade. This made going solar a lot less attractive.

Through our Efficiency Production process, Carbon Lighthouse engineers were able to reduce the array size by 15 percent and free up 3,000 square feet of rooftop space. To improve the building’s energy efficiency, we installed LEDs which ran on specified schedules. This paved the way for a 170 kW rooftop array with an integrated sensor package for active solar efficiency monitoring which met the reduced demands of the building’s energy use.

SEW-Eurodrive virtually eliminated its energy bills, which translates to $75,000 a year in annual energy savings and more than $2 million in lifetime savings.

As a result, SEW-Eurodrive virtually eliminated its energy bills, which translates to $75,000 a year in annual energy savings and more than $2 million in lifetime savings, which falls straight to its bottom line. The company also reduced its carbon emissions by 264 tons in year 1 alone.

As you might expect, these days Hippe is a pretty happy guy — especially when the utility bills come around. Hippe said that he was glad he waited for a solar provider focused on the energy savings rather than peddling solar panels.

"They guaranteed their performance," Hippe said. "They don’t meet that performance, they’ll either fix the problem, or write us a check for the difference. That really secured the deal."

Embracing solar is an act of risk management, but it also can be a risk in and of itself in terms of time, money and operational disruption. To help improve the small business appetite for solar, providers must learn to assume some risk.

In the case of our customer Eastmont Town Center, a 541,309 square foot mixed-use shopping center in Oakland, California, we backed up our contractual guarantee when the energy savings from a rooftop solar project underperformed. Via our Efficiency Production approach, we were able to reduce the cost and scope of a project significantly and place it on a single roof. But through ongoing energy performance management, our engineers found that initial energy savings were not meeting our expectations. They acted quickly to correct the problems and back up our guarantee.

Today, Eastmont Town Center is a net energy producer for nearly five months out of the year and is expected to generate nearly $2 million in lifetime savings. All of this while cutting 150 tons of carbon per year.

Facing a growing world of risks, small businesses that minimize risk through such actions as rooftop solar to cut energy bills will be the ones still standing when the recession dusts settle. And during better economic conditions, solar will help small businesses succeed even more.

Going solar isn’t just for large corporations, and it doesn’t only result in positive environmental benefits. It can be as simple as safeguarding your small business. 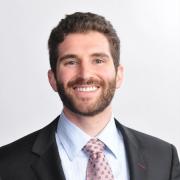 See all by Brenden Millstein