How Leanpath uses measurement and analytics to solve the trillion-dollar global problem, one commercial kitchen at a time.

Taking pictures of meals might harvest a lot of likes on Instagram, but photographing food before it gets to the table can do even more than grow individuals’ social media clout — it can help businesses address a social and environmental challenge.

Tying photography with technology can fight food waste, a trillion-dollar problem demanding global attention. One-third of the food produced worldwide goes to waste each year, according to Boston Consulting Group, and it could reach 2.1 billion metric tons worth $1.5 trillion by 2030.

Figuring out what to do with food waste is one thing; avoiding it in the first place is altogether different. Done successfully, it can help commercial kitchens run more efficiently and cut costs.

Serial entrepreneur Andrew Shakman found measuring inventory leftovers an effective approach to prevent food waste. In 2004, feeling that nobody else understood the scale of the issue, Shakman blazed a path by founding a company that combines photography and data analytics to measure and curb food waste in commercial and institutional kitchens.

Technology and data are cooking up a storm in commercial kitchens, because they are powerful tools to help change "how we produce, what we purchase and what we menu," Shakman told GreenBiz.

Leanpath’s core innovation is a measurement system that connects a touch-screen interface to scales and cameras, allowing kitchen staff to understand what’s tossed away and why in real time. All data collected are fed to Leanpath Online, the back-end platform that uses cloud-based analytics to guide the staff on how to cut costs and prevent waste in the future.

Of all models, the flagship product "Leanpath 360" provides the most robust tracking. By incorporating food waste photography into measurement, it allows kitchen staff to see the conditions of leftover food and to better understand the reasons for waste. The visual impact is a more effective educational tool than numbers alone, Shakman said.

When a pipe leaks, it’s wise to plug the source before mopping up water on the ground. Similarly, cutting waste at the source is the most cost-effective approach, Shakman said.

Prevention is at the top of the waste recovery food chain, according to ReFED, a nonprofit committed to reducing food waste in the United States. But most solutions today focus on composting or recycling waste, not preventing it. One reason is that people don’t see what happens before food is served, Shakman said. His company is trying to change that by going to national conferences and raising awareness on the importance of prevention. 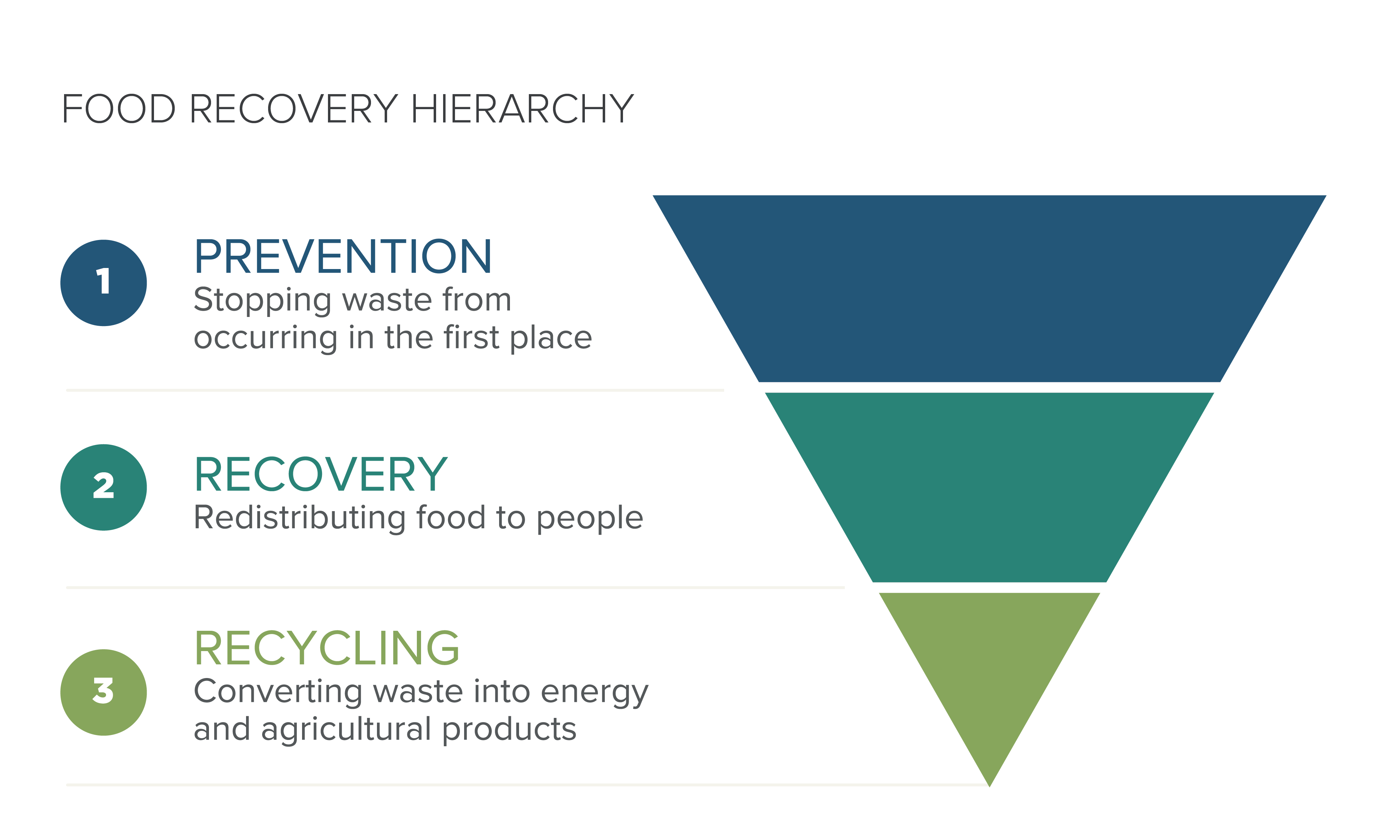 Behavioral and management sciences are at the core of Leanpath’s philosophy. Shakman believes that waste happens because people don’t want to run out of food, so his company aims to drive cultural change by educating and engaging frontline workers.

Leanpath’s core customer base is overproduction-sensitive businesses: operations that are prone to producing more food than necessary because they don’t know exactly how much food people will need, as opposed to cook-to-order restaurant kitchens, Shakman said. These operations include colleges, hospitals, corporate cafeterias, sports arenas and hotel buffets.

His company has grabbed a healthy helping of the market: After households, consumer-facing businesses are the second-largest generators of food waste in the United States, representing 40 percent, or 25 million metric tons, each year, said Chris Cochran, executive director of ReFED. The organization identified a minimum of $1 billion in cost savings collectively for foodservice companies if they adopt waste tracking and analytics alone, the category Leanpath falls under.

Google’s chief sustainability officer, Kate Brandt, told GreenBiz at Circularity 19 that Leanpath has helped the company save over 4 million pounds of food waste in corporate dining.

That drive to change is reflected in Sodexo’s ambitious goal to halve its food waste by 2025, five years ahead of the target set by the U.N. Sustainable Development Goals.

"It's the most direct environmental action that we can take as a company to reduce our carbon emissions," said Neil Barrett, Sodexo’s senior vice president of corporate sustainability.

Across 300 sites in different countries and market segments, Sodexo was able to trim food waste in half and generate $6 for every $1 it spent on Leanpath’s services within one year, Barrett said.

"It's really about a behavioral change in the kitchen," he said. "It's providing the knowledge and the information to allow our site-based teams to take action, to bring about changes, to help reduce waste."

In May, the foodservice giant announced the rollout of a program called "WasteWatch powered by Leanpath," which will be deployed in 3,000 Sodexo sites within a year and expand to 70 percent of all sites worldwide within the next few, Barrett said. 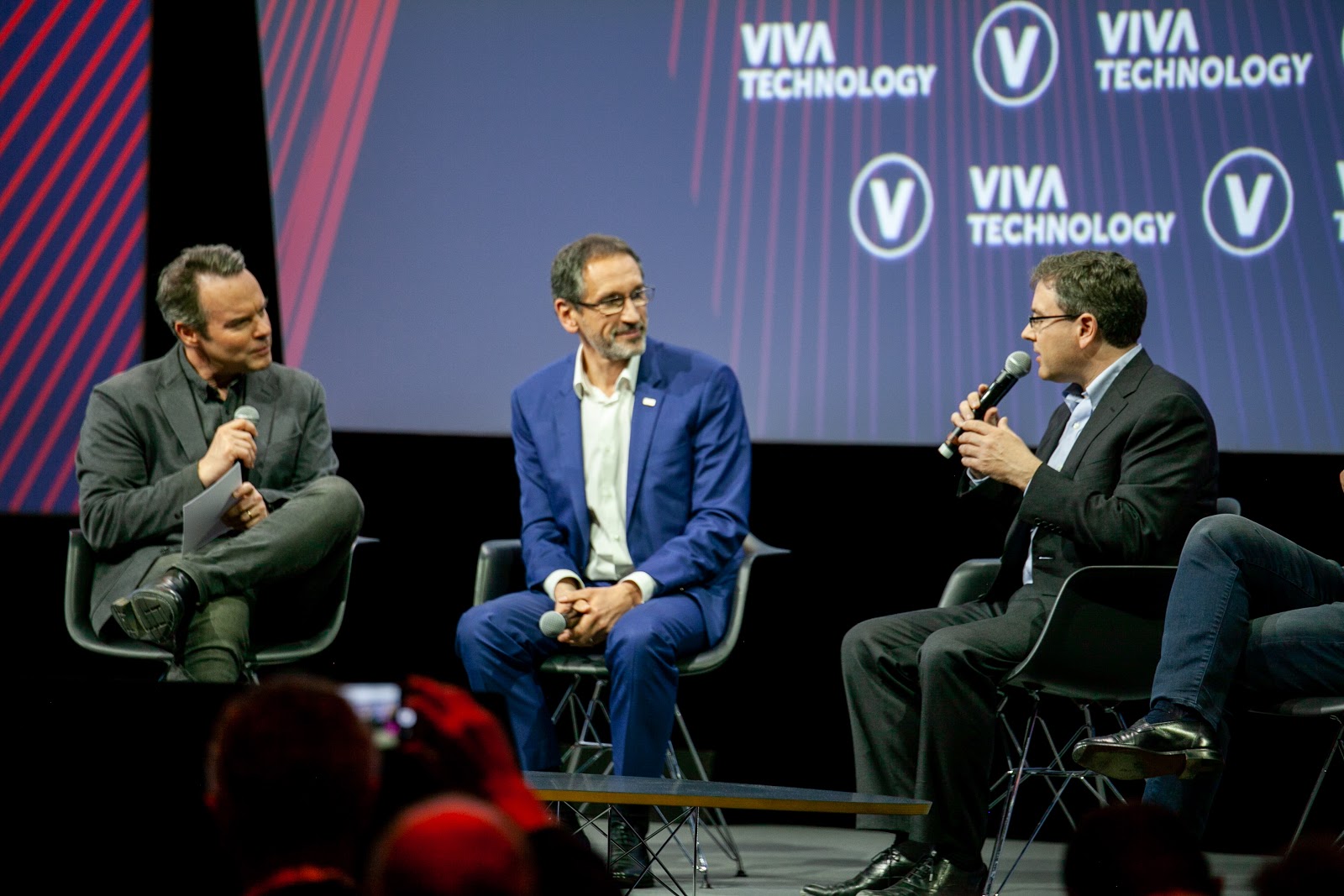 Leanpath might be among the first, but it’s not the only company using tech-driven measurement and operational efficiency to wrestle with food waste. ReFED, who keeps a tally of startups tackling food waste from this specific angle, considers companies such as Winnow and Phood LLC as its main rivals — although Shakman doesn’t see them that way. Food waste is too big a bite for any company to chew on alone, so he is delighted to see more tech innovations emerging in the space.

"I think technology has the ability to create connectivity in between resource spaces, and to take one person's waste to make it another person's feedstock," Shakman said. "We see that as a big opportunity."

As a tech platform with access to a great deal of data, Leanpath must be careful with privacy. It uses broader market knowledge to inform clients about their relative performance, but the data is aggregated and anonymized, Shakman said.

At the same time, Leanpath encourages its clients to be transparent about their data because information sharing is important for multilateral improvement. Sodexo already has committed to making its food waste data public in the next few years, according to Barrett.

Halving per capita food waste "at the retail and consumer levels" globally by 2030 falls within one of the U.N. SDGs: sustainable consumption and production patterns. Champion 12.3, a coalition of multisector changemakers, is dedicated to accelerating progress toward achieving this goal. (The number 12.3 points to the section of the SDGs referring to food loss prevention.)

But it’s not just about reducing a company’s environmental footprint — or maybe foodprint. There is a clear business case for implementing food waste reduction programs as well, said Liz Goodwin, a member of the coalition and director of food loss and waste at the World Resources Institute.

Without disclosing pricing specifics, Shakman said Leanpath customers typically can save 2 percent to 8 percent on their food purchases and get a positive return on investment within the first year.

Committing to food waste reduction improves businesses’ bottom lines, but more important, it allows them to act as role models and influence behavior in households, the biggest generator of food waste, Goodwin said.

"Businesses are starting to mobilize and we’re starting to see momentum, but there’s not enough being done," Goodwin said. "We need far more and we need far faster activity."

Raising awareness among government, cities and individuals is useful to help people understand that food waste is a problem "we can all help solve," Goodwin said.

What a summer at GreenBiz taught me about sustainability

See all by Cyan Zhong