Rushing to go nowhere: How can we make more progress on diversity in the corporate sector?

It seems each day a new story or report comes out on how a company is addressing diversity as a core value or priority. But are we focusing on the long-term and moving the needle on hiring and retaining women, professionals of color, LGBTQ+ employees and those with disabilities? While there is a lot of buzz, the actual data around hiring and retention has not significantly changed. And employees inside these organizations continue to voice concerns of racism and discrimination.

With the flurry of awards, articles, research and corporate programs, one would think that we finally were making some progress on corporate diversity. In January, Forbes published its annual list celebrating America’s Best Employers for Diversity and in December, Fortune, in partnership with management consultancy Great Place to Work, also published its annual list of Best Workplaces for Diversity. The methodology of both lists considers the diversity numbers and employee feedback on culture. Yet, the top 20 organizations on both lists are completely different. If we are measuring the "best" for diversity, shouldn’t we expect to see the same firms called out as leaders? What measurement criteria is really being used?

In any case, it is imperative that businesses successfully build teams and cultures that are made up of different ethnicities and races, genders, generations, abilities, geographies and inclusive of the LGBTQ community. Companies that get this right will be able to attract and retain the best talent and deliver for their communities, customers and investors because they will be more innovative and competitive. If we are to make any significant progress on critical issues such as ending poverty and climate change, as set forth in the Sustainable Development Goals (SDGs), we will need everyone at the table.

Companies that get this right will be able to attract and retain the best talent and deliver for their communities, customers and investors because they will be more innovative and competitive.

Be accountable for insignificant diversity progress

While some companies are still at the other end of the spectrum, which provide limited public quantitative data or none at all, overall companies should be commended for the progress they are making on public disclosure of their diversity data. This data exposes the issue that diversity is not increasing in any statistically significant manner. This is especially evident when it comes to leadership roles. For change to occur in a material way corporations must hold themselves more accountable when their diversity numbers related to hiring and retention are not increasing in line with their public commitments.

While it is often difficult to change hiring and recruiting behaviors, using alternative recruiting channels can be part of the solution. This could mean expanded college recruitment opportunities, opening new sites in more diverse locations and making investments in nontraditional educational pathways.

Why not give Historically Black Colleges and Universities (HBCUs) a try? There are over 100 HBCUs with almost 300,000 students enrolled. Fifty percent of all black lawyers and doctors are alumni of HBCUs. And HBCUs continue to be an important and often overlooked pipeline for black talent. They produce 20 percent of all black college graduates and 25 percent of all the science, technology, engineering and math degree (STEM) black graduates.

While we are on the topic of STEM, women only hold about 25 percent of the jobs in the tech industry even though they make up half of the total workforce. While the gender gap persists, the number of women awarded a STEM degree or certificate in the United States has steadily risen, according to Statista, which analyzed data from the National Center for Education Statistics. The number of male students granted a STEM degree or certificate increased by 38 percent between the 2008-2009 and the 2015-2016 school year, while the number of female students who achieved the same degree or certificate increased by 48 percent. Companies have to be more intentional in recruiting the technical female talent that is out there.

While the gender gap persists, the number of women awarded a STEM degree or certificate in the U.S. has steadily risen, according to Statista.

One example of the promise in alternate recruitment channels is found at Apple. Apple retail stores can serve as the entry point for diverse talent. Talent that otherwise may not check all boxes and requirements for a traditional corporate technical job could start in an Apple retail store and make their way into a corporate job at Apple or another tech company.

Symantec (now NortonLifeLock), where I previously worked, and JP Morgan Chase have partnered with U.S. nonprofit NPower to invest in an expanded pipeline of technology talent. These investments are in technology-focused job training, including the much-in-demand cybersecurity field. Veterans and young adults from underserved communities are prepared for quality technology jobs, placed into internships with corporate partners and then into permanent positions.

Perhaps there are other creative ways that companies could create entry level "pipelines" to increase their diversity representation.

Create a culture of belonging

While many companies have prioritized hiring diverse talent, it's equally important for companies to retain and engage that talent.

Precious J. Stroud, founding executive director of BlackFemaleProject, an organization focused on fostering the success of black women in the workplace, often shares her story of being told early in her career to change her name at her job because her employer did not think it was professional enough. This story could be added to the many more we hear every day where employees are made to feel uncomfortable bringing their authentic selves to the workplace.

To create a true sense of belonging, people who have privilege and economic power have to not only be willing to give up some of their power, but also have to actively fight marginalization.

Recently a Facebook memo surfaced on Medium reminding us that while inclusion is at the forefront of many companies' diversity messages, actually achieving a sense of belonging for all employees is still difficult to make a reality. Black Facebook employees reiterated their feelings in the memo and shared that "On the inside, we are sad. Angry. Oppressed. Depressed. And treated every day through the micro and macro aggressions as if we do not belong here." Facebook leadership vowed to listen and do better.

Donna LaSala, program director and professor at Presidio Graduate School, points out that to "do better" people who have privilege and economic power must "listen and believe the lived experiences of underrepresented community members … not debate them, not doubt them." To create a true sense of belonging, people who have privilege and economic power have to not only be willing to give up some of their power, but also have to actively fight marginalization.

Building a more diverse and inclusive workforce, while complex, is a business imperative and is material to both stakeholders inside and outside of the company. Companies have made public commitments with minimal improvement. Perhaps approaching diversity as a long-term effort embedded within the company’s overall strategy, with clear milestones along the way, rather than a quick fix and race to the finish line, will result in real, sustainable progress. 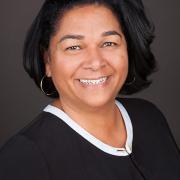 See all by Cecily Joseph