Almost exactly a decade ago, I was cycling in a bike lane when a car hit me from behind. Luckily, I suffered only a couple bruised ribs and some road rash. But ever since, I have felt my pulse rise when I hear a car coming up behind my bike.

As self-driving cars roll out, they’re already being billed as making me — and millions of American cyclists, pedestrians and vehicle passengers — safer.

As a driver and a cyclist, I initially welcomed the idea of self-driving cars that could detect nearby people and be programmed not to hit them, making the streets safer for everyone. Autonomous vehicles also seemed to provide attractive ways to use roads more efficiently and reduce the need for parking in our communities. People are certainly talking about how self-driving cars could help build more sustainable, livable, walkable and bikable communities.

But as an urban planner and transportation scholar who, like most people in my field, has paid close attention to the discussion around driverless cars, I have come to understand that autonomous vehicles will not complement modern urban planning goals of building people-centered communities. In fact, I think they’re mutually exclusive: We can have a world of safe, efficient, driverless cars, or we can have a world where people can walk, bike and take transit in high-quality, human-scaled communities.

These days, with human-driven cars all over the place, I choose my riding routes and behavior carefully: I much prefer to ride on low-speed traffic, low-traffic roads, buffered bike lanes or off-street bike paths whenever possible, even if it means going substantially out of my way. That’s because I’m scared of what a human driver — through error, ignorance, inattention or even malice — might do to me on tougher roads.

But in a hypothetical future in which all cars are autonomous, maybe I’ll make different choices? So long as I’m confident self-driving cars will at least try to avoid killing me on my bike, I’ll take the most direct route to my destination, on roads that I consider much too dangerous to ride on today. I won’t need to worry about drivers because the technology will protect me.

Driverless cars will level the playing field: I’ll finally be able to ride where I am comfortable in a lane, rather than in the gutter — and pedal at a comfortable speed for myself rather than racing to keep up with, or get out of the way of, other riders or vehicles. I can even see riding with my kids on roads, instead of driving somewhere safe to ride such as a park (of course, this is all still assuming driverless cars eventually will figure out how to avoid killing cyclists).

To bikers and people interested in vibrant communities, this sounds great. I’m sure I won’t be the only cyclist who makes these choices. But that actually becomes a problem.

The tragedy of the commons

In the midsize midwestern college town I call home, estimates suggest about 4,000 people commute by bike. That might not sound like many, but consider the traffic backups that would result if even just a few hundred cyclists went out at rush hour and rode at leisurely speeds on the half-dozen arterial roads in my city.

Technology optimists might suggest that driverless cars will be able to pass cyclists more safely and efficiently. They might also be directed to use other roads that are less clogged, although that carries its own risks.

But what happens if it’s a lovely spring afternoon and all those 4,000 bike commuters are riding, in addition to a few thousand kids and teenagers running, riding or skating down my local roads? Some might even try to disrupt the flow of traffic by walking back and forth in the road or even just standing and texting, confident the cars will not hit them. It’s easy to see how good driverless cars will enable people to enjoy those previously terrifying streets, but it also demonstrates that safety for people and efficiency for cars can’t happen at the same time.

It’s not hard to imagine a situation where driverless cars can’t get anywhere efficiently — except late at night or early in the morning. That’s the sort of problem policy scholars enjoy working on, trying to engineer ways for people and technology to get along better.

One proposed solution would put cars and bicycles on different areas of the streets, or transform certain streets into "autonomous only" thoroughfares. But I question the logic of undertaking massive road-building projects when many cities today struggle to afford basic maintenance of their existing streets. 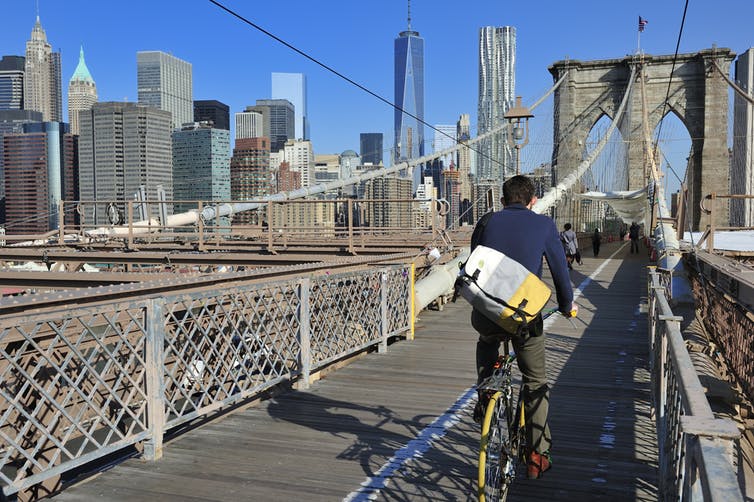 An alternative could be to simply make new rules governing how people should behave around autonomous vehicles. Similar rules exist already: Bikes aren’t allowed on most freeways, and jaywalking is illegal across most of the United States.

Regulating people instead of cars would be cheaper than designing and building new streets. It also would help work around some technical problems of teaching driverless cars to avoid every possible danger — or even just learning to recognize bicycles in the first place.

However, telling people what they can and can’t do in the streets raises a key problem. In vibrant communities, roads are public property, which everyone can use for transportation, of course — but also for commerce, civil discourse and even civil disobedience. Most of the United States, however, appears to have implicitly decided that streets are primarily for moving cars quickly from one place to another.

There might be an argument for driverless cars in rural areas, or for intercity travel, but in cities, if driverless cars merely replace human-driven vehicles, then communities won’t change much, or they may become even more car-dependent. If people choose to prioritize road safety over all other factors, that will shift how people use roads, sidewalks and other public ways. But then autonomous vehicles never will be particularly efficient or convenient. 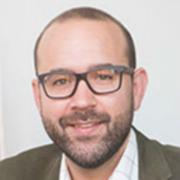 See all by Daniel Piatkowski