This story was first published by Yale Environment 360.

The oasis of Dar Oumira, in southern Morocco, was once a lush palm grove before it became the sparse sand patch it is today, studded with just a few shrunken date palms. The surrounding desert is rapidly spreading between the trees, whose dense shade once sheltered fruit orchards and fields of wheat.

The demise of this oasis isn’t an isolated case. In Morocco, where oases occur in the desert basin that lies south of the country’s Atlas Mountains, rising temperatures, deepening drought and spreading desertification are undermining the water sources on which oases depend. Over the last century, roughly two-thirds of Morocco’s oasis habitat has vanished — a process that has accelerated in recent decades as temperatures have steadily risen, according to Aziz Akhannouch, the country’s minister of agriculture and marine fisheries. This trend is also affecting the rest of the Maghreb, the North African zone that encompasses the arid Saharan nations of Morocco, Tunisia, Libya and Algeria.

Layer by layer, the key components of these fabled desert ecosystems are being stripped away: Once-plentiful fruit groves are vanishing, ancient date palm forests are thinning, and people who once relied on these lush areas for their livelihoods are moving away. The decline of oases has several causes, including the overexploitation of groundwater and neglect as residents feel the pull of urban migration. But most notable are regional shifts in the climate, as temperatures rise and precipitation declines.

At the United Nations climate conference in Marrakech in November, the Maghreb and the threats it faces from climate change were a major focus, and oases were held up as a symbol of the impacts already playing out on the landscape. The spotlight on these habitats has boosted awareness of oases as hubs of traditional knowledge on climate adaptation. Now, with the need for innovative adaptation projects in North African oases becoming increasingly urgent, conservationists, governments and desert inhabitants are collaborating to protect these ecosystems against an uncertain climatic future.

In Morocco, ancient water systems are being restored to irrigate and replenish oases. The U.N. also is helping Moroccan women to cultivate culturally important, water-efficient medicinal plants to slow the spread of the desert into oases. And in Tunisia, scientists and farmers are employing plant-breeding techniques to make their oasis crops more resistant to drought and high temperatures. But much more needs to be done.

Oases owe their existence to human ingenuity in sustainable water management: By tapping into natural underground aquifers and channeling rainfall, people have kept these habitats lush for centuries. Water-efficient date palms were historically selected for the deep shade and humid habitat that their dense canopies created for agriculture, which allowed orchards, vegetables and forage crops to grow amid the desert. Now, however, these carefully curated habitats are shrinking, as conditions change.

The Middle Eastern and North African (MENA) climate zone, which includes Morocco, is already one of the world’s most water-scarce regions. Between 1960 and 1990, MENA countries experienced temperature increases of 0.2 degrees C per decade; since then, the warming rate has risen, according to the World Bank’s 2014 Turn Down the Heat (PDF) report. Carl-Friedrich Schleussner, a climate scientist with the Berlin-based science and policy non-profit Climate Analytics, said the region will be affected by a "very robust drying signal" in the coming decades. "It’s already experiencing drying trends, and this is only predicted to continue," he said.

With lowered rainfall, crop yields are expected to decrease by up to 24 percent across different regions of the Maghreb. That spells trouble for the 40 percent of Moroccans dependent on agriculture for their livelihoods. This concern is closely intertwined with the fate of the oasis zone, where almost 2 million Moroccans live and farm.

In the wake of last year’s Paris climate agreement, the world is aiming to limit global warming to 1.5 to 2 degrees Celsius above pre-industrial levels. But the 2014 World Bank report, which Schleussner co-authored, said that even if we cap temperatures at the 2-degree target, countries in the MENA region will experience heat waves for 30 percent of the summer months. The report predicts that with a global temperature rise of 3 degrees C, the Maghreb would experience 1.5 months a year of moderate drought. At 4 degrees and above, that rises dramatically to six months a year. The number of drought days could increase by more than 50 percent (PDF) by the end of the 21st century. This would have dire consequences for agriculture and would hasten desertification and the desiccation of oases.

Oases are indicators of ability to deal with the changes that are taking place today.

Just a few kilometers away from Dar Oumira, the date palms of the Tighfrt oasis stand tall. This sprawling palm grove casts dense shade over the earth — the mark of a good oasis, according to Youssef Zaaim, a teacher and farmer from the surrounding Ferkla oasis region. Tighfrt is planted with olive and apricot trees, and rectangular fields are filled with leafy crops such as maize and alfalfa, the latter grown to feed livestock. Huge bunches of plump dates sway in the palms overhead. This oasis prospers because of a mix of ancestral ingenuity and geographical luck, Zaaim explains.

Water is abundant here because farmers — who live in the small villages flanking the oasis — are able to source it from two places: natural wells scattered around the site, and also the lkhttarts, an irrigation system that channels water underground from more distant water-rich locations. (Dar Oumira is reliant on only one source of water, an lkhttart.) As is customary, Tighfrt’s crops are irrigated via a geometrical system of raised channels that release controlled amounts of the water into individual plots, soaking the soil. Water is strictly apportioned according to plot size.

"People don’t know about climate change, but they preserve things unconsciously — they are used to protecting the environment," said Zaaim.

Jean-Baptiste Cheneval, network coordinator at the Associative Network for the Sustainable Development of Oases (RADDO), a group that works to safeguard and support oases in the Maghreb, said, "These [communities] have developed in complicated conditions and invented techniques that have proven themselves in terms of sustainability." But whether these adaptive techniques can continue to keep the desert at bay is less clear.

In a handful of oases, including in the nearby province of Errachidia, locals are reviving old technologies, such as the lkhttarts (also known as khetarras). These 2,000-year-old irrigation systems intercept a water source upstream, then carry it via a downward-slanting underground canal to areas that need it.

Mohammed El Guerrouj, general director for the Agency for Agricultural Development in Morocco, said his organization is working with the Adaptation Fund, a World Bank organization, to restore khetarras across the Maïder and Intermediary Gheris river basins of the region.

The khettaras and renovated irrigation canals will provide drinking water for oasis inhabitants and also will allow locals to boost date production. As palm groves consequently expand, they will create a stronghold against desertification. The Adaptation Fund also has launched a parallel project to build small dams in the area to help replenish groundwater reserves.

The effects of drought and groundwater exploitation are visible across the southern Moroccan landscape. The Ferkla River, after which the local cluster of surrounding oases is named, was once a rapidly flowing watercourse. Now, it’s just an empty, dusty channel. Zaaim estimates that it last flowed constantly in the 1970s.

"Now it flows for one, two or three days maximum," he said. The decline of rainfall, coupled with the overexploitation of local groundwater reserves, has dried up this riverbed, as well as the nearby Sat and Tangarfa rivers — a reliable trio that once made many of the surrounding oases lush.

In the Ferkla region, another adaptation project has been launched by 15 women who are farming climate-resilient medicinal and aromatic plants to replace crops, such as barley and wheat, that no longer fare well under drought conditions. The women’s small plot is filled with basil, rosemary, mint, thyme and other herbs — plants that are less water intensive and are used to make medicinal teas and cosmetics for sale. These products also fetch a higher price than regular crops. But even for these small-scale farmers, the effects of drought are clear: The water table in the well they use to irrigate their plants has dropped from its historical 33 feet below ground, to 69 feet now.

"A long time ago [people in this oasis] used to collect many types of fruits — peaches, apricots — but now there are just date trees and olives, and even olives are affected by the heat because there’s no rain," said Saidi Fatiha, president of Chourouk, the women’s association in charge of the plot. In oases, some plants simply have replaced others, naturally, due to climate pressures — such as the bitter pomegranate, a smaller, less tasty fruit variety that, thanks to its relative climate hardiness, has succeeded its sweeter cousin. Taking their cue from these subtle signs of adaptation, the women have switched to growing herbs, which their grandparents used to cultivate on a small scale in the oasis, Fatiha said.

The realization that oases are now the final frontier against desertification in the Maghreb appears to be sinking in.

Their herb plot is just one site in a wider network of herb-growing projects across the Tafilalet region, run by U.N. Women, the organization that advocates for the rights of women and girls globally. The women hope to expand their project to other areas. "We are very happy, but we need more potential, we want to go to markets, to other places," Fatiha said. She hints at a major concern surrounding oases: If people don’t have a strong incentive to stay, they won’t. And without humans tending these habitats, they are fated to fall into the desert’s grip.

Beyond Morocco, farmers in eastern Tunisia’s Chenini Gabes oasis are using plant-breeding techniques to strengthen their crops — and, by extension, the oasis — against rising temperatures and low rainfall. A local organization called the Association de Sauvegarde De L’Oasis De Chenini Gabes (ASOC), which is part of the RADDO network, is encouraging farmers to breed their own seeds to create diversity for more resilient crops. "If you have a large genetic resource, you can adapt your crops more easily," said Cheneval of RADDO.

The resulting seed varieties are stored in a seed bank for future use. And, to ensure that the skills of seed diversification reach other regional oases, ASOC has equipped a core group of farmers to teach these breeding techniques to others.

The realization that oases are now the final frontier against desertification in the Maghreb appears to be sinking in. In Marrakech, the Moroccan government has launched the Sustainable Oasis Initiative, which, among other things, aims to carry out a full census of oases and emphasizes the need to prioritize oases as climate adaptation funding becomes available. Without such actions and global support, however, some fear that the centuries-old battle to maintain the oases will be lost.

"Oases are indicators of ability to deal with the changes that are taking place today," said Cheneval. "Ultimately, the disappearance of these systems will reflect badly on our ability to cope with climate change." 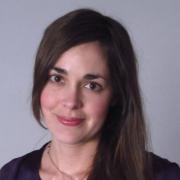 Can the forests of the world’s oceans contribute to alleviating the climate crisis?

See all by Emma Bryce