As the conversation went on, the decided that they should upgrade heating, ventilation, and cooling, and, while they were at it, they would install solar panels, too. By the time they were done with lunch, the two had produced a plan to install an incredibly comprehensive energy efficiency upgrade, and they would soon find the cutting edge financing tool that would make it possible.

Tomorrow, Prologis and the City of San Francisco will announce that the historic property at Pier 1 will be the first commercial building in San Francisco to receive financing for energy efficiency upgrades under Property Assessed Clean Energy (PACE) bond financing.

Upfront costs often pose the most significant roadblock to property owners seeking to install energy efficient building upgrades. Furthermore, owners may balk at taking on additional debt, and lenders are often reluctant to supply the cash.

PACE financing is designed to meet these challenges by allowing property owners to pay for the upgrades over the course of up to twenty years through a property tax assessment rather than through a traditional loan.

"It's an entirely new type of opportunity for commercial property owners," says Binkley.

Johnson Controls (NYSE:JCI), the global leader in energy-efficient building upgrades, will design and execute the Pier 1 project, which includes a retrofit of 1,500 lighting fixtures, a rooftop solar array and improvements to heating, ventilation, and air conditioning. The project is expected to create nearly 30 jobs and reduce energy costs by $98,000 per year once it's completed.

Eighty percent of Prologis's savings will come from decreased energy use, while the other 20 percent will come from the solar array. The project is estimated to cost $1.6 million, and Johnson Controls expects to complete the upgrades in seven months.

Most residential property owners do not have access to PACE financing because of opposition from the Federal Housing Financing Agency (FHFA), the regulator of government-sponsored enterprises (GSE) Fannie Mae and Freddie Mac.

The FHFA opposes PACE because the liens it creates on properties are in first position, which FHFA claims are detrimental to the GSEs in the case of a default. "First liens established by PACE loans are unlike routine tax assessments and pose unusual and difficult risk management challenges for lenders, servicers and mortgage securities investors," the agency has said.

In July 2010, the agency issued a letter stating its opposition to PACE, and Fannie and Freddie “have made clear to their servicers that they will not undertake loans or loan refis involving first priority PACE loans,” according to an FHFA spokesperson. Because Fannie and Freddie together purchase or guarantee approximately two-thirds of new, single-family, residential mortgages, PACE financing has become very difficult to obtain for residential property owners.

While the FHFA's opposition to PACE has stalled residential energy efficiency upgrades, it has not had the same effect on the commercial real estate market because Fannie and Freddie generally do not purchase commercial mortgages.

Indeed, PACE financing for commercial properties may be set to take off. If widely adopted, PACE could transform the commercial building landscape across the country. According to researchers at U.S. Department of Energy, if all U.S. commercial properties conducted cost-effective energy upgrades, they could reduce their average energy use by 25 percent. Such a massive project would cost over $100 billion, all of which would be offset by lower energy bills.

San Francisco, which has made $100 million in American Recovery and Reinvestment Act money available to the city's commercial property owners, recently joined CaliforniaFIRST, a statewide alliance among 14 counties and 126 cities created to attract owners and lenders.

“Commercial PACE gives businesses a great option for pursuing energy efficiency projects that may have previously been out of reach,” said San Diego County Supervisor Dianne Jacob. “The County’s partnership with CaliforniaFIRST provides a mechanism for participants to start spending less money on energy bills and more back into the business.”

Twenty-seven states and the District of Columbia have passed legislation to enable PACE financing for both commercial and residential properties. In addition to California, several states already have active PACE financing programs.

In April of 2012, Grandview Tire & Auto of Edina, Minn., became the country's first commercial property outside of California to receive PACE financing for a long-term solar installation. Edina's PACE program, which was initiated through the efforts of Grandview's general manager, required only $11,400 in direct expenses to establish.

“The example of a small city in Minnesota creating a quality program with minimal expense should inspire other cities and counties looking to promote local clean energy job creation,” said John Kinney, CEO of Clean Fund, the firm that provided both the capital and structuring services for the Edina project.

Richard Chen, program coordinator at PACE, said PACE is quickly spreading to other parts of the country, too. "We're in a good position right now to pave the way so that more of this stuff can happen at the scale that it needs to," says Chen.

Cities and counties across Florida can currently opt into several commercial PACE program platforms. The Port Authority of Toledo, Ohio has leveraged its ability to issue bonds to provide PACE financing for a large number of municipal and commercial properties. A program in Washington, D.C., is in a soft launch mode, and a statewide program in Connecticut focused on commercial and industrial PACE is getting ready to roll out soon.

But Chen acknowledges that widespread adoption of PACE may take time. "Like everything we're doing in the energy efficiency financing space, this is very, very new," says Chen. "We're finding that there's a lot of work to do so that owners understand the value proposition."

For Aaron Binkley and Prologis, which owns, operates and develops industrial real estate, the value proposition was very clear, especially as it gave the company the opportunity to be the first commercial real estate owner in San Francisco to install upgrades using PACE.

"The focus on energy efficiency and operation has been a distant priority for many commercial property owners," says Binkley. "That's really changing as people are getting more aware of energy costs and sustainability. It's a pretty important and significant shift in the thinking process." 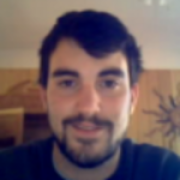 VERGE Boston: How ARPA-E creates the future of energy

IBM buys from its own supply of recycled electronics

Will China's looming carbon tax make a difference to the climate?