San José is rolling out the green carpet for biking, thanks to the city council’s unanimous passage of the Better Bike Plan 2025. With the plan’s adoption, the city commits to building a 550-mile network of bike lanes, boulevards and trails to help thousands more people ride safely.

The plan is realistic about the past, acknowledging San José’s sprawling 180-square-mile spread, its car-oriented layout and its inequitable history of transportation decisions, which continue to shape people’s lives. But the plan also looks ahead, aiming to create a city where anyone can comfortably bike to any neighborhood.

The planned network includes 350-plus miles of protected bike lanes, 100 miles of bike boulevards and 100 miles of off-street trails. Already, the city has built over 390 miles total.

The numbers are impressive. But the numbers don’t tell the whole story.

With this plan and its creation, the city lays out a thoughtful approach to who feels comfortable biking, who doesn’t and how to invite more people out onto bikes.

Many cities have been finding creative ways to help their residents get around safely, healthily and affordably.

For too long, bike lanes — not just in San José but nationally — have been created for the few people who feel fine biking on a street full of fast traffic, protected by only a line of white paint. The new plan acknowledges that’s often not enough for people to feel comfortable, instead offering "the evolution of a bike lane," first by just widening that painted lane into buffer to create more separation from traffic, then putting parked cars between bikes and traffic when possible, and then building a whole raised curb between cars and the bike lane. Sometimes, instead of adding miles, it's important to go back to make existing miles of bike lanes better and safer. The plan emphasizes that many of San José’s quiet residential streets can connect to create a "low-stress" network of "bike boulevards," along with safe ways to get across the big busy streets.

To create the plan, city staff talked with residents. They also partnered with community-based organizations such as Veggielution, Latinos United for a New America (LUNA) and Vietnamese Voluntary Foundation (VIVO). At meetings and focus groups in Spanish and Vietnamese as well as English, city staff and partners asked residents: What would help make them more likely to bike?

Paramount across communities was concern for safety.

The city already has shown that it can move quickly. With its Better Bikeways project and with the assistance of the Bloomberg Philanthropies American Cities Climate Challenge, San José will have built 15 miles of protected bike lanes between 2018 and 2020.

The "quick-build" model is impressive. A few of us from the Climate Challenge got to tour San José’s downtown by bike last year with Mayor Sam Liccardo and the National Association of City Transportation Officials (NACTO). We pedaled along new green lanes, protected by sturdy green posts and complete with ingenious bus islands that are wheelchair-accessible and allow bus riders to cross bike lanes safely. The green posts that protect bikers look reassuringly solid but they’re actually plastic, making them low-cost, easy to install yet imposing enough to form a kind of low wall between bikes and car traffic. It felt safe.

Now the trick is to build out from downtown, connect to neighborhoods and get more people using them.

The city has set ambitious goals for "bike mode share," which means the percentage of all trips people take in the city by bicycle. San José’s current General Plan aims for 15 percent bike commute mode share by 2040, and its Climate Smart plan seeks to reach 20 percent by 2050.

These are tall orders. Today, just 1 percent of commute trips in the city are made by bike, although a city survey found that 3 percent of people reported biking as their primary way of getting to work and even more residents using a bike as a backup mode of transportation. Of commute trips to downtown, 4 percent are by bike. These numbers might sound small, but it’s important to consider that bike commuting is on the rise: Between 1990 and 2017, San José saw a 28 percent increase in commute trips made by bike.

But not all trips are commute trips; in fact, in San José, only one in five trips are to and from work. That’s especially true in these teleworking times. Encouragingly, the plan notes that 60 percent of all trips people make in the city are less than 3 miles long. Those short trips, combined with the city’s mild climate and flat terrain, make biking a good option, creating the opportunity for the city to achieve its bold goals.

The Better Bike Plan 2025 includes a five-year action plan of prioritized projects to implement and coordinates with the city’s paving program to save money. It offers a range of costs to make these changes, from quick and temporary to more permanent, that total roughly $300 million.

The prioritized projects listed in the plan — the list of streets where bike improvements will go — were chosen with three aims:

What comes next: A time for action

In this difficult year, many cities have been finding creative ways to help their residents get around safely, healthily and affordably. Biking nationally has boomed. San José has launched an Al Fresco program that repurposes streets for outdoor dining.

In March, nearby Oakland launched the nation’s first and most ambitious "Open Streets" program along its planned bike network, acting quickly to make those streets safer by discouraging most car traffic. Oakland’s Open Streets program also creates more safe outdoor areas for people in neighborhoods with less access to open space, reduces crowding at Lake Merritt and other parks and frees up more space for social distancing than sidewalks typically offer. Oakland recently released a report to help cities in the Bay Area and beyond learn from its example.

San José has a less dense footprint than Oakland, but its residents still have a great need for safe, affordable transportation in these times. The city can take its thoughtful Better Bike Plan as a starting point to act quickly, and rebuild its streets to bring safe biking to all. 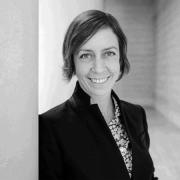 See all by Elizabeth Stampe