Approximately 200 miles above the Earth's surface, two satellites circle the planet, always between 106 and 193 miles apart. But while these twins -- called Gravity Recovery and Climate Experiment (GRACE) -- live in space, they're providing invaluable assistance in managing natural resources on the ground.

GRACE has created a unique picture of groundwater level changes around Earth over the past 11 years. This information already is helping water users and policymakers manage scarce groundwater resources in California, the Tigris-Euphrates Basin and several other locations around the world. It's also providing an example of how satellites and remote sensing are reshaping the water world.

"GRACE and other satellite projects like it are opening new frontiers for water resources management," said Betsy Otto, director of WRI's Aqueduct Project.

Bank accounts with no balance

Approximately 26 percent of the freshwater withdrawn in the United States every day comes from groundwater, according to the U.S. Geological Survey (USGS). That number varies in different regions and countries, but groundwater-storing aquifers are an important source of drinking water and a primary buffer against drought around the world, offering more stable supplies when surface sources such as lakes and reservoirs are depleted. But in many parts of the world, little or no information is publicly available on how much water a given aquifer contains. It's rare to know how much water people are withdrawing or how this relates to replenishment rates.

Even in a developed state such as California, land owners can pump underground water without any reporting or metering. On private land, owners only pay for their pumps' electricity -- not for the water they consume. The specifics, of course, change around the world, but ignorance of groundwater levels and sustainable withdrawal rates is the common denominator.

That's where GRACE comes in.

As the satellites orbit the earth, one crossing a given point 106 to 193 miles in front of the other, they constantly monitor the distance between them with incredible accuracy. The first satellite moves up and down depending on the amount of mass on Earth below it. The greater the mass beneath it, the more gravity acts upon the satellite and the farther down it moves.

Water happens to be especially heavy, so depletion of a water-rich aquifer will cause a mass loss that will lessen gravity's tug on the satellites, allowing them to drift a tiny bit further away from Earth. The small movements of the GRACE satellites (PDF) are detectable, even if only one-tenth the width of a human hair. Researchers have created an accurate database of groundwater-storage change in water basins by monitoring how much the distance between the satellites changes on a month-to-month basis.

These satellites provide transparency and necessary data that can make up for the lack of on-the-ground monitoring of water resources around the world. For example, the Middle East's Tigris-Euphrates basin experienced significant drought in 2007, with GRACE satellites detecting decreasing groundwater levels in northern Iraq. Researchers learned that Turkey's well-developed canal and reservoir infrastructure could store enough water to sustain crop yields during the drought, but Syria and Iraq had no such infrastructure. Their farmers were forced to draw on groundwater.

Agricultural yields in Syria and Iraq plummeted after 2007. Turkey -- the upstream user -- refused to release additional flows to the neighboring countries, and water stress became so severe that some farmers abandoned their lands and migrated to Baghdad. As of this year, the region had the second-fastest rate of groundwater depletion on Earth, after India.

Researchers in Turkey, Voss said, at times have refused to release their water-related data, citing security concerns. But the GRACE remote-sensing technology has created a bypass around the reluctance of many countries to release their data.

"Water in trans-boundary river basins must be managed efficiently, equitably and sustainably," said Charles Iceland, senior associate for WRI's Aqueduct project. "This is not possible without data openness and transparency."

GRACE and other satellite systems like it have made remarkable progress in spotlighting global water risks. In California, the data and associated research have helped inform a complex federal, state and local policy discussion since 2010. The next step toward better water management solutions is contextualizing and translating this information into user-friendly online tools.

To that end, WRI's Aqueduct team will work with GRACE researchers, led by Jay Famiglietti, professor of earth system science at UC Irvine and director of the UCCHM. During the last 15 years, Famiglietti and his team have pioneered the methods for using GRACE to track changing levels of aquifer storage. Over the next year, WRI will work with Famiglietti and the UCCHM to incorporate this new groundwater data onto Aqueduct's interactive water maps and global water risk assessment tool.

"You link something [like GRACE] into Aqueduct, where you combine the hydrologic data with other indicators and socioeconomic factors, and I think it becomes a really powerful tool," Voss said. "It becomes leverage for water managers and for politicians to hopefully start acting."

"We will take this really interesting satellite data about groundwater depletion, translate it into maps on the Aqueduct platform so it's easy to understand, and share it with the world," Otto said. "It's harder to ignore something when you can actually visualize it."

Satellite image by lexaarts via Shutterstock. 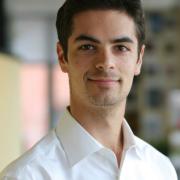 See all by Andrew Maddocks