Saving seeds in the North Pole

With American climate policy now highly uncertain, the founder of the Svalbard Global Seed Vault talks about his efforts to protect our agricultural future.

Since 2008, deep inside a mountain on a permafrost-crusted archipelago near the North Pole, the Svalbard Global Seed Vault has been open for business, soliciting and accepting sample seed collections from partner seed banks around the globe.

Its mission? To preserve as much of the world’s crop diversity as possible, in order to ensure that our agricultural systems remain viable as climate change and other instabilities close in around us. To date, this one-of-a-kind facility — its location chosen partly because of its year-round cold temperatures — has received more than 860,000 seed samples from around the world.

The creation of the vault was undertaken by the Global Crop Diversity Trust (now the Crop Trust), under the directorship of Cary Fowler, a tireless advocate on behalf of food security for decades. With U.S. climate strides in danger of being unraveled and the future of our agricultural policy uncertain, Fowler discusses his new book about his work on the vault, "Seeds on Ice," what the vault has managed to accomplish to date and what work still remains to be done.

Civil Eats: "Seeds on Ice" was just published in September. What was the impetus for putting it together now?

Cary Fowler: There’s been a lot of media attention around the Seed Vault, but at a certain point, it occurred to me that the full story hadn’t been told. Mari Tefre is the only photographer who was there at beginning; she lived [in Svalbard] and covered the building of the vault from start to finish. I wanted to put her photographs out there so everyone could see the breadth of the project. 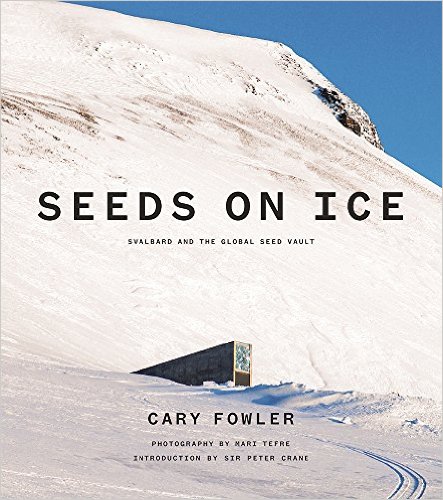 Civil Eats: Would you call the Seed Vault a success so far?

Fowler: What we’ve managed to do is collect a significant portion of the diversity, certainly of major crops in terms of cereal grains. As far as humanly possible, we’ve put an end to the extinction of crop diversity with what we have stored there. That’s pretty important.

Civil Eats: Is there room to do more?

Fowler: There will always be diversity we don’t have in the vault. There are also crops whose diversity can’t be conserved through raising seeds, so there have to be other mechanisms for preserving them, ranging from field collections — having plants in fields that are tended — to tissue culture to the cryopreservation of tissue in liquid nitrogen. Sometimes people say, "Could you do those things at Svalbard?" No, not really. That facility is designed for the sole purpose of conserving seeds.

Civil Eats: Do you feel that protecting non-seed crops is something the vault should have planned for?

Fowler: The Crop Trust is overseeing individual efforts around the world to protect those kinds of crops, so that work is being done, too.

With the Seed Vault, we stuck to what we knew we could do. [With an operating budget of $250,000 a year], it had to be simple and sustainable and cheap to run, so we couldn’t have labs up there, or import liquid nitrogen from across the ocean. A lot of people say, "How many people work up there?" And I say, "Zero." On a per sample basis, the Seed Vault is cheaper [to run] than any other seed bank in the world. 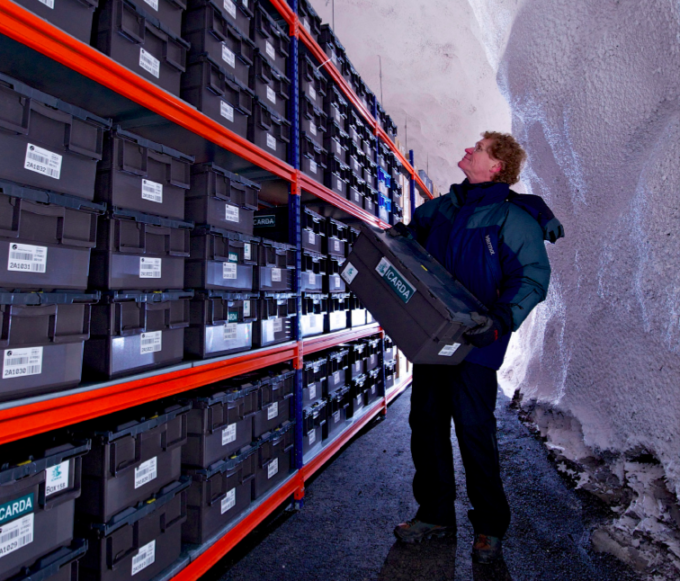 Civil Eats: Will the vault’s work ever be completed?

Fowler: We’re getting to the point where we’re seeing diminishing numbers of incoming samples of some major crops. But evolution continues, and diversity is not a fixed quantity. There are ongoing gaps [in the collection]. The gaps I most worry about are the more minor, or underutilized, crops.

There’s not as much plant breeding going on for those crops, or none, save what farmers are consciously or inadvertently doing by saving seeds year after year. Climate change is obviously already causing migrations of pests and diseases, plus giving us new and more variable weather. How can [these minor] crops adapt [to these conditions] if we don’t have large collections of diversity, and we don’t have a mechanism for getting diversity into the hands of plant breeders or farmers?

Civil Eats: Why are these "minor" crops important, if the "major" ones are covered?

Fowler: If you look at [them] cumulatively, they occupy more land than is used for growing rice on the planet. That’s not insignificant. When people ask, "Why don’t you just save the diversity that’s important, the best rice varieties?" we have to tell them there’s no such thing as the "best" when it comes to diversity. I can say that a St. Bernard is better at rescuing people than a chihuahua is. But that doesn’t mean the chihuahua doesn’t have genes and traits that will be useful in the future.

Early on we decided we were not going to make value judgments — that would be the height of arrogance. We don’t have a crystal ball; we don’t know what the environment is going to throw up against our crops. We’ll try to collect samples of all the diversity, if not necessarily all the varieties. And that made management a lot easier, because we didn’t have to play god. Also, fortunately, the Seed Vault is inside a big mountain so space is not at a premium; we have room for more than exists.

We don’t have a crystal ball; we don’t know what the environment is going to throw up against our crops.

Before I left, the Crop Trust launched a program to collect wild relatives, which is where the remaining diversity exists. It is fairly humbling to look at this broad range of crops, many of which have strange names that you and I have never heard of before, that have provided food for human beings over millennia. And here they are in a situation in which more protection is needed than ever before in their evolutionary history. That speaks to a larger reality going on in the world, which should give us pause.

Civil Eats: The first withdrawal from the Seed Vault, from a war-damaged seed bank in Syria, was made in October 2015. Was that sooner than you anticipated?

Fowler: When we were conceptualizing the Seed Vault, we thought that it would be used for the first time more because a partner seed bank would take out some of its seeds to test and find out, gosh, all the seeds in that sample are dead, or they’ve been misfiled and lost. But it turned out it was Syria.

I worked with a partner seed bank from the beginning of the Arab Spring, to be sure to get their seeds to Svalbard quickly. In partnership with the fantastic staff at this institute, we managed to get seeds out in the last shipment coming out of Syria, two weeks before fighting erupted.

Of the 100,000 samples the institute deposited, they got 30,000 back. They have to grow them and get fresh new supplies to restock a new seed bank, then send a portion of those back to Svalbard, and they don’t have the land or capacity to process more than that.

One thing I would like to stress, though, is that the seed bank was an international center, not Syrian, and it had a collection of major crops: wheat, barley, chickpeas, lentils and this lovely little grass pea I love. It was a collection of diverse crops not just related to Syria or the Near East; it was a collection of global importance and global use — a collection strong in traits for heat tolerance, drought, things that are important in the U.S. and everywhere these days [because of climate change]. If this collection had been lost, it would have been a major global event in agriculture. 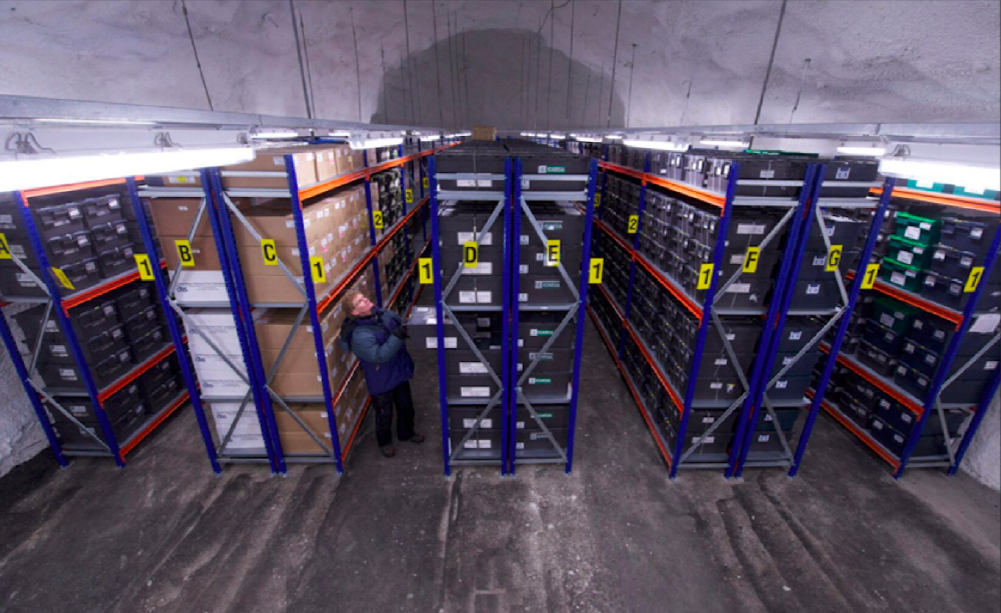 Civil Eats: Do you think we’re going to see withdrawals pick up from now on?

Fowler: Yes, I think so. The first couple of years, the deposits were coming from the best, most secure seed banks. But now that we’re filling in gaps and getting involved with a lot of smaller seed banks, seeds are coming in from many countries and institutions that have their own share problems. We not only have a much broader range of diversity, but a broader range depositors, which I think means we’ll be getting more calls for withdrawals.

Civil Eats: Is there anything you wish the Seed Vault had that it doesn’t?

Fowler: The Crop Trust is a structured endowment, and for the Seed Vault I would replicate that endowment. That would provide recurring income every year in perpetuity for supporting not just the Seed Vault in Svalbard, but also depositing institutions.

The next thing we need to support is improved information about this diversity. In some cases, we have samples, but we haven’t screened them enough, so we don’t know what traits they might have. The purpose is to have these seeds available for use in the agricultural system, and we can’t use them if don’t know what they are.

We also have to support more plant breeding. There are six banana breeders in the whole world. That’s remarkable for our fourth or fifth most important crop. I would love to see more young people getting involved in breeding these crops, and I would like to see them getting support. The cost benefit for everyone would be enormous. 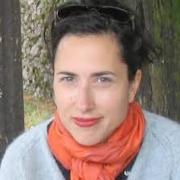 See all by Lela Nargi