This article originally appeared at 2degrees.

A few years ago, mushrooms were something that accompanied beans and hash browns for breakfast, and even comprised the meat-free substitute in your veggie sausage. Now, you’ll still find mushrooms on your dinner plate, but you’ll also find its derivatives lining your walls and packaging products. Not only that, but you’ll soon be able to grow it yourself.

Ecovative is the U.S.-based company behind Mushroom Materials, which is made from agricultural waste (stalks and seed husks ) and fungal mycelium (a natural, self-assembling glue). In September, the firm will release a “Grow It Yourself” kit in the U.S., containing bags of living Mushroom Material, the base for its innovations such as plastic and insulation. Because Ecovative doesn’t want to keep the fungi to itself — it wants everyone from designers and artists to educators and innovators to develop all kinds of compostable products and projects.

Take designer David Benjamin, principal architect at The Living: He took a few bags of live Mushroom Material and grew them into bricks that he had designed himself. He then went back to Ecovative, which helped him manufacture his bricks at scale. Three months and 10,000 bricks later, the 40-foot Hy-Fi tower was born, representing the largest structure made from Mushroom Materials to date.

Yes, mycelium is making its debut in everything from lamp shades, flower pots to an “awesome” surfboard. The firm recently asked budding innovators people to share their ideas for using the kit in a social media contest. The winners, announced at the beginning of the month, came up with some innovative (and somewhat unusual) ideas. “We’re looking forward to seeing our three winners create products along the lines of pet coffins, personalized acoustic panels for band rooms, and Styrofoam cup replacements,” Eben Bayer, Ecovative’s CEO, told me.

Future kit owners are free to keep, sell or even scale up their design as Benjamin did. Ecovative can help with the latter at its New York-based production facility, which consistently can replicate designs to a high quality.

The company has come a long way since Bayer co-founded it in 2007. His TED talk back in 2010 now has just shy of a million views (“TED was an amazing experience”), and the few years then since have been keeping the young inventor pretty busy, including progressing from a production process that “relied on duct tape and used equipment” to inhabiting two state of the art facilities in New York and Iowa.

Are mushrooms the new plastic?

Bayer said Mushroom Materials are a way for businesses to achieve their sustainability goals, without having to compromise on cost or performance. (The 10-pound Grow It Yourself kit will be $19.99 plus shipping and handling, if you’re wondering.)

The company’s kick-off product was its Mushroom packaging — a Cradle to Cradle gold certified alternative to conventional plastic. The likes of Dell, Puma, and Crate & Barrel used the fungi-based material in the U.S., before Ecovative expanded it to the European market.

Application since has expanded into the building sector. “Mushroom Materials are cost competitive to standard foams,” the CEO said. “Our insulation will be similar to rigid board insulation, providing a tight envelope with few thermal bridges, resulting in a more energy efficient building. Mushroom Insulation is safe to touch and be installed without any special safety gear.” Plus, it achieves a class A fire rating with no toxic fire retardants required, he added.

This has been road-tested with the tiny mushroom house, which is insulated with the natural material rather than shaped like the vegetable, as the name might suggest. The project can be replicated by anyone with a buddy and two months of free evenings and weekends.

So — packaging, insulation and bringing Mushroom Materials to the masses. What’s next? The company now has its beady eye on wood, and has engineered a replacement called Myco Board.

“Current engineered woods are held together with urea-formaldehyde, a known carcinogen. Our technology platform binds particles together with naturally occurring mycelium,” Bayer explained. Potentially, this could outperform MDF (medium density fiberboard) and particleboard, he adds.

“Looking farther into the future, we’re looking forward to leveraging mycelium to synthesis new compounds during growth while will augment and enhance our products with more capabilities. We have also developed a purified form of our biopolymer which is lightweight, and very strong.” 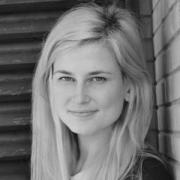 Mondelēz to measure sustainability of its coffee farmers

Is global cotton at risk unless brands help farmers save water?

See all by Victoria Knowles