What does “conventional agriculture” mean? What about “sustainable”? Now, try putting these two concepts in one sentence and exacting meaning from it.

Experts in farming and sustainability gave it their best effort in a conversation moderated Tuesday at VERGE SF 2014 by Jonathan Kaplan, director of the NRDC's food and agriculture program.

“We only had 'agriculture' before the advent of organic standards.   Whether conventional or organic, agriculture can not be sustainable,” stated Brian McElroy, national supply VP of California berry grower Driscoll's. “We don't even know what 'sustainable' means," he added, pointing out that organic standards don't address water use or greenhouse gas emissions.

He mused that “low-density grazing with no irrigation may be sustainable,” before stating the obvious: a common challenge with many sustainable models (including the one he had just given) is that they don't scale.

Which sent the crowd that packed the small room back to square one with regard to the topic at hand: Can conventional agriculture scale sustainably to address population growth, increased demand for animal protein, and water scarcity?

Rainforest Alliance president Tensie Whelan offered a clear map of the journey to get there. She took the stand that “conventional agriculture” refers to the kind of food production that is currently responsible for 60 percent of global water consumption, uses nitrogen that pollutes soil and waterways, causes close to 20 percent of global greenhouse gas emissions, and doesn't provide most farmers with a decent livelihood.

“The question is how do we support the vitality of the farm ecosystem while ensuring that the economics work? Reducing water use and soil degradation are priorities, and we know how to do it,” she said. “Our work with Chiquita has yielded a 24-percent productivity increase and 12-percent cost reduction,” she offered as an example. “So yes, conventional agriculture can scale sustainably.”

Strategic Conservation Solutions founder Bruce Knight, a third-generation rancher who raises cattle and grows soybeans in South Dakota, made the case that “sustainability is not a 'thing' but a process of continuous improvement.”

He explained that his “pesticide use today is better than 30 years ago because [he] ha[s] access to better products that provide higher efficiency and less impact on the environment.”

As for the use of fertilizer, it has been improved through the use of satellite imagery that has opened the era of “precision agriculture”, or the ability given to the farmers to “farm by the inch,” thus reducing the use of excess fertilizer.

Technology, however, is no panacea. For one thing, it needs to be applicable wherever small farmers, who produce more than 70 percent of the global food supply, operate around the world, stressed Whelan. Which means it needs to be cheap, easy to deploy and to use, and must be provided together with the appropriate training — no easy feat.

Most importantly, a better understanding of biological processes and how they can be applied to improve agriculture sustainability is what's truly needed, was the panel's consensus.

“Better practices designed to improve the biology of the farm ecosystem already enable small farmers to improve their yield by 20 percent,” Whelan said. “No technology required — although connecting farmers around the world to learn from each other would certainly be beneficial.” 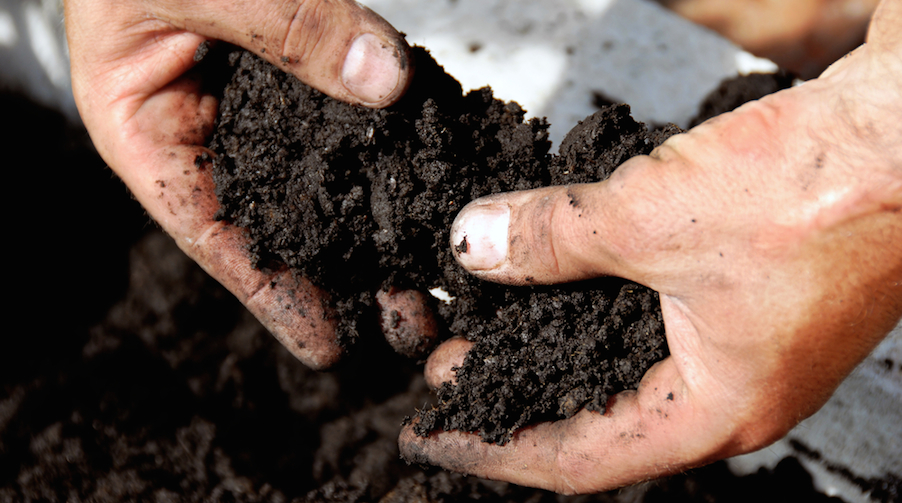 McElroy deplored the lack of research in agriculture biology, such as exploring beneficial insects. “There's no money to be made, so biology gets overlooked,” he said.

On cue, Knight appealed to the entrepreneurs in the room to develop a process to separate phosphorus and nitrogen from manure in order to produce fertilizer.

“The organic crowd calls it 'compost' but the ag industry understands the language of 'dry fertilizer' better,” he said. Another needed field of research is soil health, as improving organic matter in the soil by 0.1 percent results in retaining 27,000 gallons per acre in the soil, he said.

As was to be expected, however, no consensus could be found on the most polarizing of all ag technologies: genetically modified organisms. GM soybeans are effective against pests, stated Knight, and that's the reason he uses them on his farm.

On the other hand, Driscoll's view is that GMOs don't support its mission to “delight the consumer,” stated McElroy. At the same time, the berry company uses biotechnology to map the genome of its plants, find markers and support its efforts to breed better fruits the traditional way.

Biotechnology, like most technologies, simply fail to address the main issues that small farmers face around the world, such as drought or poor soil quality, said Whelan. Effective initiatives call for better practices and reformed financing systems.

In the end, there is no doubt that agriculture is moving towards improved sustainability. “Big companies need to worry about the long-term reliability of their supply chain, and just as importantly consumers care about sustainability — it makes agriculture sexy,” commented Whelan.

“Consumer pressure is very, very powerful,” concurred Knight. “That's a big reason to explain the significant investments made by the US pork industry into life-cycle analysis .”

Just how powerful consumer pressure will be to decide the fate of controversial GMOs in a world where conventional agriculture strives to scale sustainably remains to be seen.

Image of hands with soil by julija sapic via Shutterstock 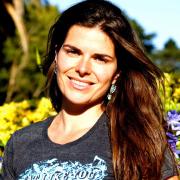 A mosaic of solutions for one-planet prosperity

Nature-driven innovation lays the design for a thriving world

Why open-source seed breeding is critical for food security

See all by Laetitia Mailhes