What if we started to think about addressing the crisis not by looking for the silver bullet, but for many scaleable innovations that can move the needle, fast.

[GreenBiz publishes a range of perspectives on the transition to a clean economy. The views expressed in this article do not necessarily reflect the position of GreenBiz.]

It’s easy to feel frozen by the enormity of the climate crisis: Its global nature. Governments unwilling to act. Enormous polluters dwarfing the impact of any individual or corporate action.

But what if we started to think about addressing the crisis not by looking for the silver bullet, but for many silver buckshot — a bunch of scalable technologies that could begin to move the needle, fast? There are scalable and immediately impactful innovations that fit that bill.

The recent Russia war on Ukraine offers an initial roadmap. Europe's dependence on Russian energy sources, mostly oil, and the cost of energy worldwide, means action now became a must — not in decades or years, but months. In response to the crisis, the world began looking for alternatives.

Electric air source heat pumps, which can heat and cool buildings extremely efficiently, quickly rose to the top of the list of priorities. The International Energy Agency estimates they "could satisfy 90 percent of global heating needs with a lower carbon footprint than gas-fired condensing boilers." And according to a report by Rewiring America, 42 percent of all energy-related U.S. emissions come from the home.

After Russia’s invasion, prominent environmentalist Bill McKibben called for "Heat Pumps for Peace and Freedom" and invoking the Defense Production Act in the U.S. to produce this nascent technology. On June 6, President Joe Biden’s administration smartly did just that, and incentives for them were included in the climate portion of the Inflation Reduction Act. According to Bloomberg, heat pumps are so efficient at converting power to heat that even if the power grid ran entirely on natural gas (which thankfully it increasingly does not), heat pumps powered by it would use less than directly gas-powered furnaces do, as we transition the grid entirely to renewables.

A second small, scalable technology is micromobility — e-bikes and e-scooters. Like heat pumps, these lightweight vehicles are superefficient but in this case at doing the job of moving people around cities.

Due to their efficiency, many popular e-bikes can travel over 2,000 miles on a charge for the same price as a single gallon of gasoline. New Yorker columnist Jill Lepore calls bicycles "the workhorses of the world’s transportation system," noting that more people get places by bicycle than by any other means, unless you count walking. Because e-bikes and e-scooters can readily replace cars for short trips under three to five miles, they have the potential for massive carbon pollution savings.

Lime, the global leader in shared electric mobility, has helped riders take more than 350 million shared bike and scooter trips. With an average global mode shift from cars of 25 percent, Lime riders have prevented more than 79 million car trips. To put some perspective on it, that’s enough cars that riders decided not to get into to create a global bumper-to-bumper traffic jam to wrap around the Earth more than 12 times.

A recent Oxford study found that cycling is 10 times more important than electric cars in reaching our net-zero goals. The benefits of e-mobility can be immediate, requiring little infrastructure.

Policymakers seem to be taking notice: San Francisco is giving away e-bikes for delivery workers, and Washington, D.C., is helping teachers with a $200 incentive to buy bikes. Vermont is the first state with an e-bike program with a $400 rebate, and most major cities around the globe are embracing popular e-bike and e-scooter sharing programs.

When a car is enabled with bidirectional capability, a small device can turn these vehicles, which sit stationary 96 percent of their lives, into mini, highly distributed, grid-stabilizing power banks. While renewables such as wind and solar are intermittent, their clean power can readily be stored and then discharged at times of energy demand, effectively balancing out the grid to allow more renewables to take over an ever-greater share of power production.

We all get alerts from our utility of "peak events" to cut energy use when power is most expensive. They are also the most carbon-intense.

Duke Energy and PG&E are both testing this very concept on their grids, and Highland Electric Fleets buses delivered 7 megawatt-hours in V2G in Beverly, Massachusetts, while school was out this summer. According to California’s grid operator, batteries cover 6 percent of on-peak capacity. Bloomberg reported that in 2017, when grid-tied batteries first appeared, they covered just 0.1 percent of peak, a 60-times increase. Scaling EV batteries paired with the right utility incentive to compensate customers could lead this to ramp even faster.

Small technologies that can help further decarbonization can be found proliferating throughout the innovation ecosystem, from companies such as Orange, which is taking the barriers out of multi-family charging with a palm-sized smart outlet; Kiwi, deploying small autonomous (electric) robots that are replacing 2-ton gas vehicles for food delivery; or Resonant Link, which is poised to help electrify our ports and distribution centers through a compact coil innovation to enable faster, more powerful wireless charging.

There are times when technology seems to meet a moment when it’s most in need, like the cell phone camera fueling the Arab Spring. With so much innovation happening around electrification, we may be seeing just such a convergence of technology innovations where relatively small, but scalable solutions are providing new opportunities to deliver outsized carbon savings.

While these solutions aren’t a climate panacea and won’t replace the necessary policy and technology shifts required to address the crisis, they provide a path forward toward decarbonization — and a quick, scalable one at that. 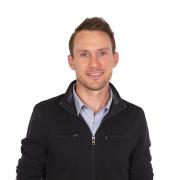 See all by Andrew Savage