Despite the low decibel interest in COP17 among much of the U.S. media, COP17 is a big deal. "It is the largest and most important event ever held in Africa," proclaims James Nxumalo, Durban's mayor. Approximately 20,000 people from 200 countries are expected to attend -- 15,000 accredited delegates and 5,000 others including NGO and industry representatives, activists and media.

COP17 unfolds on an expansive campus, the Inkhosi Albert Luthuli Convention Centre (ICC) and Durban Exhibition Centre (DEC). The location is proximate to Durban's downtown core, the beach, as well as hotels and venues that host an array of side events. With the warm tropical air, the distant float of African music from the streets, and the colorful array of basic and traditional clothing among attendees, the vibe is more festive than political.

Durban itself is a vibrant city of contrasts. Local, open markets and artisan stands thrive alongside a sophisticated urban environment. Within miles, third world townships give way to vast rural landscapes. On the route back to our brand new, modern, green hotel, we passed a woman in traditional African dress carrying a basketful on her head.

As host city to the most important climate-related event, Durban made great effort to become even greener. The ICC complex already had a number of green features -- large glass facades for natural lighting, energy-efficient fittings and air conditioning systems and indigenous landscaping. Even so, the COP facilities and the surrounding area underwent an energy retrofit.

Despite the mounting challenges of climate change, the atmosphere among attendees is collegial and optimistic. There is a true sense of unity in purpose. 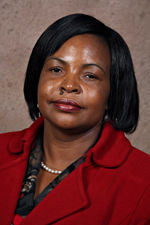 Perhaps some credit can be directed to the woman at the helm, COP17/CMP President and South African Minister of International Relations and Cooperation Maite Nkoana-Mashabane. She has a measured, highly diplomatic way. She appears to maintain focus, momentum, and equilibrium.

This first week of negotiations involves the 500 delegates. Generally, the rhythm of the negotiations intensifies midway through week two, when approximately 100 country ministers arrive to finalize agreements. Maite Nkoana-Mashabane is determined to establish a good foundation prior to their arrival and reduce the risk of any last-minute surprise or course change.

To date, the U.S. position has focused less on Kyoto, and more so on follow-up to the Cancun agreements. This includes the REDD Forest initiatives, the Green Climate Fund to finance climate adaptation and mitigation, and the Technology Transfer Initiative.

There is a general sense that the Green Climate Fund may be the most critical of the Cancun Agreements and the most important outcome to secure in Durban. Delegates are tasked to structure and confirm funding sources for the Fund.

Andrew Light, a senior fellow specializing in international climate policy at the Center for American Progress in Washington believes it is the most vital issue for COP17.

"All the pledges made by the major emitters are sufficient to get us two-thirds of the reductions we need by 2020," Light said. "It's possible to get the final third with about $60 billion in additional funding, which is why we need to get this green climate fund going.... That's the quiet but most important part of the meeting."

COP17 may not have the spotlight that Copenhagen did. Still, it is the event that holds greatest promise to make material unilateral progress to address our global climate challenge. The outcomes next week will tell the tale. It's off to a promising start. 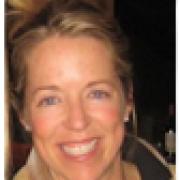