The USGBC has at least nine green building rating systems. The CEO of the new arc platform explains what you need to know.

One of the big announcements from Greenbuild in Los Angeles this month was the formation of a new for-profit technology venture between the U.S. Green Building Council (USGBC) and Green Business Certification Inc. (GBCI) called arc, set to launch later this year.

Arc is meant to serve as  an online platform where any project — from buildings exceeding LEED Platinum level to those not yet meeting basic green prerequisites — can participate and immediately start measuring performance across any rating system or standard, make improvements and benchmark against the industry. The goal is to make data gathering easier and as a result, to make greening the building industry more accessible — not just for the top 25 percent of buildings originally targeted with LEED.

This is a significant move for an organization affiliated with at least nine rating systems: LEED, WELL, PEER, GRESB, SITES, EDGE, ParkSmart, Zero Waste and ICP.

Scot Horst,  USGBC’s visionary chief product officer and arc’s incoming CEO, indicated at Greenbuild, "The new LEED strategy is to go higher, lower, broader and wider." And arc is intended to be a key to this strategy.

The new LEED strategy is to go higher, lower, broader and wider.

I recently caught up with Horst to learn more about arc, his upcoming transition as its first CEO, and what’s next for the green building industry. (The following has been edited for clarity and length from two conversations.)

Elaine Hsieh: First things first. Tell me about how the idea of arc came about.

Scot Horst: Rick Fedrizzi [USGBC’s founding chair and CEO], Mahesh Ramanujam [USGBC’s incoming CEO and current COO] and I have been working on this idea for a long time with the belief that arc is the next step in an organization, and a group of organizations, focused on transformation. USGBC spun off GBCI in 2008 to focus on certification, and now GBCI is spinning off arc to focus on technology.

Hsieh: How does arc tie into your work as USGBC’s outgoing chief product officer and especially the LEED Dynamic Plaque? Is the plaque going away?

Horst: Arc is a continuation and a natural outgrowth of the LEED Dynamic Plaque [which] is not going away. The only change is the name and how it will integrate with other systems in the future.

The future of green building is not rating systems.

Today, we can use real data from meters to measure performance and provide a score that is based on metrics and algorithms. This is a natural next step to stay up-to-date. But we need to keep pushing to find ways to measure the outcomes of all LEED credits.

The only difference is that arc is designed to support LEED without being LEED. Volunteers still write the intents and requirements of the credits in LEED. Arc is the system that measures the outcomes of those credits using data from buildings and technology to provide a score. 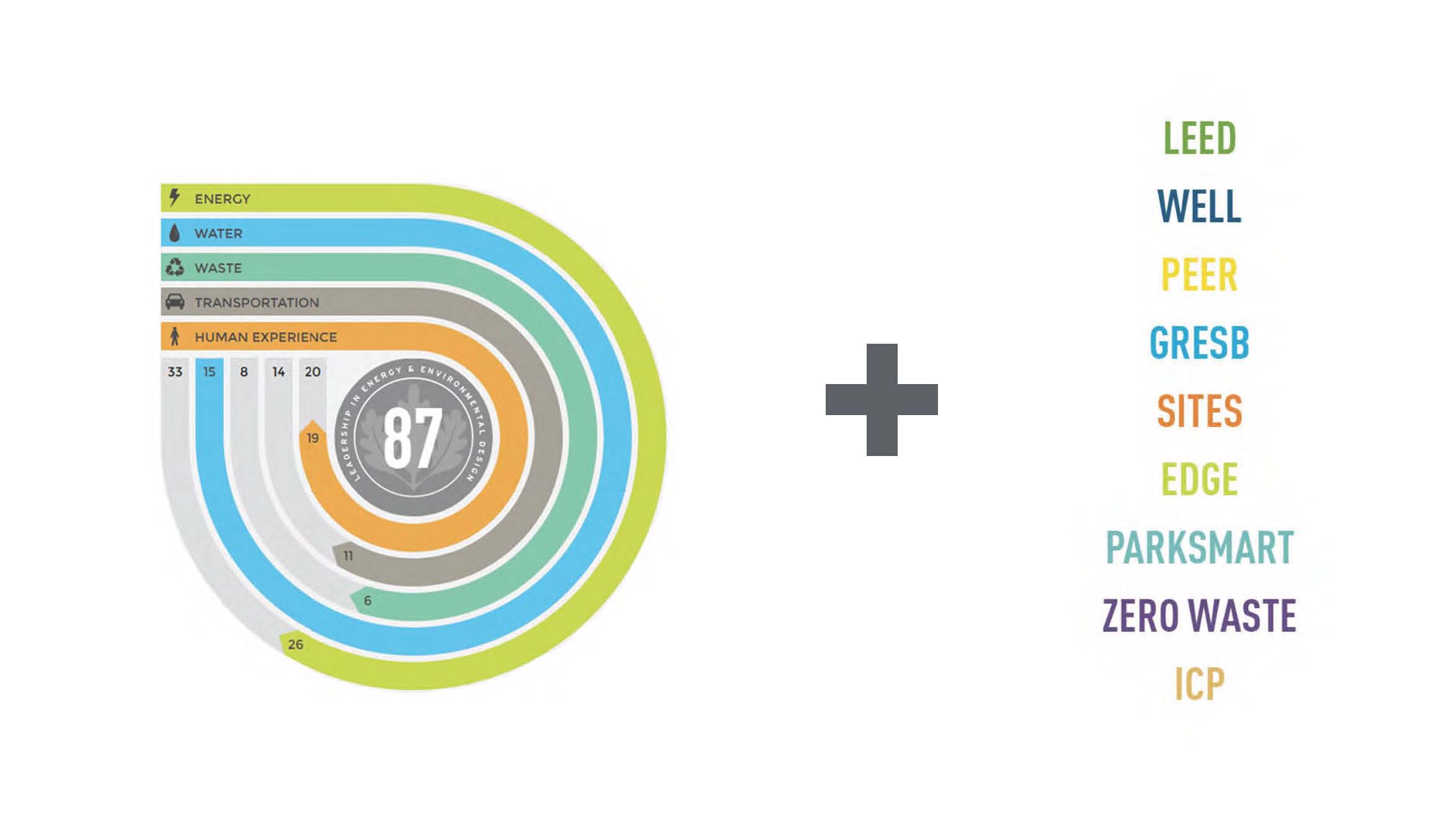 Hsieh: During the closing plenary at Greenbuild, Ramanujam declared "a new digital USGBC." Clearly, arc is a big part of this. How can two non-profit organizations (USGBC and GBCI) be so connected to a for-profit company (arc) without conflict of interest?

Horst: Organizations are human tools that we use to create transformation. We would all agree that there are many examples of for-profit organizations that have and do create different types of transformation, both good and bad. Arc is meant to function as a start-up technology company whose sole focus is to support the missions of the non-profits. I think this will be seen as a new way to support non-profit causes.

Horst: LEED for Cities, recently approved for pilot by the LEED Steering Committee, will use the arc platform to provide a global city score based on data. The program asks that a city, district, community with a boundary and a governing body, set goals on carbon, water, waste, transportation, prosperity, equity, education and others and then plan on how to meet the goals. The performance score tracks their progress and puts them on a common scale with others around the world.

The coolest thing about data is it tells you where you are. The coolest thing about a score is it tells you how you compare to others. Our basic approach is to continue to develop rating systems but also to focus on using technology to measure the results of doing the rating systems. In this way we expect that the future will allow greater flexibility to get to market transformation.

Creating credit requirements based on strategies achieved remains important as guidance for what to do, but the performance score becomes the way to show if what you’ve done is making a difference. The flexibility ultimately ends up with the user because if you can get to the same results without using the prescribed path, then we encourage innovation while at the same time benchmarking ourselves against each other.

LEED for Cities starts with this approach instead of using it on the back-end, as we did with the LEED Dynamic Plaque (designed for ongoing certification). Now with arc, we are testing the performance approach as a way in to LEED for Existing Buildings as well as LEED for Cities.

Another benefit of the flexibility of performance is how the performance score relates to other programs. Instead of us saying that you can only do LEED to get a LEED performance score, we are saying, "Do all the great work you are already doing; work with any program that works for you." We only ask that you set goals, plan and commit to share your data so we can provide a performance score and tell you how the work you’re doing is working relative to your own benchmark as well as local and global benchmarks.

This is a for-profit built to provide profit to the non-profit.

Hsieh: True market transformation will need to "lift all boats" including smaller buildings, which are generally under-addressed in the green building market. What do you think are the key factors that would motivate change for these building owners and tenants?

Horst: Our current system is based on recognizing leaders that have shown the ability to be in the top 25 percent of all buildings. Our new approach is that leadership can occur at any point and anywhere.

Horst: Arc is an extremely rich word. Rick Fedrizzi gets all the credit for the word as a name. It was his idea. Its origins come from the arc that the sun travels during the day over the sky. Modern language use comes from the ancient Greek that comes from the sound "rk." It is a noun, a verb and a prefix, most notably used in "architecture," "archeology," etc.

The best part of the word is that it is about connection. An arc is something that carries from one place to the other. That is the mission of arc. The mission of arc is to connect all actions that create a higher quality of life.

Editor's note: Rick Fedrizzi remains CEO of the USGBC until later this year, when current COO Mahesh Ramanujam steps into the CEO role.