Crucial global goals to reduce hunger and poverty and curb climate change have gone backwards or stalled, the United Nations Secretary-General warns in a recent report, as the COVID-19 outbreak moves from being a health crisis to becoming the "worst human and economic crisis of our lifetimes."

The number of people suffering hunger has increased, climate change is occurring faster than predicted and inequality is increasing within and among countries, António Guterres said in his "Progress towards the Sustainable Development Goals" 2020 report.

The 17 Sustainable Development Goals (SDGs) were launched four years ago to address the most pressing global needs for a sustainable future, including education and health improvements and reductions in social and economic inequalities.

"The effects of the pandemic and the measures taken to mitigate its impact have overwhelmed the health systems globally, caused businesses and factories to shut down and severely impacted the livelihoods of half of the global workforce," he said in the report.

It comes on top of an existing slowing in progress towards many SDGs, and Guterres had launched a Decade of Action in September to turn things around.

The latest report published May 14 illustrates "the continued unevenness of progress and the many areas where significant improvement is required."

The report has been released ahead of U.N. Economic and Social Council high-level meetings scheduled for July to provide a global, data-driven overview of the SDGs.

Last year’s report already had warned that there was "simply no way that we can achieve the 17 SDGs without achieving gender equality and empowering women and girls."

In the 2020 review, Guterres says "the promise of a world in which every woman and girl enjoys full gender equality and all legal, social and economic barriers to their empowerment have been removed, remains unfulfilled."

Only half of the world’s women who are married or "in-union" make their own decisions regarding sexual and reproductive health and rights, based on 2007-2018 data from 57 countries, the report says.

Social and economic development has been shown to accelerate when women have access to mobile phones, the report says, but phone ownership remains higher for men than for women.

The pandemic is particularly affecting the more vulnerable groups … because these are the ones whose activities generally require some form of physical proximity to others.

As of 2019, less than half of primary and lower secondary schools in Sub-Saharan Africa had access to electricity, computers, the internet and basic handwashing facilities, the report states.

And the world is projected to miss the target to end poverty in all its forms as hunger increased for the fourth consecutive year and about 50 million children experienced acute undernutrition. Globally, 144 million children under 5 still were affected by stunting in 2019, with three-quarters of these children in Central and Southern Asia or Sub-Saharan Africa.

Claire Heffernan, director of the London International Development Center, a membership organization, said the SDGs are incompatible with the COVID-19 pandemic on a political level.

"The SDGs reflected the political will of the time," she said. "Today, in the midst of this pandemic, I think it’s safe to say global political will is in short supply."

Subir Sinha, senior lecturer in institutions and development at the School of Oriental and African Studies (SOAS), said he is skeptical of suggestions in the report that progress has been made on poverty, because the quality of data from national governments has become worse.

He says that wage protections and labor rights need to be made into political issues to ensure they stay on governments’ radars.

The SDG progress report comes after the United Nations predicted last month that the COVID-19 crisis could push 130 million more people into poverty in the next 10 years.

About 35 million people are expected to fall below the extreme poverty line this year as a result of the pandemic, with 56 percent of them in Africa, the U.N.’s World Economic Situation and Prospects as of mid-2020 report predicted.

The global economy is forecast to lose a staggering $8.5 trillion in production over the next two years due to the pandemic, the U.N. report says.

"[The pandemic] is particularly affecting the more vulnerable groups … because these are the ones whose activities generally require some form of physical proximity to others."

Remittances from migrant workers in the global North could face a hit — in countries such as Haiti, South Sudan and Tonga, remittances constitute more than a third of gross domestic product.

"You have an abrupt cut of people’s livelihoods and incomes, and then you’ve got different kinds of cascading effects through the bigger food system," said Sophia Murphy, senior specialist in agriculture, trade and investment at the International Institute for Sustainable Development (IISD).

There are also fears about what the pandemic could mean for long-term food security, with the U.N.’s World Food Program (WFP) estimating that 130 million more people in low- and middle-income countries may be pushed into acute food insecurity this year.

Bumper crops in some regions are at risk of being wasted. India has been hit by COVID-19 at harvest time, with crops left unpicked and difficulties getting grain to market for sale before it spoils.

This comes after rising hunger in the three years to 2018 pushed undernourishment back to levels seen around 2010.

Evidence of price rises already has emerged. In Brazzaville, capital of the Republic of the Congo, the WFP notes a 10 percent surge in the price of a typical local basket of food — comprising fish, pulses, peanut paste, cassava flour, oil and condiments — in the space of two weeks. 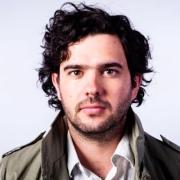 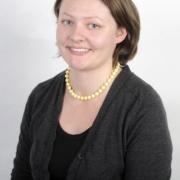