After a nearly two-year delay, the U.S. Securities and Exchange Commission has set a date to vote on a ruling that requires public companies to disclose if they use conflict minerals from the Democratic Republic of Congo and surrounding areas.

The SEC announced Monday that it would meet on Aug. 22 to consider the rule, a provision of the 2010 Dodd-Frank Act, the financial reform package.

The ruling comes amid rising pressure from consumers and humanitarian and environmental groups for companies to improve the transparency of their supply chains.

“The issue is not limited to a single humanitarian effort in Africa,” said Jess Kraus, CEO of Source 44, a company that helps businesses improve the transparency of their suppliers. “Rather, it’s about companies looking deeper into their supply chain.”

The SEC faced mounting criticism for taking so long to vote on the rule, after missing the April 17, 2011 statutory deadline.

On June 22, more than fifty members of Congress sent a letter to SEC Chairwoman Mary Schapiro urging the agency to finalize the rule after the 18-month delay.

“There is no clear reason for the delay," the lawmakers wrote. “The Commission has had more than enough time to consider and respond to all of the substantive comments from industry, civil society, investors and others."

The rule, called Section 1502, requires companies to examine their supply chains and report whether they use tin, tantalum, tungsten and gold from the DRC in their products.

The DRC is rife with corruption, child slavery and violence. Humanitarian groups accuse large companies of fueling the conflict by sourcing key minerals from mines operated by warlords and armed groups.

“I believe conflict has gone on for as long as it has because the conflict minerals and revenues from mining go to feed the rebel groups,” Patricia Jurewicz, director for the Responsible Sourcing Network, said during a recent webinar run by Source 44.

But the law has its critics. Removing conflict minerals from a supply chain isn’t easy. Most companies don’t deal directly with the mine; they rely on intermediaries. A company would therefore need to check with each of its suppliers to weed out the conflict minerals, a costly and time-consuming exercise.

Meanwhile, companies at the end of the pipeline, such as giant retail stores, say it’s not their job to ensure the integrity of the products they sell; rather, it’s the manufacturer’s job. And companies in the middle want the law to be limited to sending a warning letter to their suppliers, and nothing more.

But a number of big name companies back the bill and are showing their commitment to sourcing conflict-free minerals in other ways. As reported by Green Biz last year, HP, Intel and Sony are among the 21 companies and organizations that have joined a U.S. government-led effort to create a clean supply chain for minerals coming out of the DRC.

And a new fund, backed by some of these same companies, aims to lower the cost for smelters that wish to prove they are conflict-free.

During the Source 44 webinar on June 20, Wally Sanabria, director of corporate procurement at SanDisk, said his company had cleaned up its supply chain by using information gleaned from workshops and conferences run by the Electronic Industry Citizenship Coalition and the Global e-Sustainability Initiative.

The company currently has a 95 percent success rate, measured by how many dollars it spends on suppliers that are clean, he said.

“The objective is to deny funding to the guerilla groups,” Sanabria said. “The more dollars we have that are clean, the better off we are.”

To overcome challenges, SanDisk is benchmarking its strategy against others to improve any areas that are lacking. The company is also putting together an education program to inform suppliers about the importance of the issue, as well as working with the industry to implement effective audit programs.

Despite SanDisk's and other companies’ efforts, there will still be businesses resistant to change, said Kraus.

“There are some really great big companies doing exactly the right thing, doing it without being forced to do it," said Kraus, "while others will be dragged kicking and screaming until the end.” 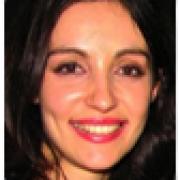