A couple of months ago, I took a crack at the first published CSR mind map that I was aware of at the time that encompassed the major concepts for U.S.-based CSR professionals.

I received a lot of different types of feedback, from what to include or not include, to how to categorize different aspects of the information, and even multiple suggestions to make a wiki version for others to help improve it.

I used a lot of great ideas from that feedback to try to improve the map and make it a bit more comprehensive. The biggest change was the addition of "Major Rankings, Ratings & Indices" as a main category to the map -- numerous people suggested this generally, while others asked about specific elements, like why the Dow Jones Sustainability Index (DJSI) was not included in the original map.

I also followed suggestions that nearly doubled the number of federal agencies I listed, including a glaring ommission in the Securities and Exchange Commission (SEC); and added Sarbanes-Oxley, among others, to the Federal Laws & Regulations (another big omission).

Because I liked the wiki idea, I also used Mind Meister to make a "private" wiki version for those who were interested in making modifications. So, if you would like to participate in trying to improve the map, please send me a message via LinkedIn, being sure not to forget your email address, and I will invite you to collaborate on that effort via Mind Meister. Please be patient, as I will wait at least a couple of weeks before compiling the list and sending invitations.

My main concern with this version is that because there is more information, the size of the text to fit it on one printed letter-size page is noticeably smaller -- for that reason, I imagine a number of readers who appreciated the first version may want to stick with that one. It will be interesting to see if any wiki participants remove items to "re-simplify" the map!

Thanks to all of those who provided feedback via GreenBiz.com and also via LinkedIn, where I posted the original map to numerous LinkedIn Groups. A special thanks and my apologies again to Bob Pojasek of Cappacio Environmental for his extensive input to the original draft -- my acknowledgement to Bob was inadvertantly left out of the earlier published version.

The public version of version 1.2 of the Sustainability Mind Map is included below. As always, I welcome your suggestions and feedback, both in the comments here and via my LinkedIn page. 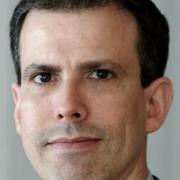 Mapping Out the Complexities of Corporate Sustainabilty

5 Predictions for Sustainability & CSR in 2011

'Sustainable Products' to Get a Boost from the EPA

See all by Perry Goldschein