The secret weapon to catalyze agriculture in Africa: Beans?

An ongoing project that encourages African farmers to plant beans as food and fertilizer could help counteract the impact of limited fertilizer take-up across the continent as highlighted in a recent report.

Global use of nitrogen fertilizer is forecast to grow by 1.4 percent each year to above 119 million tons in 2018, according to a recent report published by the U.N.’s Food and Agriculture Organization (FAO).

But less than 5 percent of that growth will come from Sub-Saharan Africa, largely because fertilizer is often too expensive for subsistence farmers, it stated.

A crop that helps the next harvest

The lack of nitrogen in Africa’s soils is the “most limiting factor” holding back agriculture on the continent, said Rob Horsch, who leads the agricultural research and development team at philanthropic organization the Bill & Melinda Gates Foundation.

As an alternative to fertilizer, Africa’s meager crop yields are getting a boost from an edible and more environmentally friendly source instead: beans.

When growing legumes such as beans and peas, nitrogen fertilizer is not required because the plants grab all the nitrogen they need from the air with the help of bacteria living in their roots. Some of the captured nitrogen also enters the soil through fallen leaves and from decomposing roots. This helps to fertilize crops that are later farmed on the land.

Ken Giller, an agronomist at Wageningen University in the Netherlands, is leading a project called N2Africa that is teaching subsistence farmers in 13 African countries, including Rwanda and Uganda, to grow legumes. The project aims to use legumes to boost harvests of staple crops, such as maize, that have stagnated at around one ton per hectare since the 1960s. The legumes also provide poor farmers with additional food and income.

“We want to feed the people and feed the soil,” said Giller.

The legumes are proving popular with farmers. Beatrice Sukuku is growing climbing beans for N2Africa field trials on a small, rocky plot around 1,800 meters up Mount Elgon in eastern Uganda. She prefers these beans to the variety she used to grow because they are quicker to cook, saving on firewood.

N2Africa began in 2009 and now involves more than 250,000 farmers. Data published in May shows that average legume harvests have increased by 12 percent to nearly 400 kilograms per farm. On average, the legumes added 28 kilograms of nitrogen to the soil per farm, a rise of 169 percent from previous levels.

N2Africa was honored for its contribution to nutrition and food security at a World Bank event Feb. 19 showcasing the winners of the 2013 Harvesting Nutrition Contest.

“Legumes could be very important for improving the soil and providing extra nutrition,” said Bashir Jama, who directs the Soil Health Program at the Alliance for a Green Revolution in Africa, an NGO working to improve food security. To ensure their long-term success, it is essential to help develop a market so farmers can get a good price, he said.

But beans are not just for subsistence farmers in Africa, said Jama. They are also becoming more popular among some of their richer counterparts in Brazil and the United States, where they are planted to cut down on nitrogen fertilizer use, which saves money and spares the environment. 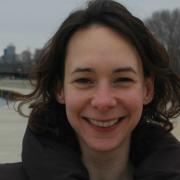 See all by Natasha Gilbert