When will green sports reach critical mass? What are the key challenges the sports green movement has to overcome?

Paul Polizzotto is president and founder of CBS EcoMedia, a fast-growing division of CBS that directs a portion of advertisers’ spending on its various media outlets (TV, radio and digital) to non-profits tackling environmental and other societal issues.

Lew Blaustein: You and your team have created a powerful business model at CBS EcoMedia: Using a portion of a company’s advertising spending in the service of solving environmental and other issues. Take us through how you got involved with sustainability and sustainable business?

Paul Polizzotto: Coincidentally, at least for your audience, my interest in sustainability came as a result of my love of sports; surfing, to be exact.

I grew up surfing in Manhattan Beach, California, and Santa Monica Bay. Back then it was a very polluted bay. I — along with other surfers — got sick all the time: sinus infections; ear infections; skin infections. I thought: "We need to clean the water to make it safe for surfers, other people and wildlife." So I started digging to find out what the sources of the pollution in the bay were and found the contract cleaning industry.

Blaustein: What is the contract cleaning industry, exactly? 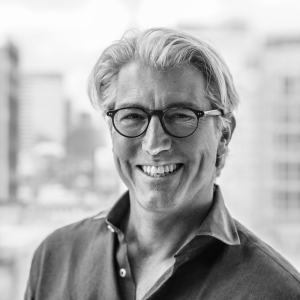 Polizzotto: We’re talking about companies that clean parking lots, industrial sites, manufacturing facilities and bio-infectious and other areas, where oil, chemicals and other pollutants are sucked up during the course of the cleaning process. Many of these contractors were operating illegally, dumping the untreated wastewater in the drains that fed into the Santa Monica Bay and contributing to the water pollution. This was a violation of the federal Clean Water Act.

So, in response, back in 1989, I started my first company, Property Prep. I came up with processes to capture, pretreat and discharge wastewater in a compliant way, removing the pollutants before they flowed into the bay. I coined the term "Urban Watershed Cleaning" to describe this "zero discharge" approach.

Blaustein: Are you a chemist or an engineer by trade?

Polizzotto: No, but I do have a bit of an engineering mind. And we became successful pretty quickly, growing to 150 employees and legalizing the contract cleaning industry in the process. In fact, Property Prep, which we sold a long time ago, exists today and is still successful.

Blaustein: What did you do next?

Polizzotto: We looked to grow and build our impact by expanding beyond Southern California.

We keyed in on the new stormwater regulations that were put into place in the late '90s. This was in response to the fact that, per the Clean Water Act, the nation’s waterways needed to be cleaned by 1983, but, by the late '90s, were still impaired in many areas.

Cities were particularly hard-hit by the need to clean up the waterways, but their budgets were strapped. So we started a non-profit called Adopt-a-Waterway. Starting in the late 1990s, we worked with cities like Baltimore and Miami through a public-private partnership. Adopt-a-Waterway obtained the rights to post signs promoting the cleanup of local waterways on roadways near storm drains.

Polizzotto: Yes. And the lion’s share of the revenue we raised went back to the cities to assist them in funding the mandated waterway cleanups.

Blaustein: The mayors must have loved you.

Polizzotto: We got along quite well, yes, and I was very proud of the program’s success. Through our work with the mayors, I saw first-hand how cities were really struggling to fund their Municipal Climate Action Plans — federally mandated programs that called for CO2 reductions of 20 percent by 2020 and 50 percent by 2050.

It became clear to me that to make a meaningful difference, we would have to reach a bigger audience.

I became increasingly interested, not just in water pollution, but in the larger issue of climate change — and it became clear to me that to make a meaningful difference, we would have to reach a bigger audience, through a much bigger media presence. And that meant TV, radio, outdoor and digital.

Blaustein: So how did you go about doing that?

Polizzotto: Well, first we needed to become a for-profit.

As a nonprofit, we were competing with many other worthy nonprofits for a slice of the too-small funding pie. It became my goal to bring new money to the table. What if we could create an ad model that would fund nonprofits rather than being one of many nonprofits soliciting corporate dollars? We would be creating additional revenue — a funding stream that nonprofits would never have had access to otherwise, from businesses and industries who’d never contributed to nonprofits before. So EcoMedia was born.

Blaustein: How did that work?

Polizzotto: It was a public-private partnership model similar to Adopt-a-Waterway, just on a bigger scale. We got the rights from select cities to green public buildings and sell sponsorships to those greening projects. Then we partnered with media companies, including CBS, to divert a portion of an interested advertiser’s media budget to support the greening projects.

Our Green Schools Initiative — a project that won the 2009 U.S. Conference of Mayors Award for Excellence in Public Private Partnerships — used participating dollars from advertisers on CBS TV affiliates in Chicago, Miami and San Francisco to install solar panels on school roofs, accomplish energy efficient retrofits and create STEM curricula and other educational programs in those cities. 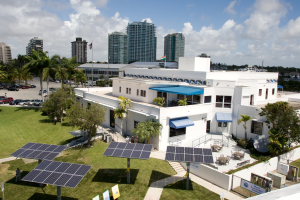 Blaustein: In the interest of full disclosure, I worked with EcoMedia selling those sponsorships back then. And I always thought your model was absolutely brilliant.

Polizzotto: Thanks, Lew. As you know, we were acquired by CBS in 2010 and, since then, have been one of the company’s fastest growing divisions.

Blaustein: How does the EcoMedia model work within CBS?

Polizzotto: An advertiser has to spend additional advertising dollars with CBS. CBS then shares some of those incremental dollars with one or more non-profits.

Blaustein: Do advertisers, by and large, see this as mainly a tax deduction?

Polizzotto: No; they see it as a new way to market themselves as a purpose-driven company, a good corporate citizen, using the megaphone of CBS to help them do it.

Now, in addition to working with CBS salespeople to show advertisers the value of doing this, EcoMedia carefully vets the non-profits — our grant agreements are very outcome-based. Crucial to the success of the model is that we also create content that tells the advertisers’ purpose-driven story; we then run that content, paid for by the aforementioned incremental ad spend, on CBS platforms, whether it be on network TV, local stations, radio or digital.

Blaustein: Where does CBS Sports fit into the EcoMedia mix?

Polizzotto: We work closely with CBS Sports. Advertisers buy incremental spots on Thursday Night NFL Football, March Madness or any other CBS Sports property to take part in the EcoMedia program. Here’s a great example. During the 2013 NCAA Men’s Tournament…

Blaustein: Final Four was in Atlanta that year, if memory serves.

Polizzotto: Exactly. We sold a program to Hampton Inn. The incremental ad dollars funded the upgrade of 40 Boys and Girls Clubs in Atlanta. At one of the clubs, we completely redid the basketball gym, with new energy efficient lighting, new paint, new scoreboards and resurfacing of the court. Then on Sunday, the "off" day in the Final Four, we held a tournament for all the Boys and Girls Clubs in the refurbished gym. The young athletes were treated as Final Four competitors, right down to the announcing, which was done by CBS Final Four announcers. It was so cool.

Any way we can raise awareness and interest is crucial, and the best way to do that is to connect with folks around their passions. And sports is passion.

Here’s another sports example: We partnered with United Healthcare, through its incremental ad buy with CBS, with Cal Ripken Jr. and his Cal Ripken Sr. Foundation to refurbish community and high school baseball and football fields in at-risk areas. Key to the program was the planting of community gardens in eight participating U.S. cities. We called it the Team 8 Tour as Ripken Jr.’s uniform number was, of course, 8. This became very personal for me as one of the high schools was Dorsey High in L.A. Hall of Fame manager — and my uncle — Sparky Anderson attended Dorsey.

Blaustein: So cool. What’s next for EcoMedia?

Polizzotto: In addition to connecting advertisers with causes, we also want to connect directly with the segment of the public that is cause-driven.

We’re doing this with our latest initiative, Viewers to Volunteers. With V2V, users can, via their computer, tablet or phone, direct sponsor ad dollars to environmental, education, wellness and veterans’ non-profits. Since 2015, with the support of Toyota, Chevy and Winthrop Hospital, over $1.3 million has been donated to nonprofits — simply as a result of our V2V users reading, viewing and sharing positive content.

Blaustein: Really great. It seems as though, through CBS EcoMedia, you’ve been able to fuse green — and other causes — with sports — along with other CBS media platforms. My question is, why is "green sports" still a relatively small, unknown niche? And what do you think its larger potential is?

Polizzotto: Climate change is the most serious issue of our time. Any way we can raise awareness and interest is crucial, and the best way to do that is to connect with folks around their passions. And sports is passion. We have to expose fans to environmental innovations and initiatives where they go to enjoy and participate in, sports — at stadiums, arenas and during athletic competitions and events on TV and smaller screens.

Where there is passion, there is the opportunity to solve big problems. So the number of corporations using sports to promote green initiatives will only grow, I know it.