The sector-linking hydrogen economy heats up

First envisioned in the 1970s, the hydrogen economy has been held back due to high costs and lack of infrastructure. In recent years, however, momentum has been building as a confluence of factors drives increased interest and investment.

Policymakers are supporting hydrogen as a tool to decarbonize the global economy — a huge challenge, especially in some sectors where hydrogen could perform well, such as heavy transportation. Technology improvements are driving interest: Fuel cells and electrolyzers continue to fall in price, even as renewable feedstock electricity from wind, solar photovoltaic and other sources hits new low costs. As these and other drivers coalesce, corporations have been contributing to the momentum with investments across the hydrogen value chain to stake out positions in this developing market. 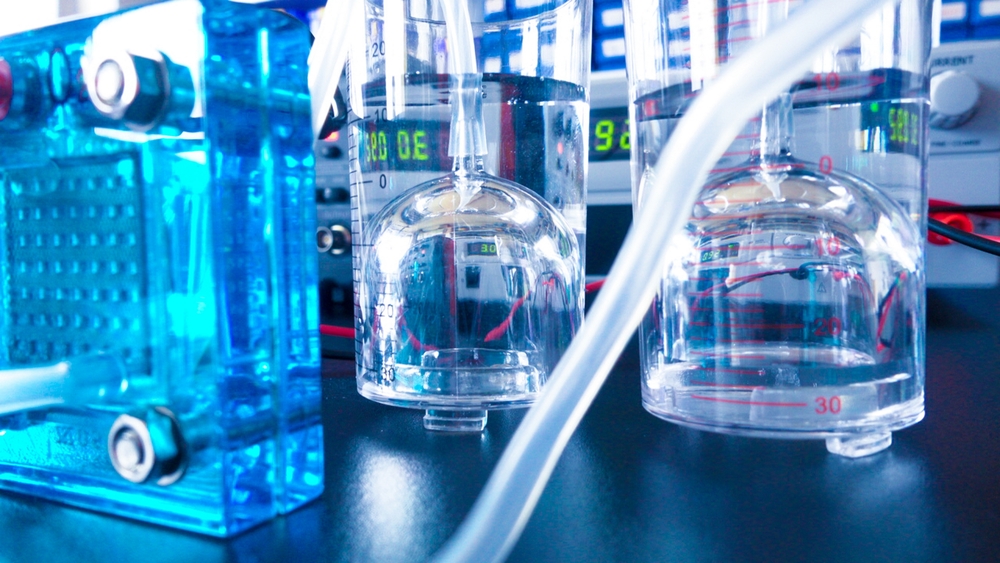 Although it has not yet realized its multi-trillion-dollar sector-crossing potential, a version of the hydrogen economy is already upon us, valued at more than $100 billion annually. Most hydrogen is used in industrial processes such as refining, ammonia production and steelmaking. Against this backdrop, two broadly categorized types of disruptive activity are taking place:

Against this backdrop of disruption, diverse new stakeholders are joining the hydrogen value chain, forming links between sectors such as transport, electricity and industry. While some see an immediate commercial opportunity, others are wading in more slowly to stake out their place in the future value chain.

For a deeper look, Navigant Research studied the membership of eight of the largest global hydrogen trade associations, as seen in the chart. The membership of these groups encompasses most of the key global players involved in hydrogen. A closer look at the companies in each category and the relative annual revenue earned in each category sheds some light on market developments. 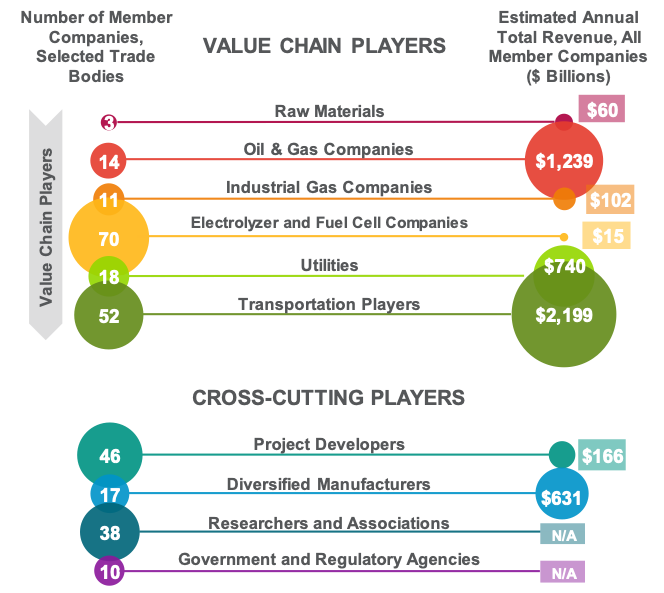 A look across this value chain activity provides unique insights:

Diverse new stakeholders are joining the hydrogen value chain, forming links between sectors such as transport, electricity and industry.

This latter category — including such current players as Siemens, Mitsubishi and thyssenkrupp — can provide full equipment and service solution offerings from hydrogen production to end use, a trend that is expected to accelerate. Geographically, Navigant Research expects strong hydrogen growth and innovation in longtime advocate nations such as Japan and Germany but with growing expertise in many markets that easily could lay claim to global hydrogen leadership, including Australia, California, China, France, South Korea and the U.K. 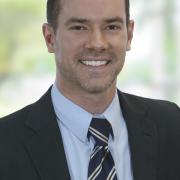 See all by Adam Forni