Seen at COP21: The Paris climate talks in pictures

Seen at COP21: The Paris climate talks in pictures

By now even casual observers have likely hit peak COP.

The United Nations COP21 climate talks are wrapping up this week in Paris, and it's been a whirlwind of bureaucracy, pageantry and enthusiasm about the prospects for a low-carbon economy.

But what did the global climate negotiations hailed as the "last chance" for society to avert environmental catastrophe actually look like on the ground?

Join us for a tour of the Le Bourget site of the formal talks, plus the street scenes throughout the city. 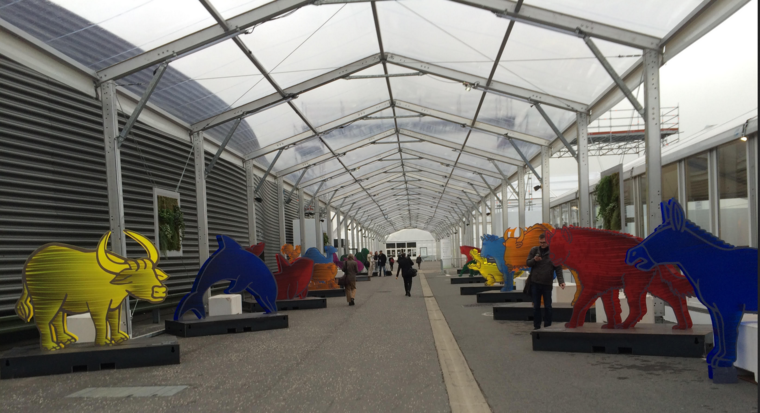 Getting through security and walking out into the vast open expanse that is the COP21 "Blue Zone" reserved for credentialed delegates, press, corporate sponsors and other lucky applicants is an interesting feeling.

Large, open buildings flanking the expansive walkways housed rows and rows of booths featuring all manner of international groups somehow involved with climate initiatives. The crowd ranged from a tech-themed station manned by social media titan Facebook to groups focused on sea-level rise or curbing meat consumption, among many others.

Of course, countries participating in the talks also had a chance to showcase their sustainability efforts at individual stations. The setups varied greatly in complexity (see India's waterfall morphing into distinct words and patterns), but a broad range of geographic regions and economic powers were represented. 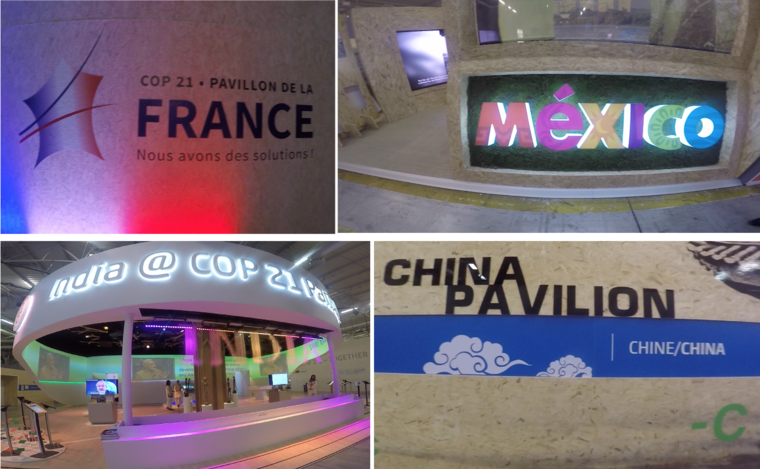 In and outside of the negotiations in the Blue Zone, there was no shortage of political and business leaders saying their piece on climate issues. Some, like Unilever CEO Paul Polman and UN Secretary General Ban Ki-Moon, were on a circuit making multiple appearances per day.

In the realm of media, mass marker publications aren't usually known for covering climate change on the front page. But there certainly wasn't a dearth of press at COP21.

TV sets, radio studios and digital work spaces were all on site at Le Bourget. Alternative and independent media were also offered space at a combination co-working location and hostel called the Place to B (pictured bottom right). 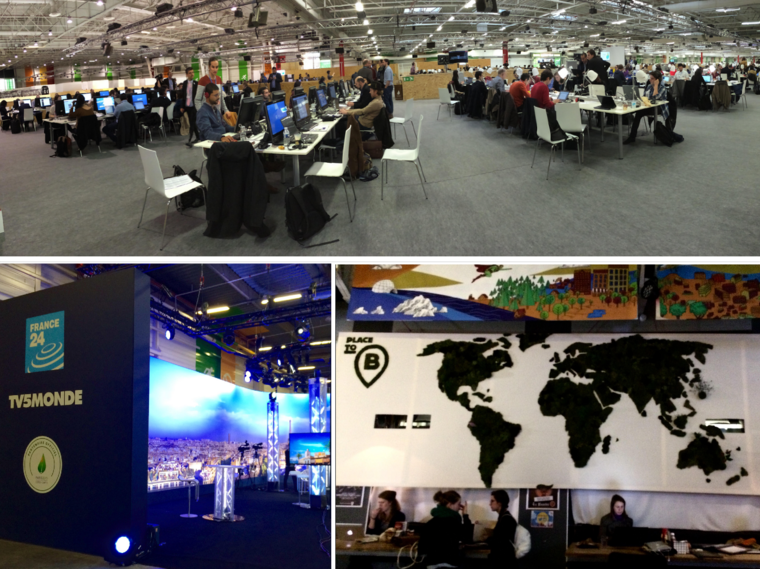 Despite the fact that France remains in a state of emergency following the Nov. 13 terrorist attacks that killed 130 people, activists also still found ways to make their points about climate inaction and the diminished role of ordinary citizens in the Paris climate talks.

Among the primary sticking points: national emissions goals that aren't strong enough to keep global average temperatures from rising less than 2 degrees Celsius by the end of the century (more aggressive climate advocates go by the mantra "1.5 to survive"), and how the bill should be split between rich and poor countries for global climate adaptation and mitigation measures. 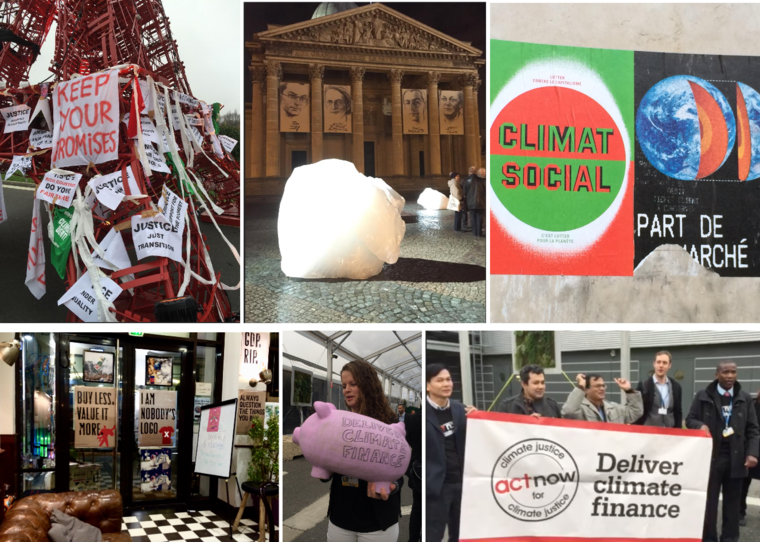 Amid the advocacy efforts was one particularly novel approach: mimicking one of the iconic street signs in Paris with a sign warning of a looming societal impasse due to global warming. 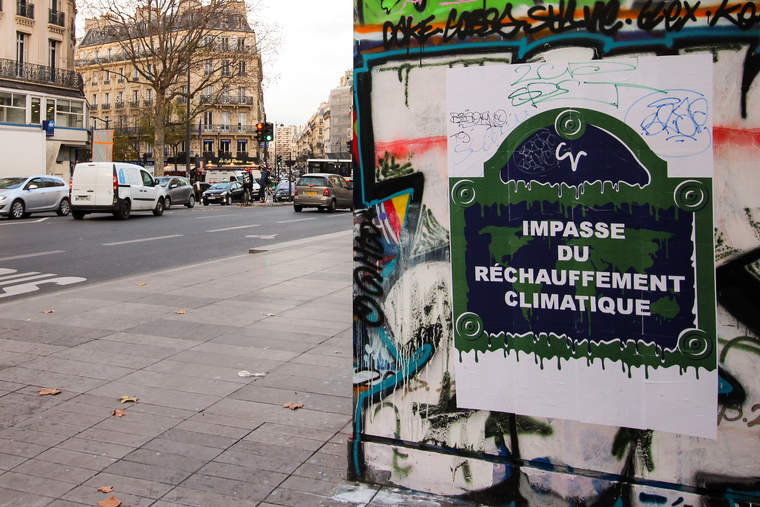 Controversy may have permeated the official negotiations at COP, but it was impossible to ignore the stark backdrop of the Nov. 13 attacks in Paris.

In the Place de la République, a massive memorial has been forged with flags, flowers, candles and pictures of the victims.

It wasn't part of the planned events during COP21, but Irish rock band U2 rescheduled two appearances in Paris during the talks after cancellations due to the attacks last month.

The live show included a tribute with the names of those killed in Paris. 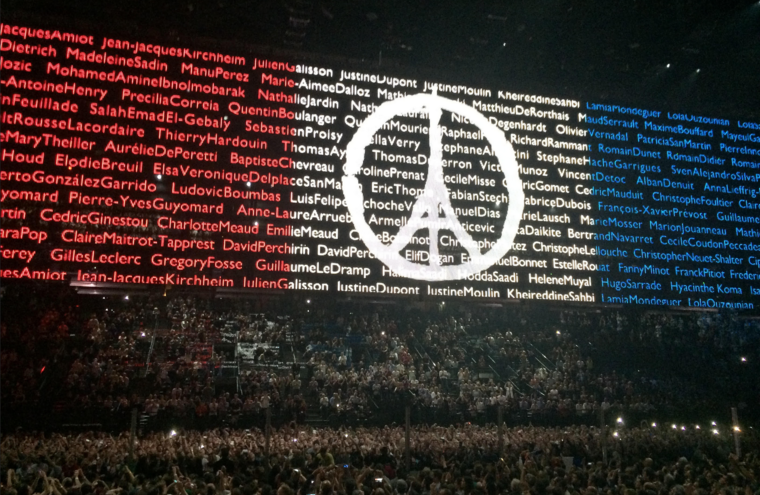 It was a busy, and at times tense, two weeks. But the backdrop couldn't have been better. 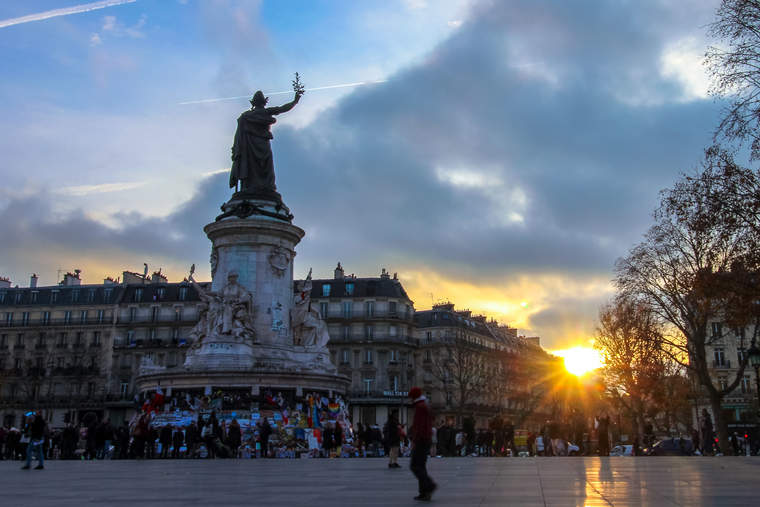 Facebook's Bill Weihl on what COP21 means for clean energy

Facebook's Bill Weihl on what COP21 means for clean energy

How business can participate in Paris