Seizing our epochal moment in energy

We’ve arrived at “a moment” in energy. A moment in how energy is produced, distributed, consumed and managed that is truly transformational. Corporations, cities, industries, grids, even households, who can master this moment will win — reducing energy costs, consumption and emissions, while opening doors to new,  possibly unexpected, value creation.

This is an epochal moment. I can’t recall a time when so many forces — macro and micro, technological and social — were rapidly converging to make the possibilities of a new, intelligent energy ecosystem so palpable and so pressing.

These once “nascent” technologies are emerging as the new standard bearers of Moore’s Law and Haitz’s Law, improving at exponential rates. The cost to install solar has dropped by 60 percent since 2010. Every five years the cost of energy storage, i.e., batteries, is getting cut in half while doubling in performance. And every 10 years, LEDs are being produced at one-tenth the cost while delivering 20 times the capabilities.

But there’s much more to this energy moment than rapid advances in hardware. The Industrial Internet coupled with the breakthrough computational power of big data promises to take energy-hardware gains to new heights, delivering to customers and the grid a new era of energy management based on operational intelligence.

What if a socket could talk?

One example of this is the “connected socket.” Today, we can put a sensor on every socket, send that data to a software platform, and turn it into information to better inform all sorts of energy — and other business — decisions. And for a sense of the scale of this impending Industrial Internet-led communications revolution, consider the smartphone as a point of comparison. At Current we estimate there are roughly 2 billion lighting endpoints in U.S. commercial and industrial buildings alone, that’s 6 times the number of smart phones in use today in the United States. That’s a lot of data!

Along with the game-changing possibilities posed by advances in energy hardware and software, embodied by innovations such as the connected socket, there are regulatory and macroeconomic issues at work that are making energy management a more urgent business priority. For example, last year at COP21, nearly 200 countries — the U.S. among them — agreed to limit greenhouse gas emissions to keep global temperature increases well below 2 degrees Celsius.

Along with the game-changing possibilities posed by advances in energy hardware and software, embodied by innovations such as the connected socket, there are regulatory and macroeconomic issues at work that are making energy management a more urgent busin

Meeting these new requirements will put enormous pressure on businesses and their energy strategies. And economic conditions aren’t helping. Global indices are down. China is in retreat. Competition in every niche has grown more intense, and margin pressures are bearing down on every company.

The consequences of each of these developments on energy management are significant. Taken together, they are monumental. They call on all energy consumers to use less, produce more of their own from renewable sources, and look for ways to leverage all facets of energy production, consumption and intelligence to better manage the bottom line and create sustainable competitive differentiation at the top.

The biggest impact of all this change is that consumers of energy have moved to the center of the universe. Today’s energy users wield more power than ever before. They demand more control, productivity and resiliency from their energy dollar to lessen costs and make their businesses better.

They also face growing complexity and a plethora of choice. Which energy supplier to use, whether to generate power on site and how, what type of energy-efficient lighting, HVAC, and machinery to implement, how to sequence these decisions for optimum impact, how to guard against product obsolescence, how to pay for it all, and, perhaps most importantly, who to work with to make this transformation happen fastest and most effectively?

Now is the time for clarity and synthesis, for putting the pieces of energy management together in compelling new ways. Winners in this space — those combining experience, vision, reach, operational excellence and strong balance sheets — will create the new energy systems of the 21st century that harness the best in innovation to drive better business outcomes for all.

The moment is here. Now let’s capitalize on it. 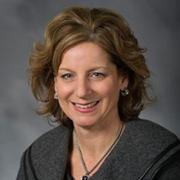 See all by Maryrose Sylvester