Japan will soon see cell phones that can heal minor scratches on their own thanks to technology from Nissan Motor Co.

The car maker has licensed its Scratch Shield paint to mobile phone company NTT DoCoMo, which will use the paint on phones for the Japanese market.

Nissan developed the paint along with the University of Tokyo and Advanced Softmaterials Inc, introducing it commercially in late 2005. The paint is used on certain Nissan and Infiniti vehicles around the world, such as the Nissan Murano crossover, Nissan 370Z GT Pack and Nissan 370Z Ultimate in the United Kingdom.

The paint, made with an elastic resin, is more scratch-resistant that other paints and self-heals fine scratches. The paint reacts with the sun and outdoor temperatures, 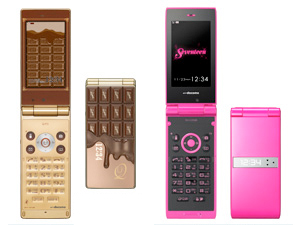 A similar paint was recently developed by University of Southern Mississippi researchers, who created a coating that can self-repair small scratches in short amount of time by being exposed to ultraviolet light. The coating was made by combining polyurethane paint and a mixture of molecules from the shells of crustaceans and ring-shaped molecules called oxetane. However, the coating can only heal a specific spot only once.