Around the world, nearly 5 billion acres of land — an area larger than Russia — are degraded. Degradation can take many forms: clearing of forests; soil erosion; or the decline of nutrients in the soil, all of which result in less productive land. The loss of soil fertility is dragging down agricultural yields, especially for poor farmers who cannot invest in fertilizers to replace the natural nutrients that are washed away when soil erodes.

In the early and mid-1980s, soil fertility fell in marginal areas surrounding the Sahara Desert in Africa as people cut trees to make room for agriculture, and soil loss accelerated. Simultaneously, this dry region experienced severe droughts, leading to a massive famine. An estimated 1 million people died in Ethiopia alone.

As worldwide attentiveness waned, a practice known as farmer managed natural regeneration (PDF) — FMNR — took root in the sands. Farmers saw that trees and bushes could protect fields from harsh winds that blew crop seeds away. Trees that captured nitrogen from the air allowed soils to regenerate and become more productive. Fields where vegetation remained were producing much more than areas that had been entirely cleared.

Different from tree planting, FMNR takes advantage of the "underground forest": existing roots, stumps and seeds that can sprout into full-grown trees if protected and managed.

With big money going to FMNR and the big expectations that come along with that investment, it’s important to understand what FMNR is.

It’s important to protect early growth from livestock and other damage. Pruning and coppicing can then accelerate regrowth. FMNR benefits from indigenous knowledge around tree management.

Soon FMNR will get a big boost, with the Grand African Savannah Green Up project set to invest $85 million in FMNR. What’s more, a new Trillion Trees initiative launched at Davos has enormous goals for reforesting landscapes. With big money going to FMNR and the big expectations that come along with that investment, it’s important to understand what FMNR is and when and where it might be a good choice for working with, rather than against, nature to meet human needs.

In Niger, about 12.3 million acres of degraded Sahel landscapes have seen an increase in the number of trees. Tree type varies depending on the local ecology and people’s preferences, but includes species such as Faidherbia albida, a nitrogen-fixing tree, and the baobab tree.

"It’s estimated that farmers are growing an additional (550,000 tons) of grain a year through FMNR [in Niger] (PDF). The gross income is increased by about $900 million per year, without inputs or subsidies," says Rinaudo. That additional production enabled by FMNR supplies grain to 2.5 million people.

The regrowth of trees also means that firewood is much more easily available. "Women used to have to walk 2.5 hours to collect firewood. Now they walk half an hour because they can prune on-farm trees," says Chris Reij, senior fellow specialized in agroforestry and restoration at the research nonprofit World Resources Institute.

In addition to the local benefits, FMNR sequesters carbon dioxide in trees and in the soil.

Depending on the context, FMNR offers many other benefits: "It’s the supermarket and the hardware store," says Rinaudo. Water sources are replenished as water infiltrates the soil rather than immediately running off. Trees managed through FMNR produce goods that can be sold in markets, such as the leaves of the baobab tree or resin. Some tree species produce leaves, seed pods and even bark that is used as fodder for livestock, which is especially important in areas where climate change-driven drought has decimated people’s herds. And by bringing back trees into agricultural landscapes and boosting soil fertility, FMNR also can provide improved habitat for threatened species.

Furthermore, compared with planting trees, FMNR is low cost as it relies on existing stumps and seeds in the soil rather than seedlings produced in nurseries. Both Rinaudo and Reij say that tree planting in harsh conditions has a high failure rate, as seedlings fail to adapt. In fact, Rinaudo first became interested in FMNR while he was working on a replanting project in Niger where he says 85 to 90 percent of seedlings were dying.

In addition to the local benefits, FMNR sequesters carbon dioxide in trees and in the soil. Given the large amount of degraded land around the world, there is great potential to scale FMNR as a climate change solution.

Farmers have to be convinced that FMNR will work for them. In order to be accepted, "[FMNR] has to be connected with another issue that matters to farmers: protecting a water source; restoring the water table; honey production; or another livelihood component," says Assefa Tofu, dryland development program manager at World Vision Ethiopia. FMNR requires protecting an area, which could involve temporarily restricting livestock from grazing, for example. Farmers will give this up only if they believe in the long-term benefit of FMNR.

Although FMNR is showing green shoots of success in many countries, it won’t work just anywhere. For one thing, it requires seed banks, old stumps or other natural means of regeneration. For another, Rinaudo says, it makes most sense in semi-arid areas. A wide variety of species, especially exotic species, can thrive in humid areas, he says, while in drier regions indigenous trees tend to be best adapted to the difficult local conditions.

Legal and social systems are also critical. Land management and especially tree-cutting must be somehow regulated or managed; there is no sense in protecting a tree on your land if a neighbor might come in and cut it.

"The legal system and ownership are very important," says Tofu. "The No. 1 thing [I] ask from the community is to protect land from livestock and to stop them from destroying new growth. Local government buy-in is important, as they need to understand [we] are coming to help, and not be a burden."

In some countries where FMNR is ecologically important, weak governments make it difficult to provide the legal basis to protect trees. Reij says that farmer cooperatives, associations and village-level governance have had to fill this gap, developing mechanisms to manage tree cutting and enforcing punishment when individuals violate the law. In areas where FMNR was promoted, but supporting institutions didn’t take hold, he says, FMNR hasn’t been as sustainable.

FMNR has spread to at least two dozen countries, from Haiti to Somalia to Indonesia. In some places, Rinaudo says, social hierarchies have held back the practice. For instance, in India the caste system means that the people who would benefit most from FMNR don’t own the land, slowing the spread of FMNR. Landowners are more interested in maintaining their control over resources and place in the social hierarchy.

"Restoration has to do with two things: biodiversity and equity — equity in the sense that regreening should benefit smallholder farmers," says Reij. "The big push should be mobilizing millions of smallholder farmers to invest in trees themselves. If we cannot accomplish that, we cannot win the battle against land degradation." 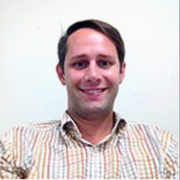 See all by Duncan Gromko