Setting the Stage for Climate Week 2010

Editor's Note: One year ago, the world was in a much different state with regards to climate policy. The United States in particular seemed poised to make a world of difference in the run-up to Copenhagen. On the eve of Climate Week NYºC 2010, this policy document from The Climate Group lays out where the world stands now.

At the inaugural Opening Ceremony for Climate Week NYC 2009, optimism within the climate community was at an all-time high. The newly elected Obama Administration made addressing climate change a top legislative priority; the U.S. House of Representatives passed the landmark Waxman-Markey climate change bill; and prospects for a global deal in Copenhagen were bright.

One year later, with negotiations at both the international and U.S. level stalled, the question on the minds of many climate supporters is: What now for climate policy?

Moreover, participating countries have made commitments to provide up to $30 billion in "fast start funding" to developing countries by 2012 for adaptation efforts; $4.5 billion has been pledged to reduce deforestation through programs such as Reducing Emissions from Deforestation and Forest Degradation (REDD); and the U.N. Secretary General's Advisory Group on Finance (AGF) has been established to identify ways to generate $100 billion per year for climate mitigation and adaptation around the world by 2020.

Further progress on particular areas, such as institutional arrangements for financing and REDD, and agreement on a clear framework of what that final deal could look like are possible at COP16 in Cancun this December. However, for this progress to be realized, countries will need to move beyond their established positions, and increase their levels of ambition.

The comprehensive Waxman-Markey climate and energy bill, which passed the House of Representatives on June 26, 2009 by a vote of 219-212, has stalled in the Senate. In May, Senators John Kerry (D-Mass.) and Joe Lieberman (I-Conn.) introduced the American Power Act, which sets a national carbon pollution reduction target of 17 percent by 2020 and over 80 percent by 2050. But the proposal never generated the needed level of support and thus never made it to the Senate floor for a vote. Even more moderate energy legislation, such as a bill proposed by Senators Jeff Bingaman (D-NM) and Lisa Murkowski (R-AK), failed to generate enough support during the summer to warrant a full vote. And recently, Senate Majority Leader Harry Reid (D-NV) announced that, while scaled back energy legislation (possibly including a national renewable energy standard (RES)) was a possibility after the elections, comprehensive climate legislation would not be considered this year.

The Congressional elections taking place in November will redefine the political environment for climate and energy legislation, and will in large part determine prospects for new legislation in 2011. Another key factor will be whether or not Congress allows the Environmental Protection Agency (EPA) to move forward with its plan to begin regulating carbon emissions next year.

In the meantime, California prepares for its own battle over the state climate policy, AB 32 (Global Warming Solutions Act of 2006), which would reduce the California's greenhouse gas emissions to 1990 levels by 2020 -- a roughly 25 percent reduction below business as usual estimates. Despite the record amounts of investment into clean energy technologies that the policy has encouraged, an initiative to suspend AB 32 -- Proposition 23 -- will be on the ballot in November. Steven Maviglio, spokesman for Californians for Clean Energy and Jobs, a Sacramento-based group including technology companies such as Google Inc. and Applied Materials Inc., claims that Prop. 23 "could be a ground zero for the battle for the future of clean energy,"

The Clean Revolution Moves On

Despite these setbacks, the global push towards clean energy moves on. China has emerged as the global leader in investments in clean energy and is considering a pilot emissions trading program in the near future. India has implemented a major solar initiative, which looks to expand solar power capacity to 20 gigawatts, and plans to introduce an energy efficiency-trading program in April of 2011. And major European countries, like the U.K., France, and Germany continue to push the E.U. towards an increase in their emission reduction target from 20 percent to 30 percent by 2020.

Global organizations like The Climate Group also continue to work with progressive businesses and governments to scale up transformational clean technologies around the world, like electric vehicles, concentrated solar power, LED lighting, carbon capture and storage, and smart energy technologies.

During Climate Week NY˚C 2010, as hundreds of government and business leaders from around the world converge upon New York City to discuss the U.N.'s Millennium Development Goals, New York City once again becomes the epicenter of this momentum, bringing together The United Nations, The City of New York, the U.N. Foundation, The Carbon Disclosure Project and an array of international business, government and non-profit organizations to focus on the new drivers required to unleash the Clean Revolution.

Evan Juska is senior policy manager at The Climate Group, where he leads the organization’s U.S. policy research and initiatives. Articles, analyses and resource material about Climate Week NYºC are available at www.greenbiz.com/topic/climate-week-nyc-2010. For more information and event developments, visit www.climateweeknyc.org and Twitter @ClimateWeekNYC.

Photo CC-licensed by Tony the Misfit. 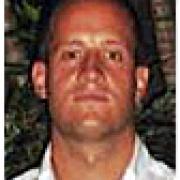 See all by Evan Juska