On the final day of April, Seventh Generation took a group of children, dubbed the Toxin Freedom Fighters, to Washington, D.C., armed with 120,000 signatures supporting chemical regulation reform. Those signatures, 20,000 more than Seventh Generation's goal, were gathered over the span of one month.

Consumers likely were prepped and ready to sign Seventh Generation's Toxin-Free Generation petition urging Congress to update the Toxic Substances Control Act of 1974 (TSCA) — not, perhaps, because they've kept up with recent attempts to pass new chemical control bills, but because they're generally concerned about the effects of chemicals on health.

Between 2012 and 2013, Eco Pulse respondents who expressed concern about chemicals found in skin care and cosmetic products increased from 44 percent to 54 percent. Our soon-to-be-released 2014 Eco Pulse will look into the effectiveness of health-related messaging and consumer trepidation about chemicals in their food, products that touch their skin, even electronics.

Personally, I've noticed increasing conversation on the topic in the last few years. My parents have become choosier about ingredients in foods and car care products, and friends are avoiding certain contents in foods, cleaners and household items. I've even adjusted my household cleaner buying habits, realizing that my poor ability to follow instructions for harsher cleaners (that is, I manage to get them all over my hands) probably means I shouldn't use them.

Taking reform by the roots

Seventh Generation's campaign points to a fitting communications strategy for health messaging — grassroots. Seventh Generation collected signatures for the petition on a dedicated web page sporting images of children in green superhero masks, plus easily shareable facts about TSCA and stats about the sheer number of chemicals kids encounter.

How did the message spread? Through national and influential parenting bloggers (here's one example), Healthy Baby Home Parties (a way parents can share knowledge and influence their environments), press releases and other on- and offline grassroot methods.

Chemical content is a scary unknown; we've seen in Eco Pulse that even consumers concerned about the effects of chemicals often don't know what they should avoid and what poses no risk.

Grassroots communications — with bloggers, social media, even the direct nature of being able to sign a petition — are the opposite of that shadowy threat. Using grassroots methods can help consumers feel as if they're taking control, taking their kids' health more squarely into their own hands, and getting solid advice from trusted, relatable sources.

To reform or not to reform: That's not the question.

Seventh Generation's campaign didn't bring an unknown problem to Congress's attention. Efforts to reform the Toxic Substances Control Act have been underway for several years, culminating most recently in the Chemicals in Commerce Act, a House measure introduced in March, and the Chemical Safety Improvement Act of 2013 (CSIA) (PDF), a similar Senate bill introduced last year.

There's general consensus that something needs to be done, but nothing has been signed into law yet.

The American Chemistry Council (ACC) has supported the recent chemical reform bills, although not without qualifications and critiques. It created an educational website about TSCA reform, where it touts CSIA as "the balanced solution." Many leading chemical/chemistry-related businesses, from small to global, are members of this trade organization.

On the other hand, for Seventh Generation, its campaign partners (including Safer Chemicals, Healthy Families), and the American Sustainable Business Council, these bills don't go far enough to really protect consumers, and don't hold the promise that the ACC finds in them (see a more in-depth discussion). Interestingly, Seventh Generation's campaign highlighted many facts and stats about TSCA, but not so much about the recent bills.

The campaign reveals the difference in viewpoints between more green-focused businesses and the more mainstream companies represented by the ACC. It sought to align the voices of concerned consumers with the former's point of view — primarily in the ears of Congress.

TSCA has been left to its own devices for more than three decades. Regardless whether either of the new chemical reform bills are passed, health likely only will become a greater concern as greener-minded millennials start raising families and wanting to know what their own children are exposed to.

Whether your organization agrees that the recent bills hold great promise and the opportunity for reform should be seized, or that the bills fail to right a long wrong, Seventh Generation's approach to health messaging shows us all how a grassroots health campaign effectively can spur consumer engagement. 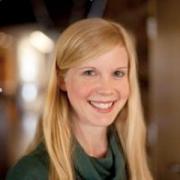 Piecing together the shattered economics of glass recycling

How marketing can boost reusable bottle use

Why business is the new Earth Day activist

See all by Meghan McDonald