Shareholders are looking for value, not pushing politics

Shareholders want the companies in their portfolios to perform well and create value. One tool they use to engage with a company’s management and board to ensure the firm is doing all it can is a non-binding shareholder resolution. This process, codified under Securities and Exchange Commission (SEC) Rule 14a-8, allows qualifying investors to offer resolutions to be voted upon by all shareholders in a company. It presents a useful way for investors to proactively and constructively engage with the companies in their portfolio.

This low-cost, transparent and democratic system is coming under threat by corporations and corporate interest groups that argue that these proposals are about achieving political objectives, not improving the long-term performance of a company. In late November, the SEC held a roundtable with investors on the current shareholder resolution process, as the agency weighs whether to proceed with a rulemaking to change it.

Now, a group of companies through the not-too-subtle AstroTurf front group called the Main Street Investor Coalition, along with the U.S. Chamber of Commerce, Business Roundtable and National Association of Manufacturers, have launched a major effort to convince the SEC that the well-functioning shareholder resolution process is in fact a ball and chain that hampers public corporations, capital formation and strong financial performance.

They argue that "activist investors" are abusing this mechanism to push their environmental, social and political agendas on unsuspecting corporations by "forcing" them (through a democratic shareholder vote, no less) to consider non-binding resolutions on things such as improved corporate governance, assessing previously unquantified risks and disclosing material risks of climate change and other things (which these companies are already required to do under SEC regulations).

What these trade associations and front groups continually miss, however, is that these investor-led engagements, coordinated by networks such as Ceres Investor Network on Climate Risk and Sustainability, with corporations are primarily motivated by one factor: creating long-term value.

After all, the market is driven by many factors that are blind to political stripe, even if a certain topic sometimes might earn the label of being politically controversial. There’s no better illustration of that than Michael Bloomberg’s statement, "Obama didn’t kill coal, the market did." There are many similar examples in the integration of environmental, sustainability and governance (ESG) practices into investment strategies, and into corporate management itself. Issues such as climate change, worker safety, pollution, water availability, sexual harassment, customer data privacy and conflict-free value chains are real risks for corporations, not just somebody’s political hobby horse.

Integrating ESG practices has been shown by many studies — including ones from Bank of America, Morgan Stanley (PDF), JP Morgan and Deutsche Bank — to produce competitive or better risk-adjusted performance compared with so-called mainstream peers. That is probably one reason why credit rating agencies also incorporate climate and other ESG risks into bond ratings. It is also likely why more than half of the Chartered Financial Advisors in the CFA institute’s latest survey said they use ESG in investment decisions, and only 27 percent said they never do.

Integrating ESG practices has been shown by many studies to produce competitive or better risk-adjusted performance compared with so-called mainstream peers.

When investors push proposals for companies to evaluate the risks of climate change, or prepare for a low-carbon world, they are not all doing so solely out of the goodness of their hearts. They are doing so because they recognize there is value to be generated and risks to be avoided by facing the climate challenge directly. Businesses also recognize the value to be gained, and increasingly agree to conduct climate risk assessments when asked by shareholders.

In a recent speech outlining the SEC’s objectives for next year, Chairman Jay Clayton indicated the SEC will continue to review the shareholder proposal process, and specifically the eligibility requirements for making a proposal. As the SEC weighs whether to proceed with a rulemaking on this important tool in the relationship between shareholders and firm management, it must recognize that shareholders and firms ultimately are on the same team with the same goal — generating as much value as possible.

If investors want to push a political agenda, there are much easier avenues for them to advance their goals — the halls of Congress, governors’ offices or the White House and other Executive Branch agencies. Proposing non-binding shareholder resolutions surely would rank among the most convoluted, back-door ways of advocating for change.

In reality, corporate interests are pursuing the complicated bank-shot as they attempt to limit the ability of investors to engage firms to take action on important issues. 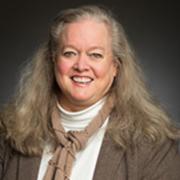 See all by Julie Gorte