"Plastic bags are killing us," said the headline from 2007 Salon article. The article noted, "The most ubiquitous consumer item on Earth, the lowly plastic bag, is an environmental scourge like none other, sapping the life out of our oceans and thwarting our attempts to recycle it."

The call to action and others like it over the past decade have motivated about 140 countries to enact bag ordinances and, increasingly, ban plastic shopping bags altogether. In the United States, state and local plastic bag ordinances are spreading. The spread of plastic bag laws is much-needed progress in stopping plastic pollution, but governments cannot solve the problem in the next decade without action by retailers.

Americans throw away an estimated 100 billion plastic bags a year, according to the U.S. Environmental Protection Agency, which says the average bag takes up to 1,000 years to break down. The production of plastic bags has continued to grow since 2007, and plastic pollution dramatically has increased.

Plastic bag pollution still harms communities and species because U.S. retailers have continued to give out free plastic shopping bags and hide behind policies that "give customers better choices," "encourage customers to bring their own reusable bags" or "provide recycling bins for return of plastic bags." Retailers have lagged in reducing the plastic bag pollution that their businesses cause and often fight adoption of bag laws, as the Food Industry Alliance is doing in New York state.

Plastic bag recycling schemes where customers are encouraged to return plastic bags to stores for recycling have proven to be a distracting failure for stopping plastic bag pollution with only 1 percent of bags returned in the United States. Worse, many people mix plastic bags with other recyclables, which can cause serious harm to municipal recycling systems.

Plastic bag recycling schemes where customers are encouraged to return plastic bags to stores for recycling have proven to be a distracting failure for stopping plastic bag pollution.

What gets reported, gets reduced

A survey of the largest 80 U.S. retailers showed that no company that distributes for free, or sells plastic shopping bags for a fee, reports the actual number of plastic bags that it distributes each year. This information is known by companies through their purchasing system and easily can be publicly stated to prove company performance on reducing plastic waste and pollution.

A group of 14 investors with billions of dollars in assets, convened by Walden Asset Management, recently wrote to the CEOs of 11 companies requesting public disclosure of their U.S. retail store performance metrics and policies pertaining to plastic shopping bag distribution. As concerned investors who incorporate environmental, social and governance (ESG) analysis into investment decision-making and shareholder engagement, the investors stated that each company’s limited transparency on distribution performance metrics prevents investors from making informed decisions on potential reputational and financial risks to the company.

Many companies have public commitments to support the United Nations Sustainable Development Goals, including Goal No. 14, Life Below Water, and support beach and litter cleanups through store donations and employee participation. Free distribution of plastic bags is counterproductive to these commitments and company programs. The retailers are creating plastic bag pollution that is only partially collected in the cleanups. This circular lifecycle of plastic bags from retailers to rivers to volunteer beach cleanups is irresponsible and does not collect all the plastic bags polluted.

Tim Smith, who heads Walden Asset Management shareowner engagement program, noted, "Increasingly, investors are stepping up to address the explosion of plastic pollution and, as stockholders, are urging companies to enact solutions rather than contribute to the problem." Investors including Walden also have reached out to prominent companies that belong to the Plastics Industry Association, which lobbies for statewide pre-emption of plastic bag ordinances through its American Progressive Bag Alliance division.

Investors urged the member companies to assess the risk to their reputation when they back this unapologetic support for single-use plastics embraced by their trade association. Four companies (Ascena Retail Group, Becton Dickinson, Clorox and Ecolab) subsequently left the association.

While hundreds of U.S. cities have passed bag ordinances, statewide preemption laws prohibit 71 million Americans in 11 states from enacting bag ordinances to reduce plastic waste in their communities. The number of states with pre-emption laws could have been larger if not for the efforts of Surfrider, Sierra Club and others in fending off many attempts at pre-emption over the last few years.

What retailers are doing

Little progress has been made by U.S. retailers since a similar survey was published in GreenBiz in 2013. A few companies have shown leadership and the world’s largest retailer seems to have forgotten about the reduction goal it set a decade ago. According to the latest survey:

Most other U.S. retailers are still spreading free plastic bags, where there isn’t a law to prevent it. Even in states with bag ordinances, the laws don’t cover all retailers. Restaurants, hardware and other non-grocery retailers are sometimes excluded from the plastic bag requirements.

Shareholders have asked retailers to disclose publicly their 2017 and 2018 plastic bag distribution counts, their distribution policies and their plans for eliminating or reducing their use in 2019.

Plastic bag sales are projected to increase by about 4 percent a year through 2024 due to "rapid growth in the retail sector, declining oil and gas prices and rising disposable income," according to Transparency Market Research. It is time for U.S. retailers to consider what one grocery chain, Price Chopper, said when it voluntarily decided to end use of single-use plastic shopping bags: "The policy is driven by the recognition that retailers enable the reliance on disposable bags, which end up in the waste stream after one or two uses."

Or they can listen to the CEO of America’s largest grocery store chain: "The plastic shopping bag’s days are numbered," Kroger CEO Rodney McMullen wrote in an editorial in the Cincinnati Enquirer and USA Today in August. "Our customers have told us it makes no sense to have so much plastic only to be used once before being discarded. And they’re exactly right."

Shareholders have asked retailers to disclose publicly their 2017 and 2018 plastic bag distribution counts, their distribution policies and their plans for eliminating or reducing their use in 2019. It is time for the companies to be transparent on the amount of plastic bag waste they create and prove they are enacting meaningful solutions through credible reporting.

What gets reported has the best chance of getting reduced. Even better, U.S. retailers could follow the leaders and eliminate plastic shopping bags altogether. Because zero is the best and easiest number to report. 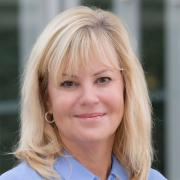