Over the past two years, the issue of proxy access has surged as a top priority on the shareholder activist’s agenda, and companies have a demonstrated a willingness to support their requests.

While the specific details of various proxy access proposals may vary, the concept of proxy access is to secure the ability of shareholders to nominate directors to the board. The most notable proxy access filer of 2016 is the New York City Public Pension Funds, which filed proposals with 72 companies. NYC Comptroller Scott Stringer recently stated that 50 of those proposals have been withdrawn following negotiated agreements for adoption of proxy access provisions.

While acts to secure proxy access have been broadly successful, the extent to which shareholders will exercise these provisions remains to be seen. Shareholders have won their access; now what are they going to do with it?

In partnership with Nasdaq, BrownFlynn hosted a webinar on proxy season featuring representatives from Global Proxy Watch, US SIF and AMD. During the webinar, Aaron Bernstein, editor of Global Proxy Watch, shared that despite the success of proxy access, he does not expect to see many nominations.

"Investors have fought for this right, but they don’t plan to use it […] largely because a [director] nomination would be perceived by companies as a proxy battle."

Bernstein believes most shareholders are not willing to engage in that manner, but nevertheless still benefit from proxy access. "Most investors that I’m aware of in the U.S. see this as a way to open the door to have conversations with companies on a variety of board topics," said Bernstein. He compares this issue to the Say-On-Pay proposals of years past that have opened the door to enhanced conversations around executive compensation.

While many shareholders may not be prepared to start a fight for board seats, two 2016 proposals aimed at ExxonMobil have gained traction and may be headed for a proxy battle at the company’s annual meeting May 25.

ExxonMobil is a target for one of the 72 proxy access proposals filed by NYC Pension Funds in 2016. Moreover, it is one of the 12 remaining proposals yet to be withdrawn and currently appears headed for a vote.

In addition to proxy access, NYC is supporting a proposal filed by its home state. The New York State Common Retirement Fund, with assets totaling over $178 billion, has co-filed a proposal with the Church of England to seek an annual assessment of how a 2-degree-Celsius rise in global temperature would affect ExxonMobil’s portfolio, including its oil and gas reserves and resources. This proposal aims at the heart of ExxonMobil’s climate change strategy, including its policies and identified risks associated with "a reduction in demand stemming from carbon restrictions."

ExxonMobil is not alone in facing this type of proposal — after proxy access, climate change represents the second-highest number of proposals. This trend likely demonstrates increased pressure on both asset managers and companies following the COP21 resolutions in Paris in December.

While proxy access may not necessarily equal shareholder nominations to the board, when proxy access and issues of import such as climate change collide, ExxonMobil has the opportunity to reconsider its engagement strategy with activist shareholders.

Exxon need only reflect upon last year, when a similar proxy access proposal received 49.4 percent of shareholder voting, to weigh potential implications. Given this near victory and the broader trends, the proxy access provisions may pass this year. If given the opportunity, shareholders could seek to nominate a director with experience and expertise in assessing and mitigating climate risk.

Representatives from CalPERS have expressed the opportunity and need for this type of board expertise for ExxonMobil. Shareholders and interested parties will have to wait for the meeting to understand the outcomes of these two separate but related proposals.

How ExxonMobil can prevent the proxy battle

This year’s ExxonMobil example highlights the need for companies to enact two common approaches to prevent and assuage shareholder concerns: engagement and transparency.

Engaging in conversations directly with shareholders regarding their specific concern may prevent proposals from going to a vote and create a mutually beneficial understanding of how parties may interact moving forward. While preventing proposals in the first place may be unrealistic, positive working relationships based on past negotiations represent an asset to companies facing mounting pressure on environmental, social and governance (ESG) issues.

Commitments to enhanced transparency through annual reporting can and should be used as a tool for balancing shareholder expectations with corporate operational interests.

The growing prevalence of proxy access adds a new wrinkle to these annual discussions and détentes between companies and their shareholders. Will shareholders exercise their new rights to seek progress on ESG issues? Only time will tell. 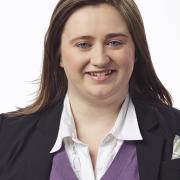 See all by Sarah Corrigan