A sharing economy for plants: Seed libraries are sprouting up

Thanksgiving may be uniquely American, but its core spirit was exported from harvest festivals stretching back for millennia. Its essence is being grateful for what one has, while noting a duty to share one’s good fortune.

In my new book, “The Food Sharing Revolution: How Start-Ups, Pop-Ups, and Co-Ops are Changing the Way We Eat,” I look at sharing from a variety of angles — good, bad and downright ugly. One example is the custom of seed sharing, which can be traced from indigenous societies and the earliest fall festivals that ultimately inspired American Thanksgiving.

For centuries, people in agrarian societies shared seeds to help each other subsist from year to year. Today, thanks to intellectual property rights and often well-intentioned laws, our ability to share seeds is restricted. Realizing this, food activists, garden enthusiasts and community leaders are trying to make it easier by making seeds available through libraries. Surely there’s nothing controversial about that, right? Actually, there is. 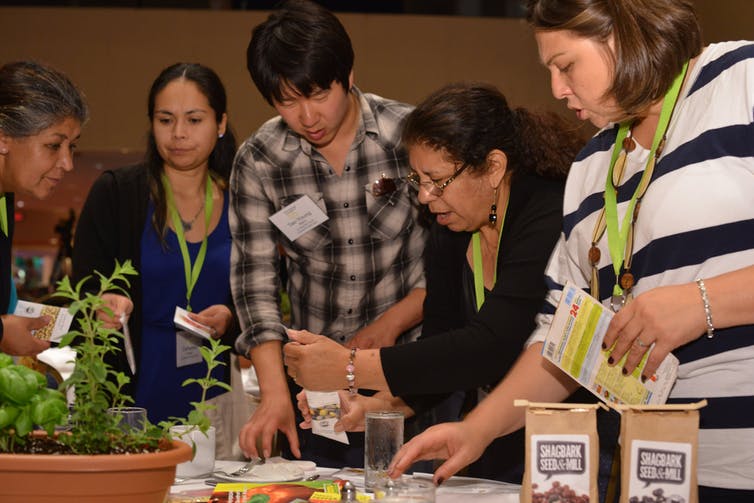 Until the early 1800s, U.S. farmers either saved seed from their own crops or obtained it through personal networks. Then in 1819, Treasury Secretary William Crawford called upon all ambassadors and military officers stationed overseas to collect seeds and bring them home, where they would be shared freely. 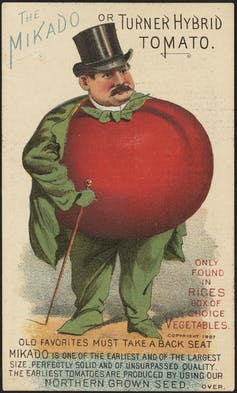 Initially this program was informal, but in 1839 Commissioner of Patents Henry Ellsworth persuaded Congress to appropriate funds for it. Ellsworth owned large tracts of land in the Midwest, so his motives may not have been strictly public-minded. Soon his office was distributing 60,000 seed packages annually through the U.S. mail. By the turn of the 20th century, the Department of Agriculture was shipping a billion free packages of seed each year.

This was relatively uncontroversial until 1883, when a group of representatives from mostly vegetable seed trade firms formed the American Seed Trade Association. No business model can work if the government gives away for free what private merchants want to sell.

After decades of lobbying, the group convinced Congress to end the free seed program in 1924. Without granting ownership rights to plant breeders, members argued, there would be no incentive to "improve" seed for qualities such as yield, tolerance, germination length, root depth or aesthetics. As two plant breeders put it in 1919:

"The man who originates a new plant which may be of incalculable benefit to the whole country gets nothing — not even fame — for his pains, as the plants can be propagated by anyone."

The 1930 Plant Patent Act (PDF) was a watershed. It initially applied only to nursery plants propagated through cuttings, such as roses and apple trees. Soon, however, breeders of agricultural commodities pressed to expand the law in recognition of their labor. As a result, most commercial crops and garden plants in use today were developed by agricultural companies, to the point that three companies — Bayer Monsanto, DuPont and Syngenta — account for roughly 50 percent of all global seed sales.

Today the seed industry is highly controlled. Every state has laws that require suppliers to obtain licenses, test seeds to ensure they are the variety advertised and properly label them. And the federal government regulates seed sales across state lines.

These laws exist for good reason. If farmers buy seed that turns out to be the wrong variety, or doesn’t germinate, their livelihood is at risk. Seed laws hold providers accountable and protect buyers. Some laws apply even to those who offer seeds for barter, exchange or trade. 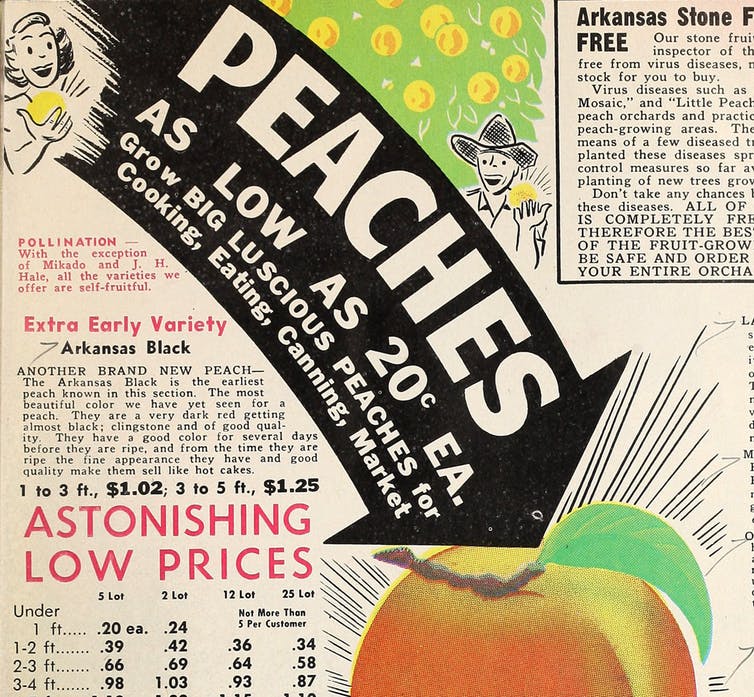 But another community pillar is distributing seeds without charge: Libraries. The process works much the same as with books. Patrons receive seeds and plant them, then allow some of their plants to go to seed and return those seeds to the library for others’ use.

According to some proponents, more than 660 seed libraries are in 48 states. Public libraries, universities and secondary schools are getting involved. Their motives range from preserving plant diversity and local history (PDF) to enhancing food access and building regional agricultural resiliency in the face of climate change.

One of the nation’s first seed libraries is the Bay Area Seed Interchange Library (BASIL), which opened in 2000 at the Berkeley Ecology Center in Berkeley, California and is run by volunteers. Sascha DuBrul, its founder, is said to have came up with the idea after wanting to find a home for seeds that were left when the University of California, Berkeley closed its campus farm.

People who I interviewed for my research say the seed library movement has grown exponentially, starting with a few pioneers but expanding rapidly in the past five years. The movement includes food and community activists, gardeners, lawyers and citizens who support the idea that everyone has a right to seed.

Libraries don’t test seeds or place expiration dates on packaged seed, so some states have moved to regulate seed libraries. For example, in 2014 the Pennsylvania Department of Agriculture informed the Joseph T. Simpson Public Library in Mechanicsburg that it was violating the state’s Seed Act of 2004 and needed to follow the same stringent requirements as agricultural supply companies.

Labels had to be in English and clearly state the plant’s species name or commonly accepted name, and the library had to conduct germination and purity analyses. Failure to do so, one county commissioner asserted, could threaten local food supplies through what she called agri-terrorism.

The seed library eventually reopened after officials agreed that patrons would not be required to bring seed back to the library, and that seeds it provided would be commercially packaged. It now hosts seed swap events to encourage person-to-person sharing.

Seed sharing advocates believe, as one who I will call Barry told me, that "people ought to be able share seeds without being treated like they’re Monsanto." Many are alarmed by government crackdowns on seed libraries.

I met Barry in Lincoln, Nebraska, where he was advising state officials on adding an exemption to the state’s seed law for seed libraries. “I’ve made the rounds,” he confessed when asked how many states’ revised seed laws have his fingerprints on them.

Since 2015, states ranging from Minnesota to Nebraska (PDF), Illinois and, more recently, Alaska have adopted such exemptions. In North Carolina, seed libraries are legal thanks to a blanket seed sharing exemption that applies to all nonprofit oganizations. Alabama exempts any providers who sell up to $3,000 worth of seed.

Despite these successes, a number of activists I spoke with fear that agribusinesses seeking to protect their intellectual property rights will push back if the seed library movement keeps expanding. The hard reality is that sharing is not a right, even in this age of the so-called sharing economy, if the thing people want to share is a valuable commodity.

Fair share: How a sharing economy can chomp down on food waste

How the food industry designed a market for turkey tails

See all by Michael Carolan