Earlier this month Spanish energy company Repsol announced a $5 billion write-down, attributing the decision to the transition to a lower-carbon economy. The Wall Street Journal characterized this as "the first [such move] by a major oil and gas player acknowledging a lower value of its assets was linked to a long-term view that a transition to less carbon-intensive energy will make oil and gas less valuable."

Technological advances dramatically have reduced the cost of renewable energy and sparked a shift toward a low carbon economy in recent years. These developments provide opportunities, but also pose risks for companies in the fossil fuel industry — and consequently for their investors.

These potential risks include uncertainty around future commodity demand and price projections, in addition to the possible implementation of regulations that seek to reduce carbon emissions, including carbon pricing mechanisms. Investors increasingly recognize the climate crisis as a systematic risk — one they can’t diversify away from — and investor engagement played an essential role in many oil and gas companies setting carbon reduction goals in the past year.

Other oil and gas companies also have incurred asset write-downs recently, notably Chevron's $10 billion-11 billion impairment, announced Dec. 10. Although the company attributed this move to a lower commodity price outlook, The New York Times drew a linkage between weak oil and gas markets and renewable energy: "Some analysts said the gas slump could persist for some time because the cost of wind and solar energy has tumbled in recent years." In a market facing persistent oversupply that has dragged down prices, additional headwinds to hydrocarbon demand in the form of cheap and increasingly abundant renewable energy could further exacerbate the extended slump.

Investors increasingly recognize the climate crisis as a systematic risk — one they can’t diversify away from.

In addition to incurring write-downs, global oil and gas companies are adapting by investing in alternative energy projects, expanding into electricity markets, and deploying carbon capture and sequestration technologies. For example, three years ago, DONG energy rebranded as Orsted; this was the culmination of a transformative journey from a traditional oil and gas to an electric company, and ultimately a world leader in wind power generation. (Wind energy is now the cheapest source of electricity generation in many regions.)

In late 2018, Shell announced in a joint statement developed with institutional investors on behalf of Climate Action 100+, a comprehensive carbon emissions reduction plan. Shell committed to reduce the "net carbon footprint" of its energy products by "around half" by 2050, and by "around 20 percent" by 2035, in step with the global push to meet the goals of the Paris Agreement. In February, within the same initiative, Equinor and BP committed to greater reporting on how their strategies align with Paris Agreement goals and portfolio resilience testing. In March, Occidental Petroleum announced ambitions to become carbon neutral by 2050 by using carbon capture and storage technology.

As these recent write-downs and adaptation activities indicate a transition in energy markets, there’s a greater possibility that carbon-intensive reserves become a stranded asset for many oil and gas companies and represent a financial risk to companies.

Speaking about climate risk broadly, Helena Viñes-Fiestas, deputy global head of sustainability at BNP Paribas Asset Management, told The Financial Times: "Until regulators hammer out a plan for an orderly transition to a low-carbon economy, investors cannot know what their investments are worth, and that creates a ‘catastrophic’ risk to global financial stability." The article goes on to note, "One of the biggest worries for investors is the treatment of ‘stranded assets,’ such as oil, coal and gas reserves, which could become unusable depending on climate regulation."

As recent write-downs and adaptation activities indicate a transition in energy markets, there’s a greater possibility that carbon-intensive reserves become a stranded asset.

For these and other reasons, investors have become increasingly interested in corporate disclosure on climate-related risks and opportunities. However, although many companies have expressed support for reporting initiatives such as the Task Force on Climate-related Financial Disclosures (TCFD), the quality and availability of such information remains low. Organizations such as ours, the Sustainability Accounting Standards Board (SASB), and Climate Disclosure Standards Board (CDSB) have sought to facilitate progress by developing practical tools and guidance.

In the coming years, the Exploration & Production (E&P) industry’s oil and gas reserves likely will have material financial impacts on companies within the industry. E&P companies may find certain reserves to be economically unrecoverable if greenhouse gas (GHG) emissions are regulated to limit global temperature increases to 2 degrees Celsius, as per the Paris Agreement.

Companies with more carbon-intensive reserves and production and higher capital costs are likely to face greater risks. Upcoming regulatory limits on GHG emissions, together with improved competitiveness of alternative energy technologies, could lower or reduce the growth in global demand, and therefore reduce prices for oil and gas products.

SASB’s new standard for Exploration & Production (E&P) Reserves Valuation & Capital Expenditure calls for companies to disclose details on their investments in renewable energy and provide a discussion of "how price and demand for hydrocarbons and/or climate regulation may influence company strategy." Having this level of information would prove useful for investors allocating capital to the industry as potentially transformative changes continue to shape its future. 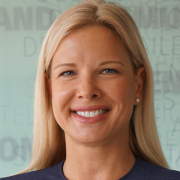 See all by Ekaterina Hardin