Shooting for the moon: 3 radical innovations to remove atmospheric CO2

Removing carbon dioxide from the atmosphere may be as difficult as getting to the moon.

That’s because every day, human activity pumps out 38 tons of CO2 into the air. Currently, our atmosphere is saturated with around 415 parts per million (ppm) CO2, a number we urgently need to reduce to 280 ppm to avoid the most devastating climate impacts.

But to take out just one ton of CO2, we must first filter one Roman colosseum’s worth of air. Several pioneers in the field are developing revolutionary systems to do just that.

During the "Carbon Removal Moonshots" session in late October at VERGE 20, co-founders from innovative carbon removal initiatives Project Vesta, Charm Industrial and IdeaLab joined moderator Tito Jankowski, co-founder of the online community Air Miners, on the virtual stage to share the stories and missions behind their innovations.

Launched on Earth Day 2019, Project Vesta aims to enhance natural weathering processes to accelerate carbon capture and storage in the world's oceans. The nonprofit organization plans to do this by accelerating Earth’s carbonate-silicate cycle, in which volcanic rock is weathered by rain and creates a chemical reaction that sequesters CO2 from the air. Over time, this carbon turns into limestone on the ocean floor and melts back into the Earth’s core.

During the session, co-founder Kelly Erhart explained the natural inspiration for the project: "This [process] has been working for millions of years and slowly locking up trillions of tons of carbon dioxide into the earth over geologic time scales. We looked at this and we asked: How can we speed this up?"

Specifically, Project Vesta has developed a way to take olivine, a naturally abundant, green volcanic rock, and grind it into sand to be distributed over beaches around the world. After the olivine sand is set in place, ocean waves, tides and currents will be left to do the rest.

If we want to create a world that we know is possible, we have to be able to imagine it.

Erhart believes that the process is not only feasible, but scalable. Olivine is found on every continent, and makes up over 50 percent of Earth’s upper mantle. The solution does not compete for land use or other economic activities, and only requires that 2 percent of global shelf seas are covered with a few millimeters of olivine sand to sequester one year’s worth of human CO2 emissions, Erhart said.

Of the three innovations presented, Project Vesta comes in at the lowest estimated price point. The organization aims to reach $10 per ton of CO2 equivalent, which is five to 10 times cheaper than direct air capture (DAC) or other techniques.

So far, Project Vesta has raised $900,000 (of its $2.5 million goal) in philanthropic and corporate donations (including a large purchase from Stripe) and is deploying its technology on a few heavily instrumented pilot beaches to monitor the rate of weathering and any effects on ocean life. The team believes that any impact will be beneficial, as olivine deacidifies the ocean and therefore helps support the life and health of marine ecosystems.

Ultimately, the project’s goal is to advance this technology all over the world. It hopes to establish an open-source integrated algorithm and protocol that will enable governments, nonprofits and companies to deploy this solution with predictable results.

Charm Industrial is working to reverse the process of crude-oil production — that is, to take the carbon stored in biomass, turn it into CO2-dense biofuel through fast pyrolysis (superheating) and inject it back into the Earth’s crust.

The startup is on a mission to "return the atmosphere to 280 ppm" through its technology, which it claims is more permanent and cost-effective than traditional nature-based offsets and direct air capture (DAC) methods.

Currently, Charm makes its bio-oil from excess sawdust and wood, but it plans to use agricultural residues such as corn stover, rice straw, sugar cane and almond shells in the future. Its aim is for the process to have additionality, meaning that if the feedstock was left unused, such residues would be left in fields to rot and emit CO2 back into the air.

The bio-oil Charm produces has properties similar to crude oil but with half the energy content and a very high carbon content. This, along with its tendency to form a solid over time, make the product safe for injection into existing oil wells, according to the company.

Further, the oil is less likely to leak back into the atmosphere or groundwater than CO2 gas (or CO2 dissolved in water) when injected into the same wells, according to Charm, and the oil also can better help prevent seismic activity in large underground caverns created by past mining activities.

"What’s interesting about sequestration of bio-oil is that it sort of closes the carbon cycle that started about 200 years ago with the initial removal of oil from these formations," said Charm co-founder Shaun Meehan. "There’s enormous infrastructure that exists to get oil out of the earth, and we just need to run it backwards."

Charm says its model is unique because it plans to use small-scale facilities. Meehan explained that previously, large biomass facilities have been unsuccessful because they quickly depleted nearby biomass stores and caused prices to skyrocket. By opening multiple smaller plants, Charm hopes to have a more stable quantity of biomass to work with.

Like Project Vesta, Charm believes its solution is scalable. The company already has received regulatory approval for its first injection site in Kansas.

"As far as scale, there is about 140 gigatons per year of global biomass availability," Meehan said. "If we are even able to take a small subset of that biomass, then we are able to have a meaningful impact on negative emissions."

Bill Gross, founder and chairman of the IdeaLab technology incubator and company Heliogen, began his presentation with several eye-opening statistics and visuals about humanity’s emissions. These included the fact that humans emit 31 times (by weight) the amount of CO2 into the atmosphere as they do garbage into their trash cans, and that to remove 1 ton of carbon from the atmosphere requires capturing a volume of air equivalent to the Colosseum in Rome.

Gross then described the solar-powered DAC process his team at Heliogen has designed. The process involves first funneling air through a desiccant (a hygroscopic substance that absorbs water), then moving it through zeolite, a mineral that effectively takes up any CO2 in the air, Gross said. Water is then removed from the desiccant and CO2 from the zeolite using solar-powered thermal energy.

Ideally, this technology would be situated in desert environments so as not to compete for land and harness the brilliant power of the sun. According to Gross, every acre of land of this technology would remove 1 ton of CO2 per day, a rate of capture equivalent to that in roughly 100 acres of forest. Multiplied over 390 acres (a rectangle that fits well within the Sahara desert) this technology theoretically could neutralize all 38 gigatons of CO2 humans produce every year.

Of course, this is a big ask. Actually achieving it would require that the technology be cheap enough to set up and account for any emissions created during its installation. At the moment, the estimated price of this technology is $100 per ton of CO2, according to Gross. He hopes to reach $50 per ton and dreams of getting to $25.

When asked about plans for the use of CO2 after it is captured and compressed, Gross reckoned that he focuses solely on the removal of CO2, several startups will emerge to find creative uses for the gas once it can be captured at a low price.

Like the previous two technologies, Gross stressed that the success of this solution relies on the global shift towards valuing CO2 emissions.

Although private players are increasingly taking responsibility for their emissions (tech companies such as Shopify, Square and Microsoft were mentioned) the public sector must move to put a price on carbon to drive change on a larger scale. Once global regulations mandate that corporations pay for their emissions, companies will look towards such innovations for cheaper ways to offset their emissions, he said.

To the moon and beyond

Ultimately, a real solution to the global CO2 crisis necessitates collaboration between sectors and individual innovators, something Jankowksi’s online community Air Miners is working to facilitate. As each speaker stressed, no one solution is big enough to bring us back to 280ppm — we need several of them to go to work at once.

As Gross put it, "We need the same diversity of ideas to take [CO2] out as the people who put it up there."

The time to act is now, the speakers urged: Spread the message, get people excited and, as Jankowski said, believe that even this trip to the moon can succeed.

"If we want to create a world that we know is possible," Erhart echoed, "we have to be able to imagine it."

This article has been updated to correct the amount of money Project Vesta has raised from philanthropic and corporate donations, as of this article's publication date. 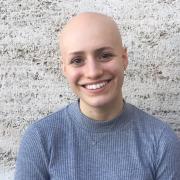 Paper, plastic or neither? Inside the collaboration to reinvent the shopping bag

See all by Tali Zuckerman