Should the U.S. government buy Greyhound?

This article originally was published in In These Times as part of Covering Climate Now, a global collaboration of more than 250 news outlets to strengthen coverage of the climate story.

When the narrator of Simon and Garfunkel’s classic 1968 song goes to "look for America," he takes a Greyhound bus. 50 years later, there’s never been a better time for America to go looking for Greyhound.

Sen. Bernie Sanders (D-Vermont), who used the Simon and Garfunkel song in a 2016 campaign ad, often talks of nationalizing various sectors of the U.S. economy, from health insurance to energy production. The next president also should buy up and expand Greyhound as part of a Green New Deal: The bus service it provides is essential, providing low-cost and low-carbon travel for millions of people every year. High-speed rail may be glitzier, and it’s certainly vital, but any future zero-carbon transportation system also must rely on a larger, greener network of inter-city buses.

The obvious parallel to public ownership of Greyhound is Amtrak, the government-funded passenger rail authority established in 1971. At the time, America’s privately owned passenger railroads were spiraling into bankruptcy in the face of competition from airlines, publicly funded Interstate highways and the cars (and buses) that used them. Under pressure from advocacy groups such as the National Association of Railroad Passengers (NARP), Congress passed the Rail Passenger Service Act, which incentivized railroad corporations to spin off their money-losing passenger divisions into a consolidated, publicly funded system.

Unlike the highways and the airports, which get a constant flow of fuel tax revenue, Amtrak never got a consistent, dedicated funding source, and it shows. Across much of the nation, the rail network remains skeletal. Even on the densely populated Northeast Corridor between Boston and Washington, D.C., the upgraded "higher-speed" Amtrak service (the Acela) is slower than the truly high-speed train service that exists across much of Europe and Asia.

Unlike the highways and the airports, which get a constant flow of fuel tax revenue, Amtrak never got a consistent, dedicated funding source, and it shows.

Still, the creation of Amtrak has ensured that some form of passenger train service endures across much of the United States. Where states have invested in faster, more frequent service (often with the help of Obama-era stimulus funds), it’s not only survived but prospered, with routes in places from Michigan to Washington seeing double-digit percentage ridership increases.

Today, it’s Greyhound that’s on the ropes. After its 2003 bankruptcy, Greyhound cut a staggering 37 percent of its bus network, including roughly 1,000 stops, particularly in rural areas. Inter-city bus travel did enjoy a small renaissance around the time of the Great Recession, as gas prices spiked and discount carriers such as Megabus entered the market, pushing Greyhound to add more express routes. But now that fuel costs have plummeted and discount airlines have proliferated, inter-city bus systems are again in trouble.

Megabus has slashed much of the service it rolled out scarcely a decade earlier, and downsized its major Chicago hub. Last year, Greyhound announced it was eliminating all its routes in western Canada, spurring calls for nationalization north of the border. The next series of cuts could be on its way.

The central obstacle to recovery is that the federal subsidy for inter-city buses is relatively small: about half a billion dollars for rural bus service as of fiscal year 2017, compared to $37 billion in highway funding and $18 billion for aviation. Inter-city rail historically got between $1 and $2 billion, but is riding high at nearly $3 billion.

Given the relative success of Amtrak, even on a paltry budget, why hasn’t Greyhound been nationalized, too? There are a few reasons. In the early 1970s, when nationalization was in the air, Greyhound was still riding high on the new Interstate highways — public ownership didn’t seem urgent. By the time of the company’s 1990 bankruptcy, the Reagan-Bush regime in Washington had made the idea of public ownership anathema.

It’s also likely that the dynamics of racism and classism in America have played a role. Although train travelers are a pretty diverse bunch, Amtrak always had a ready-made base of business-class travelers on its Northeast Corridor and Chicago hub services. Although exact statistics are not readily available, it’s likely that, by comparison, Greyhound riders tend to be lower-income people and people of color; the company estimates that less than one-third of its customers earn more than $35,000 per year.

So far, there has been no bus-oriented equivalent of Anthony Haswell, the Chicago-based lawyer who founded the NARP and helped bring Amtrak into being.

It’s not surprising, then, that Amtrak riders have wielded more (albeit limited) political clout. So far, there has been no bus-oriented equivalent of Anthony Haswell, the Chicago-based lawyer who founded the NARP and helped bring Amtrak into being.

There’s a clear case to be made for nationalization simply to restore Greyhound’s services, rather than allow further cutbacks. After all, inter-city bus service is still vital for millions of Americans, especially those who don’t own cars. As of 2014, the company had about 18 million riders per year, about two-thirds the number of Amtrak passengers. In much of the country, however, Greyhound is the only option for inter-city travel, and even with major new investments in Amtrak, that’s likely to be the case for the foreseeable future.

The crisis of global climate change, however, is probably the most urgent reason for public ownership. The largest share of U.S. carbon pollution comes from the transportation sector, with flying and driving the two most carbon-intensive modes available at most distances. By contrast, the Union of Concerned Scientists (UCS) has called (PDF) inter-city buses "the low-carbon travel champ," stating that they emit less than one-sixth the carbon, per passenger, of a single-occupancy car, and are roughly 2.5 to five times more efficient than flying for trips of less than 1,000 miles. They also handily beat out trains: Although most buses are diesel-fueled, so are most Amtrak trains.

With a Green New Deal, we can hope that much more of the rail network will be electrified rather than diesel-powered, and that more (eventually all) of our electricity will come from zero-carbon sources. For the moment, however, even diesel buses are a huge boon to the climate. Moving forward, a publicly owned Greyhound could implement a fleet of even cleaner electric buses.

Even with a full fleet of zero-carbon local transit and high-speed rail, frequent, reliable inter-city bus service still will be an essential complement to a modern rail network. Amtrak already contracts with Greyhound and other companies to provide "thruway bus service" and take riders the "last mile" (make that 50 to 100 miles) to population centers that lack connecting train service. As more people get on board the trains, these services will only become more necessary.

President Donald Trump probably wouldn’t be caught dead on a Greyhound bus, even a gold-plated one. But as the seas rise, instead of buying Greenland, we’d be better off buying Greyhound, expanding inter-city bus service and taking a bite out of climate change. 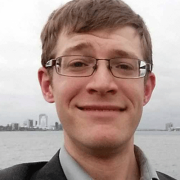 See all by Joel M. Batterman