Signs of a shift in the market for wind

To say that the market for wind turbines is in flux at the moment is putting it lightly.

The traditional major markets specifically in the small and medium turbine segment — the United States, China and the United Kingdom — have seen significantly slower or declining growth in the last two years as a result of a lagging global economy and a reduction in government incentives.

As outlined in a recent Navigant Research report, small and medium wind turbines are defined as any turbine rated 1,000 kW or less. The primary buyers of these size turbines are owners or commercial, agricultural and residential properties looking to boost their energy independence as well as developers of microgrids and remote systems looking to bring power to rural villages and communities.

Currently, the industry for small and medium wind turbines is heavily reliant on incentives to drive growth. The most popular of these incentives is the feed-in tariff (FIT), which offers renewable energy developers guaranteed payments for electricity produced, typically over a contract period of 15-20 years.

Small and medium wind’s main competitor, solar PV, is continuing to see declining prices as well as incentive programs that favor the technology over distributed wind.

As a result, manufacturers of small and medium wind turbines and project developers are having to get creative and expand their reach in order to find new and emerging markets to tap into.

Thanks to expiring and rapidly decreasing government incentives, namely FITs, it became extremely difficult for the technology to remain competitive in the distributed generation space. None felt this shift more than U.K.-based Endurance Wind, which filed for bankruptcy in 2016.

The United States saw a comparative drop after 2012 after the expiration of notable government programs such as the 1603 Cash Grant Program. By 2014, small and medium wind installations in the United States were less than one-fifth of what they were in 2011 and 2012.

China hasn’t seen such a precipitous drop off in installed capacity for small and medium wind as the United States and United Kingdom, but the market has seen a similar slowdown in recent years. This slump is confined to the small and medium segment seeing as China installed over 23 GW of large scale wind last year and 30 GW in 2015 alone. 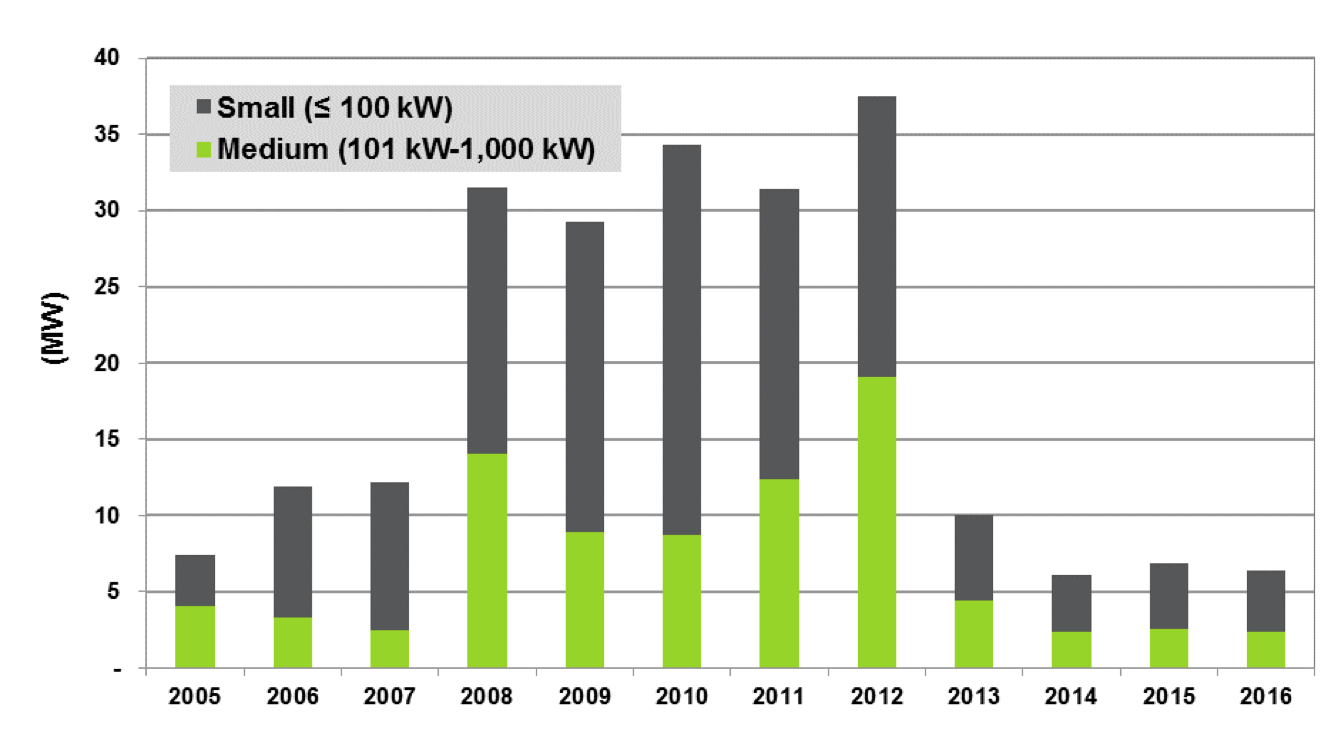 That said, the outlook for small and medium wind is not all dire — far from it, in fact. Several countries still have or recently have implemented favorable incentive programs for the technology.

Italy has been one of the most consistent markets for small and medium wind in Europe and around the globe thanks to favorable programs in place for wind turbines rated 200 kW or less. Units between 1 kW and 20 kW currently have a rate of $0.32/kWh in Italy, while turbines rated between 20 kW and 200 kW are given a FIT rate of $0.29/kWh.

Additionally, wind turbine developers and manufacturers are exploring new markets and applications where small and medium wind can hold an advantage over solar PV and energy storage systems — even without robust incentives.

Areas such as Canada and Alaska, where solar coverage is weak and wind resources are strong, are still relatively abundant and waiting to be tapped by motivated developers. In the right environments, small and medium wind is still a competitive resource in microgrid and agricultural applications, as well.

It’s certainly presumptuous to say that a changing of the guard is taking place.

While recent installation figures of small and medium wind in the United States don’t provide much optimism, there still remains a non-trivial upside in the U.S. market.

New York state’s NYSERDA program has about $6 million in incentives available for behind-the-meter onsite wind turbines. New York has been and remains a leading state for the deployment of small and medium wind in recent years due to high electricity costs and modest wind resources. Iowa also remains a key driver for distributed wind. In 2015, it led all states with more than $3.7 million in awards given out for small and medium wind projects.

The implementation of wind lease programs, originally a popular application for the deployment of solar PV, within the small and medium wind industry has helped spark installation in the United States and abroad. A pioneer in this arena is United Wind, which has wind lease programs currently focused in New York and Iowa that are helping to turn the high upfront capital cost of a wind turbine into manageable and predictable monthly payments.

Lease programs such as this are what propelled solar companies such as Solar City, SunRun and others to rapid growth. United Wind is hoping to expand into other states with favorable wind resources such as Nebraska, Kansas and Colorado in the future.

Further, states such as Vermont and Indiana have implemented aggressive incentives for small wind turbines with FIT rates around $0.25/kWh. There’s even some thought within the U.S. wind community that a heightened focus on reviving U.S.-based manufacturing will help distributed wind because small and medium wind turbines for the U.S. market are manufactured mainly within the United States as opposed to solar PV components and material that are up to 85 percent imported.

It’s too early to call newcomers in the small and medium wind market, such as Japan, leaders in the industry. And it’s certainly presumptuous to say that a changing of the guard is taking place between traditional players such as the United States, United Kingdom and China and emerging markets such as Denmark and Japan.

However, there are signs indicating that small and medium wind, an industry once dominated by a handful of countries, is spreading to dozens of countries across several continents. Where certain countries are declining, others are just starting to grow.

While the current market is difficult, there’s plenty of opportunity for small and medium wind to maintain a strong presence in the distributed generation market. Markets with favorable government incentives for small wind as well as regions with strong wind resources compared to solar resources are the locations to focus on.

The key for manufacturers and developers alike is not resting on their laurels — and knowing where to look. 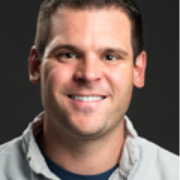 See all by Adam Wilson