From the book "Beyond the Messy Truth" by Van Jones. Copyright 2017 by Van Jones. Reprinted by arrangement with Ballantine Books, an imprint of Random House, a division of Penguin Random House LLC. All rights reserved.

Through #YesWeCode, I’ve gotten a chance to work with Silicon Valley’s top firms. None are perfect. But all are responding to the need for change, and I applaud their growing commitment to inclusion and diversity. Here are some examples of the strides they're making:

Google recently partnered with Howard University, one of the nation’s most prominent historically black universities, to immerse young black computer science majors in the company. 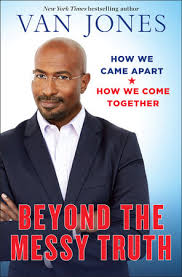 HP Inc. has created one of the most diverse boards in corporate America while diversifying its workforce and increasing the number of women at the executive level. Among other things, it created a powerful media campaign called "We’ll Be in Touch," to raise awareness around ingrained biases within the tech hiring process.

Facebook understands that diversity is imperative for its future growth. As its global director of diversity, Maxine Williams, stated: "If we don’t get it right, we risk losing relevance in an incredibly diverse world." Facebook has increased efforts to recruit more underrepresented minorities through initiatives like Facebook University, an internship program for college freshmen interested in computer science, and Facebook Academy, a summer internship program for Bay Area high school students from underserved communities.

To address and eliminate gender discrimination, Salesforce has conducted salary assessments in the company to focus on pay parity at all levels on an ongoing basis. They’ve implemented non-profit partnerships in order to drive more STEM trainees of color to Salesforce and have successfully launched new apprenticeship models for low-opportunity youth.

If we don’t get it right, we risk losing relevance in an incredibly diverse world.

In addition to the beautiful work done in the tech business sector, I’ve been encouraged by sweeping efforts in cities across America that echo our mission at #YesWeCode. In Chicago, a city often in the news for its high levels of violent crime, we have the first public school district in the nation to identify computer science as a core graduation requirement. Recognizing Chicago’s success and forward thinking, the Obama White House launched a national Computer Science For All (CS4All) initiative in 2016.

New York City set a goal to ensure that all New Yorkers, regardless of income, have access to reliable broadband internet by 2025. Under the leadership of the city’s new chief technology officer, Miguel Gamino, New York now has more than 1 million subscribers to its LinkNYC program, the world’s largest and fastest free public Wi-Fi network. Pittsburgh is vying to become the "Silicon Valley of the East," and that includes a "Roadmap for Inclusive Innovation," which focuses on addressing the digital divide, using open data to improve the quality of life for city residents, advancing clean technologies and investments in immigrant- and minority-owned tech businesses.

Smaller cities in red states, such as New Orleans and Austin, are creating tech initiatives that are cognizant of including their cities’ cultural heritages and community involvement. Louisiana’s Digital Interactive Media and Software Development tax incentive reflects the growing number of companies claiming the credits and growing the state’s tech environment, increasing from $377,000 in 2009 to $15 million in 2014. Current New Orleans Mayor Mitch Landrieu launched the Digital Equity Challenge to come up with ways to connect underserved New Orleanians — including low-income, minority, elderly and disabled residents — to technology.

The city is advocating for community leaders and tech companies to propose innovative ideas to solve the technology-opportunity gap and make New Orleans the next great tech city. Much like New Orleans, Austin is driving its tech boom through smart government incentives. With its vibrant arts culture and university-rich workforce, Austin was ranked the No. 1 tech destination in 2017 as a more affordable, talent-rich alternative to San Francisco.

How can we come together to spread the education and training that Americans need to succeed in the emerging digital economy? First, parents and neighbors need to encourage the youth, unemployed people and underemployed people in our lives — especially those who would have nontraditional backgrounds for tech — to try STEM plus arts education and stick with it. Second, voters should support candidates who are dedicated to increasing STEM plus arts education in our public schools and universities. Third, investors should back would-be tech entrepreneurs who are female, nonwhite or based in small towns or rural areas. Their firms may well spot a different set of problems, creating value in unexpected places.

How can we come together to spread the education and training that Americans need to succeed in the emerging digital economy?

But the biggest game changer of all is one we have yet to discuss: high-quality "bootcamp" training programs to rapidly accelerate the education of would-be computer coders.

We need to think beyond college as we imagine an American workforce that can thrive in the 21st century. Yes, college is important. But graduation rates are not moving fast enough to keep up with economic demand in the United States. The most prominent example of this is in the tech sector; the demand for developers is growing exponentially. But the one area that tech has fallen into traditional ways is by relying on college graduates to supply its workforce. As a result, the pool of available coders doesn’t have enough people — and the people don’t have enough diversity when it comes to race and gender. The way to both deepen and broaden the pool is to accelerate access to a new kind of educational opportunity: bootcamp training programs.

A form of nontraditional workforce development, coding bootcamps are full-time intensive programs. They ideally take those who are new to coding and transform them into employable software developers. These training programs produce qualified coders in fewer than six months. There were more than 2,000 coding-bootcamp graduates in 2013. In 2016, we saw a 725 percent growth in bootcamp graduates, to 17,966. The bootcamp industry is primed to close the unfilled jobs in the tech industry with amazing effectiveness and efficiency.

Despite the efficiency and the effectiveness of the coding-bootcamp model, it’s not perfect. Good ones don’t exist everywhere. With a price tag of $15,000 to attend a coding bootcamp, many can’t afford the entry fee. Also, bootcamp staffing generally reflects the current demographics of the tech sector. As a result, the learning environments there sometimes mirror the STEM learning environments, which can feel unwelcoming to women of all colors and men of color. The key is for bootcamps to teach in more creative, inclusive ways and to engage with multicultural communities. 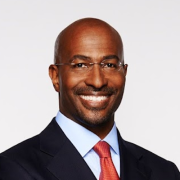 See all by Van Jones