By 2017, more than 17 million "smart" streetlights could illuminate cities around the world. Spain's capital city Madrid, for example, just announced a 225,000-light retrofit, one of the biggest projects yet. Huge metropolises such as Boston, Los Angeles and New York have embarked on similar upgrades.

While controlling lighting costs may be the surface-level motivator for these investments, far more is at stake than lower electric bills.

In many cases, energy-efficient streetlights are becoming the de facto host platform for networks capable of hosting a range of smart city applications — anything from better traffic information to environmental monitoring to public safety. And few companies (if any) have a bigger presence than Silver Spring Networks, which already connects more than 20 million devices.

"Together, we are transforming the industry by unlocking exceptional efficiencies, driving record consumer satisfaction levels and improving the sustainability of our communities," said Silver Spring Chairman, President and CEO Scott Lang, when the Redwood City, Calif.-based company reached that milestone in mid-November.

But the company's increasingly high-profile urban installations include work in Copenhagen, Glasgow and Miami. What's more, Silver Spring is participating in the ambitious pilot project in Paris that aims to reduce public lighting energy consumption by 30 percent over the next decade. (Paris hasn't yet announced its vendor selection, he said.)

"Cities are looking for sustainable ways to compete on a global stage, so we've taken a closer look at things like smart city applications. The usual on ramp is LED upgrades," Boguszewski said.

Silver Spring's project in Glasgow, where its adaptive lighting platform is being used to monitor vehicle, bicycle and pedestrian traffic, offers some insight into the applications made possible through its technology. The Scottish city's streetlights are programmed to automatically brighten and dim depending on ambient light levels as well as how many people are in a given area. The solution, installed by LED Roadway Lighting, includes lights, controls and traffic cameras. 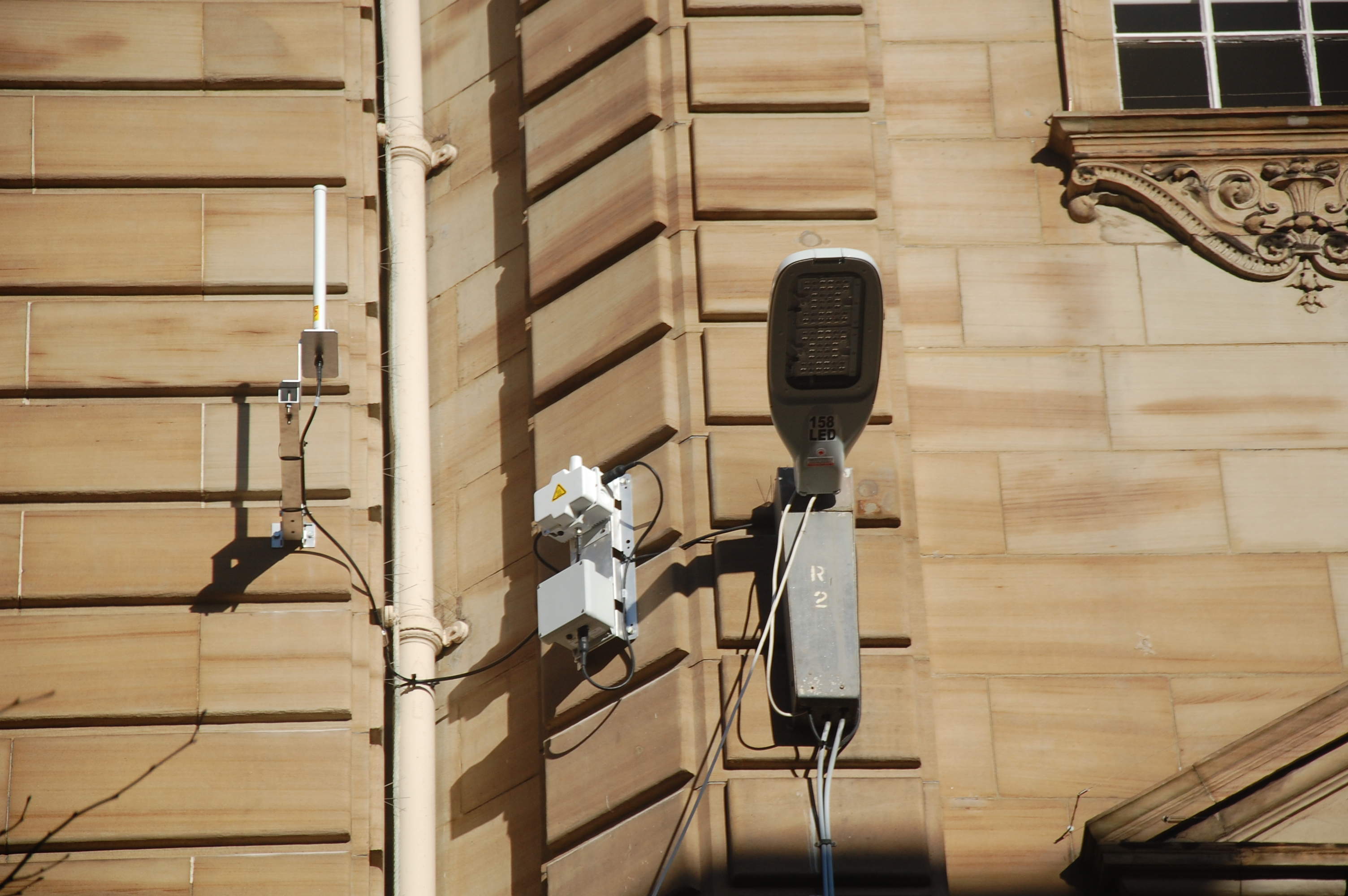 "They are thinking hard about how to get practical benefits to both citizens and to maintenance teams," Boguszewski said.

Central to Silver Spring's planned 2015 push into additional smart city projects is the next generation of its networking technology and Streetlight.Vision management platform, which the company acquired in mid-2014 to extend its Internet of Things strategy. Among the updates are integrated support for global positioning satellite data, which brings better location awareness; and a migration path for existing systems that use general packet radio service communications services to connect. As of this update, Silver Spring's growing list of smart lighting partners also includes EnLight Energy Efficient Lighting and Lumnex.

You'll also see the company experiment with financing models to help municipalities move forward. In Copenhagen, for example, Silver Spring is responsible for running the network behind its applications and improving reliability. It is paid a "network as a service" fee based on the number of endpoints being managed.

Glasgow's initial smart city applications, on the other hand, are being funded through the Future City Glasgow Demonstrator. The money behind the project comes from the U.K. Technology Strategy Board, which invests in "cutting-edge" technologies that could drive economic growth.