Is Simple the New Green?

The last couple of years were witness to a stampede of product launches featuring green attributes and positioning.

Today, however, the marketing herd is currently shifting its attention to a new direction: simplicity.

This Simple Revolution, amply supported by compelling case studies, is fast becoming the new “must have” for corporate marketers.

Not surprisingly, the technology industry is at the epicenter of the Simple Revolution. Stripped down laptop computers known as netbooks will sell an estimated 33 million units in 2009, about 20 percent of the total PC market, despite the fact that they do little more than provide access to email and the Internet.

Pure Digital, maker of the near ubiquitous Flip video camera line, sold over 1 million units of its low def, small screen, minimally controllable camera when it was launched in 2007. Today, Pure Digital controls an estimated 17 percent of the camcorder market.

Yes, those products are considerably less expensive than their competitors, but the difference in price doesn’t tell the whole story.

In March 2009, Haagen-Dazs Ice Cream launched a new premium product line called Five. Five was developed in the belief that consumers are gravitating toward foods with fewer, recognizable ingredients. The name Five reflects the number of ingredients: milk, cream, sugar, eggs and a natural flavor such as vanilla bean. In 8 months, Five sales have grown to account for 10 percent of Haagen-Dazs business.

The irony here, of course, is that green products, with their promises of enabling simpler, less impactful living, are rife with complex and confusing messages.

The Simple Revolution, then, has many lessons for green marketers, some of which include:

At last count, there are over 300 definitions for sustainability. Moreover, consider the number of different terms used to describe green products: green, natural, organic, eco-friendly, biodegradable, etc. The differences between these terms are largely indistinguishable to consumers. Choose wisely when selecting terminology, and avoid buzz words whenever possible.

For better or worse, we live in Twitter-time. If an idea, concept or benefit takes more than 15 seconds to digest, chances are it won't be. So, when you're writing out that value proposition, best to keep it below 140 characters.

Time and time again we've heard the same thing from participants in focus groups concentrating on sustainability issues: "That's great and all, but What’s In It For Me?"  If your pitch begins with a big, high concept idea (e.g. “Buy this and save the planet!”) it’s time to go back to the drawing board. Define how the green attributes of your product impact people on a day-to-day level.

Transparency ... to a point

Advocates of transparency believe that companies should comprehensively reveal everything about their operations and sustainability in order to create trust. But consider: When’s the last time you thoroughly read a corporate annual report? In truth, turning on a fire hose of information only serves to further mystify people. Yes, transparency is important, but the “how” you release information is equally important to the “what” you release.

It’s trite, but true and effective: Keep It Simple, Stupid. And it’s probably worth noting that this article was written using Microsoft’s Notepad, the free, virtually featureless text editor included with Windows.

David Almy is a principal of ADC Partners and teaches marketing at the University of San Francisco. 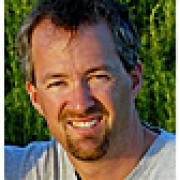 Aligning Brands to Sustainability as a Strategy for Survival and Growth

See all by David Almy