Climate risks affect businesses of all sizes. Action once seen as "too far and too fast" is now accelerating.

Businesses have always had an important seat at the table for past climate negotiations, but for most summits they have sat on the other side of the isle. In 1997 on the verge of the Kyoto Protocol, businesses groups engaged intense lobbying campaigns against the agreement. Even this year after the announcement of the EPA Clean Power Plan, conservative American business groups hoped to shoot down the regulations.

But in the lead up to 21st Conference of Parties to the United Nations Convention on Climate Change we have unprecedented support on the part of businesses for global action. In the US 154 major companies have signed on to support the White House American Business Act on Climate Pledge, including Ben & Jerry's, Starbucks and Nike. Globally, the World Bank has had thousands of businesses joining their Carbon Pricing Leadership Initiative. Even major European oil companies signed a letter to global leaders calling for a price on carbon emissions. And as the clock ticks down to what may be the most significant meeting of world leaders, more and more business groups have been unifying to call for action.

Why this change of heart? For years the science behind climate change has grown clearer and the need for transition more focused. Businesses are beginning to realize the risks climate change poses to their operations, and the role they can play in the transition to a cleaner economy.

“We know that climate change is not just about polar bears,” said EPA Administrator Gina McCarthy, "It’s about our kids future and small businesses can learn tremendous lessons and save money and make their businesses more efficient and become a stronger member of the community."

Climate change is not just about polar bears.

The costs of business in a changing climate is rising dramatically and will continue to do so in coming years. Risks—such as coastal flooding that could produce damages costing $1 trillion a year by 2050—have a direct impact on production capacity and operational costs affecting the competitiveness, profitability and viability of many industries. Sea levels could rise to 19 inches putting over 2,000 communities at risk. And extreme weather will put at risk up to $28 trillion in assets. Given these risks, investment in adaptation makes business sense.

Climate risk is quickly becoming an embedded factor in business operation, as corporate sustainability becomes a global movement. But what does this buzz word actually imply for public policy? Are mobilized business leaders actually starting to take action back home?

While small businesses are, by definition, small, they are quite large as a collective community. Cumulatively, small businesses in the US alone contribute to approximately $60 billion in annual energy costs and nearly half a billion metric tons of annual carbon emissions. Due to the innate uniqueness that comes along with the small business community it has been difficult to create a solution that can address climate risk for all types of small business. So what has resulted?

A spew of “eco-friendly tips” and the generic sustainability mantra on the Internet. Businesses have the opportunity to mitigate future climate disaster by doing what they’ve always done—strategic planning, risk assessment, investing in infrastructure, diversified supply chain—using the best available information about potential risk.

While small businesses are, by definition, small, they are quite large as a collective community.

Small businesses across the globe are looking to become a part of the conversation and are taking these challenges head on with their own initiatives. This year Seventh Generation, a mission-driven producer of household and personal care products, launched a self-imposed internal carbon tax. The revenue generated from the $12 per ton CO2 fee will be used to increase operational efficiencies and purchase renewable energy. And with small business action, larger companies Microsoft, Disney, and Shell have followed in suite, using the money to invest in other green initiatives.

Thus, it has been shown that the key to provoking action among a vibrant community of businesses, large and small, is through global engagement. Thousands of businesses are joining voluntary sustainability initiatives. The UN Global Compact, the official platform for business at the COP21 negotiations, has convinced more than 8,000 companies to commit to principles of labor and human rights, environmental protection and anti-corruption. Engagement is necessary to promote and inform stakeholder initiatives, and put much-needed pressure on political leaders.

That being said, in order for business engagement and initiative to be effective we need a broader government initiative. As McCarthy puts it: “We know how important it is in the United States, [government] needs to take a stance and be a voice in all of these large public policy decisions because people today care about climate change, they want leadership.” In other words, while business engagement is important action is needed on all levels. This is absolutely necessary, as business leaders at home are going to take cues from their government on how to take action.

With growing corporate support of climate change many have been asking — will the voice of the business sector actually have an impact on the outcome in Paris? Signs are leading to yes. Over the course of these two weeks the business voice has been louder than ever. Businesses are convening at COP not only to engage but also to demand the policies they need to spur their transition to a prosperous, low carbon economy.

For the first time, business is being called on by political leaders to provide active support. Companies who once viewed climate action as going too far and too fast now see the need for it to go farther and faster. 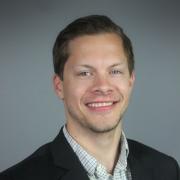 See all by Michael Green