Sponsored: Learn how infrared spectroscopy can identify the diverse compositions of different plastics by the simple use of a portable handheld device that combines trinamiX data analysis with a mobile app.

The manufacture of plastics in the United States has increased significantly over the last several decades, by nearly a hundredfold between 1960 and 2018, when more than 35 million tons were produced, according to the Environmental Protection Agency. Much of that material ends up in landfills, where it will take up to 500 years to break down — that’s in addition to the approximately 8 million tons of plastic that finds its way into our oceans every year.

Fortunately, people around the world are becoming ever more attuned to the dangers of plastic waste, and as a result, recycling is growing in popularity. But while recycling can help reduce the amount of plastic that ends up in the environment, its impact is seriously limited for a surprising, little-known reason — not all plastics are the same.

"Relatively little of our plastic waste is recycled because there are various types of plastic with different chemical compositions, and recycled plastics can be contaminated by the mixing of types," wrote Renee Cho for the Columbia Climate School. "Separating plastics from other recyclables, and different types of plastic from each other, is labor-intensive and so far there has been no easy solution."

Enter trinamiX, a wholly owned subsidiary of BASF, the world’s largest chemical company. TrinamiX has developed a handheld scanning device that employs a widely established analytical technique known as near infrared (NIR) spectroscopy to instantly determine the particular type of plastic used in an item. For instance, a grocery bag is often made from a kind of plastic known as high-density polyethylene (HDPE), but your water bottle usually consists of another type known as polyethylene terephthalate, or PET. These items must be separated before they can be recycled because they are made of fundamentally different materials.

"Plastics are common in our world today, and the average person may be surprised to learn just how many different types of plastic exist within the home," Brian Schmatz, business development manager for trinamiX North America, explained. The plastic in grocery bags, children’s’ toys, nylon clothing and many other items are "all common polymers existing within a typical household," Schmatz said. "But while we’re used to recycling things like PET bottles and laundry bottles, many of these other materials do not make their way to the appropriate recycling facility to be repurposed."

The trinamiX device can differentiate among these various types of plastics through spectroscopy, the study of the interaction between light waves and a particular object. Like a fingerprint, every type of plastic emits its own unique pattern of reflected light. By analyzing this pattern, you can instantly figure out what kind of plastic you’re dealing with. Schmatz noted that most of us perform a simple version of this analysis all the time using nothing but our eyes, pointing to the example of when we determine that a banana is ripe after noticing the yellow coloring of its skin. Near infrared spectroscopy works somewhat differently, however, in that it uses infrared light, which can’t be seen with the naked eye. Although they’re invisible, infrared light signatures can reveal a wealth of information about the object one wishes to study.

When a scan is performed using the trinamiX spectrometer, the data collected is instantly compared to other light signatures stored in a data cloud maintained by BASF, and the matching result is displayed on an ordinary phone app. Whether used curbside or at a municipal recycling facility, the device can easily identify the various types of plastic in the waste stream — and at a price point several orders of magnitude lower than the large-scale scanning equipment typically employed for the sorting of plastics at some recycling facilities.

Given its cost-effectiveness, the trinamiX spectrometer also allows for less common plastics to be identified efficiently, opening up new pathways for recycling beyond merely leaving items at the curb. A volunteer assisting at a river cleanup, for instance, could use this technology to identify and sort the more exotic plastics she comes across that don’t normally get recycled, such as nylon laundry bags and PVC lawn chairs. BASF already recycles carpeting, a plastics-based material which isn’t typically included in municipal recycling programs — a process that can become even more efficient thanks to trinamiX.

"With trinamiX handheld technology, the ability to rapidly sort plastic types can enable small, targeted and decentralized recycling efforts to efficiently sort clean streams of plastic materials and direct them to the appropriate recycling facility," Schmatz said. "Materials like fishing nets and lines, mattress foams, carpets and textiles can all benefit from this type of model."

The versatile trinamiX scanner has a host of other uses as well. NIR spectroscopy can be used to identify the material in clothing and can even measure the composition of skin, an aid in creating new cosmetics. But above all, the trinamiX handheld scanner is another tool in realizing BASF’s commitment to bringing about a circular economy in manufacturing, a market in which far fewer items end up as waste and instead are repurposed while sustaining economic growth. After all, plastic lasts for centuries. Shouldn’t it be used more than once? 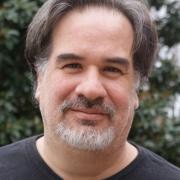 Life just got easier for makers of ‘clean beauty’ products

See all by Paul Milo