The smart grid presents an interesting problem for the world of big data, and particularly the field of unstructured data. Where traditional data management requires its data to be formalized and regimented, unstructured data systems take their data as-is, so to speak, from the literally uncountable numbers of inputs by which information is digitized, and then make sense of it.

That’s an approach ready-made for the heterogeneous and evolving world of smart grid big data, to be sure. All those smart meters, distribution automation systems, plug-in vehicle chargers and demand-response-enabled homes and businesses send and receive massive amounts of data, using a variety of communications networks to connect with a variety of back-end software systems, which can be managed by utilities themselves or their vendor partners.

Integrating them one-to-one is tricky enough. Sharing their data universally -- whether to analyze it, or to actually manage and control the disparate systems connected to the unstructured data engine -- is another level of integration altogether.

That’s the kind of capability that AutoGrid Systems is promising. The Palo Alto, Calif.-based startup unstealthed on Monday, and announced it has raised a $9 million Series B round from investors Foundation Capital, Voyager Capital and Stanford University. Since its 2011 founding, it has also won backing from the U.S. Department of Energy’s ARPA-E program, which awarded it a $2.87 million grant last year, as well as the California Energy Commission with a grant earlier this year.

AutoGrid’s core technology is its Energy Data Platform, the cloud-based unstructured data analytics and management engine that takes in data from a multitude of sources and applies real-time predictive algorithms to the flood. CEO Amit Narayan, a former VP of research and development at semiconductor firm Magma Design Automation and founder of Berkeley Design Automation, has been director of Stanford’s smart grid simulation research for the past two-and-a-half years or so, and AutoGrid has also partnered with U.C. Berkeley, Columbia University and Lawrence Berkeley National Laboratory in its work.

Both Palo Alto and SMUD are using the first of what Narayan promised would be many new applications from AutoGrid, known as the Demand Response Optimization and Management System, or DROMS. In simple terms, DROMS allows a utility, or another customer, to organize its entire DR portfolio, from picking out the programs and customers it’s going to work with, to actually executing the real-time shutdown of power loads across tens of thousands of endpoints, to verifying and accounting for the results.

In a Friday briefing in Palo Alto, AutoGrid executives showed off a quick demo of the system’s capability to manage a home demand response event from a simple web-based platform. It was a typical office demo setup, with devices from vendors like Silver Spring Networks, Energate, EnergyHub, Echelon, Itron and Coulomb’s ChargePoint car charging platform lined up against the wall, while Jimmy Caputo, senior product manager, turned them all on and off from a single web console. He even set up the system to call my cell phone and send a text to another reporter’s cell phone, warning us that our “home” was experiencing a peak power event.

This kind of functionality isn’t new: pager-operated AC cycling programs, load control switches, smart thermostats and other such devices are adjusting household and business customer power usage today. But almost all of those programs feature single-source vendor relationships, and very few are integrated in a way that allows a utility to control its different systems from a single console, he noted. On that front, AutoGrid might face competition from integrated demand response offerings like that being offered by Aclara and Calico Energy, or Silver Spring Networks and its various DR partners.

Narayan also described a pretty impressive set of business and operational tools DROMS brings to its customers, whether those might be utilities, retail energy service providers, demand response aggregators, or the owners of the buildings that are consuming the energy. Here again, the ability to combine lots of unstructured data and analyze it can yield insights into the bewildering set of variables that go into setting up a DR program.

Take Palo Alto’s seven-customer DR program, now being managed by AutoGrid’s system. Most of today’s demand response aggregators like EnerNOC, Comverge, Constellation Energy and the like wouldn’t tackle a project that small, because the return in megawatts of reduction wouldn’t justify the customer acquisition and technology set-up costs, he said.

But AutoGrid, using its big-data-crunching magic, was able to identify critical utility customers that already had dial-up modem “smart” meters, giving the utility a way to measure its power reduction. As for telling the customers when to shed load, Palo Alto is using good old-fashioned email and phone calls to building operators to get the job done, Narayan said -- an option that worked out to be the most cost-effective. (Big-data-based startups like FirstFuel, Retroficiency and IBM are applying similar principles to the building energy efficiency field, by the way.)

For instance, old-fashioned one-way radio controlled air conditioner switches can turn down power use at homes, but can’t communicate back. Add smart meters to those homes, however, and you’ve got a device that can give you fifteen-minute updates on the resulting power reductions, all measured against an industry-accepted baseline.

But that can only happen if the system managing the interaction can quickly and accurately combine those two disparate sets of data to come up with the answers that utility operators need, Tang noted. That, of course, is what AutoGrid’s big data platform is all about.

In the long run, AutoGrid’s DROMS is seeking to deliver demand response services at a cost that’s one-tenth that of today’s way of doing demand response, while offering a 30-percent higher yield on investment in terms of achieving customers’ goals for their demand response programs, Narayan said. That’s a pretty lofty goal, and it will be interesting to see how the company and its customers perform on it. Narayan said AutoGrid is expecting to announce several new customers in the coming months.

Narayan also noted that AutoGrid is working on communicating over the AMI networks of Silver Spring, a startup also backed by Foundation Capital which has about 12 million meters connected to date and millions more under contract. While Narayan wouldn’t go into details on the Silver Spring relationship, one piece of data that emerged during AutoGrid’s Friday presentation indicated that the two may in fact already be working together on real-world deployments.

In particular, the presentation featured a map of the Oklahoma City area, featuring clusters of homes that are connected to a utility demand response program that AutoGrid is working with. Silver Spring just happens to be working with utility Oklahoma Gas & Electric and smart thermostat vendor Energate on a smart-meter-enabled demand response program in the Oklahoma City area.

None of the AutoGrid executives at Friday’s briefing would say whether or not the company is involved with Silver Spring on that OG&E project, which is one of the first large-scale residential DR projects of its kind in the U.S. leveraging smart meters to manage home energy.

They also wouldn’t comment on whether or not AutoGrid’s Energy Data Platform was being used today by other vendors, including Silver Spring, as a backbone to various smart grid analytics projects they’ve been rolling out over the past year or so. But Chris Knudsen, AutoGrid’s CTO and former PG&E smart grid architect, said AutoGrid was intent on getting its technology out to the industry via a variety of channels, including licensing it to partners who could white-label it under their own brand.

Of course, nobody’s going to tackle the big (and unstructured) data smart grid challenge without making lots of partnerships. AutoGrid itself uses the host of big data tools, such as Hadoop, that have been so integral to the big data needs of internet giants like Google and Facebook. We’ve seen other partnerships emerge to tackle big data challenges, like NoSQL vendor Versant and EPRI, or Dell and OSIsoft, or Itron and IBM, or Silver Spring and EMC, to name a few examples.

Eventually, AutoGrid plans to incorporate actual grid physics modeling into its suite of offerings, so that utilities can predict how demand response programs, weather events and the predictably unpredictable behavior of energy consumers will affect the actual ebb and flow of electrons on the grid, Narayan said.

In the end, the main question for all these big-data data management technologies is, do they stand up to their promised capabilities? Certainly partners like ARPA-E, CEC and Stanford would appear to give AutoGrid some bona fides on its core technology. How it executes on its vision -- delivering the latest in big data technology via smart grid-tailored applications like DROMS -- has yet to be seen.

This story originally appeared on Greentech Media and is reprinted with permission. 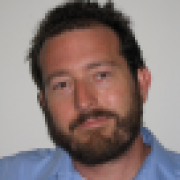 See all by Jeff St. John