Smart cities: A key element for the green recovery

Sponsored: Any green recovery plan requires a closer look at smart-city infrastructure investments. Part of this requires taking a closer look at raw materials, such as copper, in order for smart cities to reach their full potential while improving their environmental performance.

This article is sponsored by International Copper Association.

This year’s Climate Week NYC confronted humanity’s largest long-term threat — climate change — from the perspective of the COVID-19 pandemic, the greatest challenge of the current moment. Across every sector, a common theme has emerged: green principles must be placed at the center of recovery efforts to ensure our society and economy are on a truly future-proof path.

As a dense and bustling city, New York is an ideal place to consider what a green recovery might look like. Cities drive the economic engines of society, but that economic activity also acts as one of the largest sources of emissions. According to UN Habitat, cities consume 78 percent of the world’s energy and produce more than 60 percent of all anthropogenic greenhouse gas emissions. The UN's 2018 World Urbanization Prospects report shows that over 55 percent of the global population is urban, a figure set to rise to nearly 70 percent by 2050. Megacities such as Delhi (26 million people), Shanghai (25 million people) or Manila (22 million people) will become more common, and the way these cities develop will determine the long-term trajectory of how the world’s population lives, uses energy and travels.

In the regions that have long been more urbanized, such as the U.S. (82 percent urban) and the EU (75 percent urban), cities continue to grow. Clearly, the world’s future is urban, but cities not only need to be good places to live, they need to be good for the planet as a whole. With a majority of the world’s population and a climate footprint to match, cities will need to be a central element of the sustainable recovery. Harnessing the power of cities’ complex interacting systems may point the way to climate neutrality.

To make cities green, they need to become smart; a holistic view sees cities as massively complex networks of people, infrastructure and ideas with nearly endless permutations. Rethinking cities as systems rather than a collection of parts will allow them to become far more efficient, environmentally friendly, resilient and safe.

A smart city uses the synergies of those complex systems to maximize the impact of technological innovations, and many emerging technologies can assist in turning cities into more sustainable places. Perhaps the most well-known technological advance has been the scaling-up of renewable energy technologies, making rooftop solar installations affordable and allowing initiatives such as community solar parks to spring up. Where generating power was once the domain of multibillion-dollar utility companies, technology has enabled local residents to directly contribute to a cleaner energy system and be their own power producer, so-called "prosumers."

Smart cities are increasingly filled with smart buildings, which are almost like cities in miniature. A smart building is characterized by the use of sustainable technologies and solutions, such as switching traditionally gas-burning appliances such as water heaters and dryers to electricity, generating the electricity to power the home with rooftop solar panels or even building-integrated photovoltaics, and using eco-friendly materials and energy-saving designs such as heat pumps. Usually heating, ventilation and air conditioning consume the most energy in a building, and massive opportunities to save energy and emissions can be achieved through retrofitting buildings with modern, efficient HVAC systems; the payback period for these retrofits is usually a few months or years.

While these technologies do not make a city or a building "smart" in isolation, the feature that truly does so is the integration of previously separate systems to work together. For example, the growth of electric vehicles has opened a path to greatly reduce these emissions by powering cars and trucks with renewable electricity, but a smart city can use them to unlock even greater potential. A major downside of many renewable energy technologies is their variability; the sun is not always shining and wind is not always blowing. A smart grid enables vehicle-to-grid storage, letting parked electric vehicles act as batteries connected to the entire urban energy grid, providing large-scale energy storage with vehicles the public is already buying rather than needing to build expensive, utility-scale batteries.

Transportation is one of the prime targets for emissions reductions, and for good reason: according to the EPA, transportation accounted for 28 percent of U.S. greenhouse gas emissions, more than any other sector. As the share of electric vehicles grows, a focus on integrating them into smart systems can further increase their environmental benefits.

The smart cities of the near future will require the construction of a substantial amount of infrastructure, most of which will require crucial resources that are sustainable, durable and of excellent quality — such as copper. Electric vehicles use almost four times as much copper as conventional ones, while renewable energy generation uses four to 12 times as much copper as comparable fossil-fuel power sources. The city-wide computer networks of smart cities, smart grids, plumbing, lighting and roofing of buildings will all need plenty of copper, as well as other critical raw materials, in order to reach their full potential, while improving environmental performance.

As the demand for raw materials continues to grow, smart cities need to move away from a linear consumption model to become more sustainable and self-sufficient. As a major source of electronic waste, cities are well placed to recover and reuse metals such as copper that can be infinitely recycled without losing their valuable properties. "Urban mining" is not only an economic imperative to meet the increasing demand for raw materials, but also a key to a more circular and resilient economy.

As world leaders plan the path out of the current crisis, cities should be placed at the center of the recovery. There seems to be a consensus that the rebuilding after the pandemic must not entail a return to business as usual; leaders should seize this opportunity to reorient the economy and boost growth and jobs through investment in technological solutions to fight climate change. By networking the wide range of innovations across energy, buildings and transportation, smart cities can pave the way toward a more livable and sustainable future. 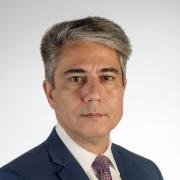 See all by Steve Kukoda