Smart Grid Moves Toward Its Next Phase

Several lessons emerged from Grid Week in Washington, D.C. The most striking for me is how smart grid applications are beginning to be used in daily operations -- especially on the power generation and distribution side of the business.

The consumer side -- while equally promising and far-reaching -- may take longer, but don't estimate the potential for that side of the market to grow quickly as well.

What only a few months ago were considered "pilot projects" are now increasingly becoming a part of everyday operations for several utilities across the country.

In essence, smart grid is moving to a new phase that proves the business model works and proves it can be a part of a new energy era which includes more sustainable sources of energy as well as the means to deliver it. 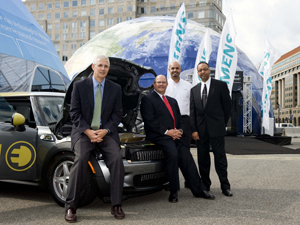 For example, Bluebonnet Electric and Oncor -- both electric utilities located in Texas -- have installed Siemens Smart Grid solutions. Bluebonnet has rolled out a meter data management system and customer engagement portal, and Oncor is already seeing results from the distribution management system they have implemented.

Developments like this also put us that much closer, for example, to making charging stations for e-cars more of a reality where they can be connected to the grid and electric vehicles can be charged at optimal times.

Another lesson emerging this week is that it appears the public-private partnership for smart grid appears to be working. It started with $11 billion in funding from the American Recovery and Reinvestment Act (ARRA) for modernization projects and most recently included the rollout of the first Interoperability Framework introduced by the National Institute of Standards and Technology which will help improve grid interoperability and security.

No question, standards setting will help the industry overall and put us on an equal footing internationally. Washington should be applauded for their ongoing role here. But equally important is the fact that as Washington helps set those standards, the private sector is already seeing the opportunities and investments are starting to flow.

"These initiatives are a start ... and many more standards and protocols need to be developed," Locke said. "But it's critical that we get it right -- not just domestically, but internationally as well.

"Imagine the kind of innovations we'll see if a small business in Silicon Valley or Seattle can sell the same smart grid product or service in South Dakota, as it does in Seoul and Stockholm." 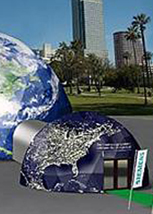 Entrepreneurs will drive the next phase as economies of scale kick-start an innovation revolution. As smart grid transforms further and faster, I think this is just the right balance.

The private sector needs government to set the rules. We all benefit. Yet government is also acknowledging that the private sector is the true engine for innovative growth once that market is ready. And after last few days at Grid Week in Washington, I think we're getting there faster than we ever thought possible. 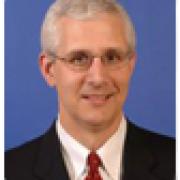 See all by Paul Camuti