Tweets and GPS may seem like mere conveniences, but in regions with less infrastructure, smartphones can help pinpoint quakes fast.

When the ground starts shaking, seconds can mean the difference between life and death.

Earthquake prediction is still the stuff of science dreams, but wealthier regions of the globe such as Japan, North America and Europe have invested in expensive systems that can alert citizens as soon as a temblor is detected. That leaves a huge swath of less prosperous humanity living in quake-prone areas to realize that catastrophe is imminent only when buildings start shaking.

Two crowdsourcing projects look to sound the alarm a bit earlier. Similar to current projects fighting deforestation and monitoring air quality, these efforts hint that the future of accurate earthquake detection will rely upon regular people, smartphones and the Internet as much as on specialists and expensive technical equipment.

Ears to the Internet

In one, European scientists have developed a real-time detector by listening to Internet traffic. Their system can spot earthquakes from 30 seconds to two minutes after they happen and automatically alert people in the area.

“In our system, people are the real-time seismometers,” said Rémy Bossu, head of the Euro-Mediterranean Seismological Center, during a recent meeting of the American Association for the Advancement of Science. “The Internet can be a digital nervous system for our planet.”

The EMSC system monitors Web traffic coming onto its site and on Twitter to locate a seismic event felt by people. In one study published in 2014, the system detected where an earthquake was happening within two minutes and with a location accuracy of 19 miles. Once the program detects the quake, alerts go out through Twitter and to users of the system. 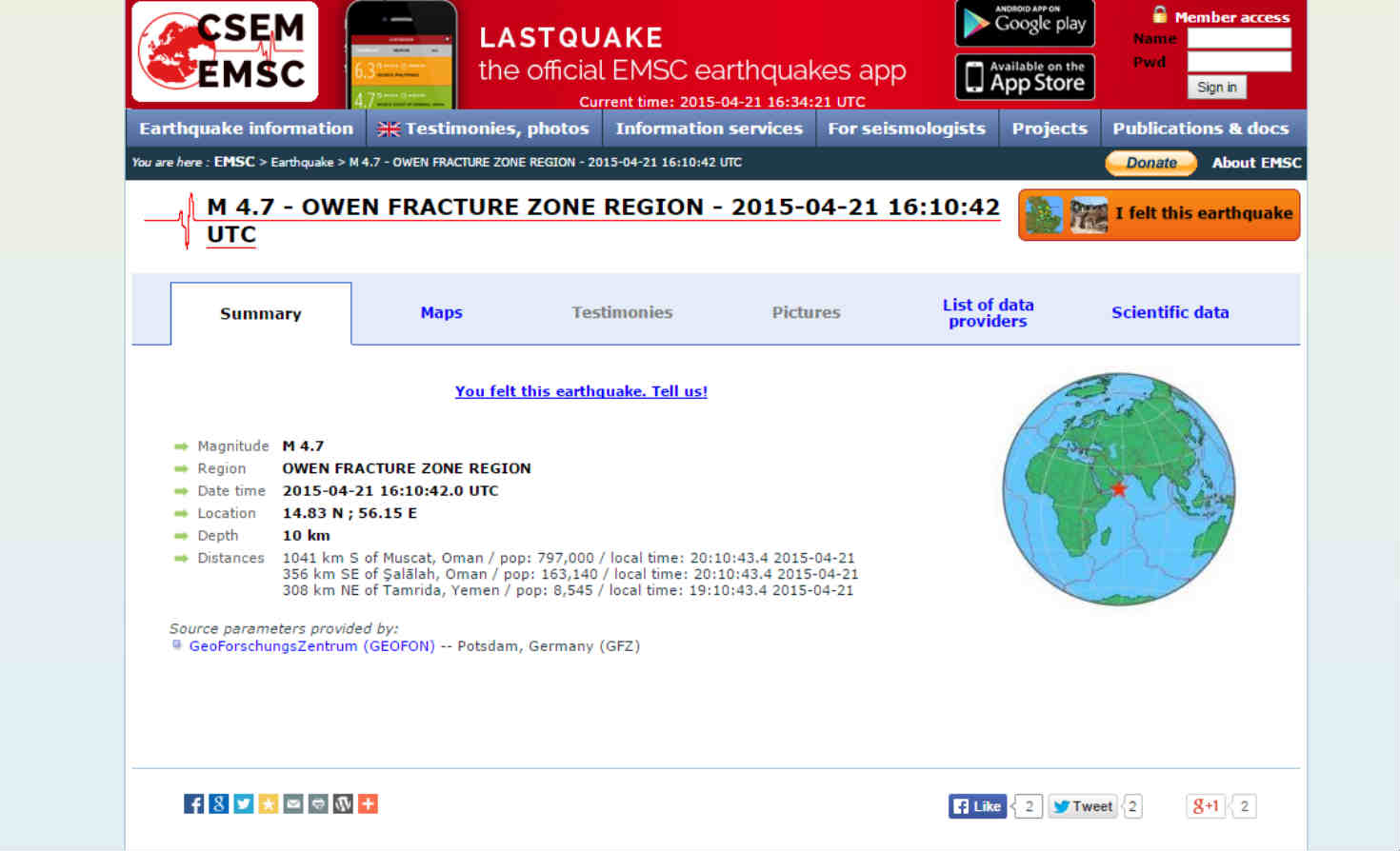 It works, the group said, by “optimizing the rapid convergence of eyewitnesses,” and location accuracy and detection speed are coming down as they improve the system. They also hope to get more users — and thus more human sensors and data — by launching apps for smartphones and incorporating data collection through wearable devices such as fitness monitors.

U.S. researchers reported late last week in the journal Science Advances that they determined smartphone GPS sensors could sit at the heart of a crowdsourcing system that issues early earthquake and tsunami warnings. They found that such a citizen-based detector could replace expensive conventional early warning systems or augment them with more data.

The U.S. study looked at GPS sensors now commonly included in smartphones, which are capable of detecting ground displacement differences, albeit imprecisely, before and after the fault motion that causes an earthquake.

“Crowd-sourced data are less precise, but for larger earthquakes that cause large shifts in the ground surface, they contain enough information to detect that an earthquake has occurred, information necessary for early warning,” said study coauthor and geophysicist Susan Owen of NASA’s Jet Propulsion Laboratory.

Using the 2011 Japanese earthquake as a model, they tested what would be needed to create an earthquake early-warning system with smartphones. Their results indicated it would take a surprisingly small number of smartphones to contribute to it: Just 5,000 in a large metropolitan area could provide enough data to send a warning to outlying areas before shaking commenced there.

“The speed of an electronic warning travels faster than the earthquake shaking does,” said Craig Glennie, a report coauthor and University of Houston engineering professor.

See all by Txchnologist staff