His staff thought he was crazy.

More than a decade ago, Dennis Treacy, head of the Department of Environmental Quality for the Commonwealth of Virginia, told them he was leaving government. He was going to head sustainability at Smithfield Foods, the world’s largest pork processor and hog producer, with revenues exceeding $15 billion in 2014.

To his team, Smithfield was the poster child for a bad company; it even held the record for the largest Clean Water Act penalty levied in EPA’s history at the time.

“An audible gasp went up in the room," Treacy said when I caught up with him recently in Richmond. "I mean, it was momentous."

Just prior to his arrival at Smithfield, my McDonald’s supply chain team that oversaw meat and pork products had just returned from visiting Smithfield. We expressed our disappointment about their environmental and animal welfare performance. We left unsatisfied. No one seemed to care or listen to us.

On another battlefront, Bobby Kennedy and his Waterkeeper Alliance also had launched an aggressive campaign against Smithfield.

Treacy was transitioning to a sector that was not a “cool” business — tainted by the image of factory or industrialized farming. Perhaps this is because it’s the only industry that deals with living creatures, farm animals.

To me, this makes the meat industry fascinating. In a given year, Smithfield alone controls 894,000 sows and some 15 million hogs. In the United States, you may see their numerous packaged meats and brands, including Smithfield, Eckrich, Farmland, Armour, Cook's, John Morrell, Gwaltney, Nathan's Famous, Kretschmar, Margherita, Curly's, Carando and Healthy Ones.

Despite the demonization of the meat industry, the reality is that meat, and the protein it provides, is an essential business for the diets of many consumers.

He told me that he was very wary at the beginning, but excited about making a difference.

“Man, I might work here a day or I might be here for 10 years,” Treacy recalled when we spoke. Treacy didn’t know the inside of Smithfield, and whether he could really change things for the better. But that is why he chose the position.

I’ve known Treacy since he joined Smithfield in 2002. He is about as unassuming as can be. He blends into the crowd. He speaks quietly. He listens better than most, because he cares. He’s a learner, an absorber, a consensus-maker.

The meat business is a tough one. I would not have placed a wager that this nice guy could move the beast that was Smithfield. But as I saw Treacy in action, I saw strong resolve and grit and observed a wry and clever sense of humor. He reminded me of a skinny Ben Franklin, especially the way he could draw friends and foes alike to him for whatever idea he was pitching. 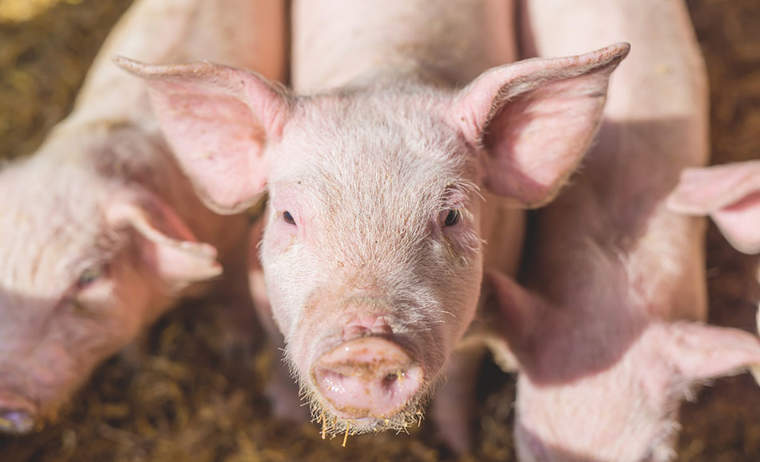 Treacy ended up orchestrating one of the biggest sustainability turnarounds I’ve ever seen. His story is very unusual because most sustainability professionals develop ways to build upon a program, or start one from scratch.

Treacy was in a deep hole as he walked into the office for his first day 2002. He told me he was determined to make Smithfield an environmental leader in his industry.

He did just that. Smithfield today is a leader in the meat industry on many issues:

How did Dennis Treacy do it? What can we learn about managing a turnaround situation? Here are five takeaways:

1. Be reasonable and roll-up your sleeves

I asked Larry Pope, Smithfield’s CEO since 2006, how Tracey pulled it off. Was it magical? “Dennis’ unassuming style disarms the crowd,” explained Pope. “There wasn’t anything magical because he has no ego about this himself. He’s doing it for the organization. He brought people along because he wasn’t some raving maniac, either too far right or left. He brought our company reasonable, common-sense solutions.”

Treacy told me his first priority was to demonstrate early on that his efforts would benefit the business. He knew he had the perception of a government dweeb, and that the line people “think I am an idiot and don’t know how to make money. So I spent a lot of time understanding how they made a hot dog, and how they made sausage and how they made a ham. And I worked with the teams on the farms and in the plants.”

The “radicalness” of Treacy’s plan was its lack of radicalness.

“I operated very slowly. I determined early that we were in this for the long haul," he recalled. "I was worried about the Smithfield of 10 years later, and what it would look like and how you go about getting that.”

This was a masterstroke approach. He faced a crisis, yet didn’t treat it with short-term fixes.

“I tried not to be the corrective parent who comes in from the government and says, ‘Oh, you have no idea what you’re doing. Let me tell you what to do,’” said Treacy. “I’d talk to our business leaders at a personal level, tell them what we were doing, and take baby steps through the process. It was slow going by design.”

“Don’t come in like a bull in a china shop,” he counseled. “Because first of all they don’t like it, and second you might not be right. If you take the long view, and show people that you actually mean it, that you believe what you are doing is right for the company and for the community and for the employees, then you’ll succeed.”

Pope said that Treacy would bring forth suggestions to move things 10 yards down the field. “Okay, we can do that,” said Pope and his executive team. “Then, he’d say, ‘Let’s do a little more,’ and we’d go 10 yards further. Then, ‘Let’s go for 10 more.’ Before you now it, you are at mid-field.”

3. Create a simple and steadfast strategy

“I needed a message the message to be simple, about how to turn things around,” said Treacy. His simplicity was embodied in launching the environmental management systems in a big way. “We deployed ISO 14001 EMS over a couple of years everywhere and loudly talked about it."

Treacy took advantage of what he saw when he arrived at Smithfield.

“What I found were a bunch of sophisticated business people, engineers, salesmen and accountants,” he told me. “It was just like any big company but they had taken their eyes off the environmental piece and they didn’t know how to address it. They didn’t do any of this maliciously. They just didn’t know how to do it.”

The extreme focus on EMS gave the Smithfield team the structure and accountability they needed.

4. Make it upbeat and rewarding

Treacy confided to me that Smithfield people back in those darker days were not ready to defend their company with family and friends. They were embarrassed. He decided to reward employees for their environmental suggestions. He featured them in their annual reports and online website.

Pope said he “gave the keys to the front door of Smithfield to Dennis.” Treacy took the keys to a broader team.

He was adamant in describing to me about how uncomfortable he was with my writing this story about him, because it’s “about the team around you. It involves getting champions all over the organization who believe that what you are doing is the right thing and they give you advice and hints to do it better. It’s like your mother says, ‘You’ve got to listen more than talk.’”

Certainly Treacy had great support from his CEO. Pope acknowledged the previous leadership was insensitive to NGO concerns and government intervention. The CEO charted a course to unclench their fists, listen to stakeholders and be willing to change. Pope gives great praise to Treacy, and expressed high trust in him.

“He gets enormous credit for developing a plan and guiding us,” he said.

Good thing Smithfield gave Treacy the keys. Although he would never, ever agree with me, it took a special leader to orchestrate the sustainability turnaround with Smithfield. His candor is genuine. His determination is wily, subdued, but strong. He is extraordinarily likeable and approachable.

He is full of wisdom, too, so let’s finish with a few more insights from Treacy:

On getting things done: “The people that succeed in our system are doers, the ones who occupy the empty space, take whatever they see and make it better.”

On sticking your neck out: “You’ve got to take the arrow first. You’ve got to have a vision and articulate it and go for it.”

Lastly, Treacy's own humble summary of Smithfield’s progress in his 13 years as its chief sustainability officer: “We’re way better that we used to be, and I look forward to Smithfield being way better that they are today.”

How Cargill's employee summit put sustainability on the menu

The chicken or the egg — or neither

A thoughtful conversation about the Pope’s Encyclical