Snakeskin: A design breakthrough for robots and race cars?

Even though a snake’s skin is dry as a bone, we often think of it as wet and slick. There’s a good reason for that — the animals have evolved a coating of scales that helps them slide seemingly without effort across any surface.

Nature’s design is actually more complex than just making a supersmooth skin, though: Each scale overlaps the one behind it to diminish friction in the forward direction while creating enough on the rear of the scale to let the snake propel forward. Each scale is also built to maximize resistance against wear.

Expert friction control and durability make snake and lizard skin very interesting to engineers who want to build those characteristics into machines.

Eventually, replica reptile materials could find a use in high-end automotive engineering, such as Formula One racecars, or in the coming generation of search-and-rescue and exploration robots modeled off snakes.

Researchers at the Karlsruhe Institute of Technology in Germany say they’ve borrowed designs from belly scales of African pythons and sand skink lizards. The textured surfaces they created have reduced sliding friction force as much as 40 percent in tests.

“If we’d managed just a 1 percent reduction in friction, our engineering colleagues would have been delighted; 40 percent really is a leap forward and everyone is very excited,” said materials scientist and lead researcher Christian Greiner.

They made the slick surface by etching the heads of steel pins that measured a third of an inch in diameter with a laser. They tried two patterns: one had completely overlapping scales in the x and y directions while the other had scales oriented in rows. Each scale measured 50 microns across.

The difference in the results caught the researchers by surprise, particularly because the overlapping scales more closely resembled real snake skin.

“This result was somewhat unexpected as we anticipated the [narrow, overlapping scales] to be more beneficial than the wide ones as they are closer to the natural inspiration,” they wrote in their study, published this month in the journal Bioinspiration & Biomimetics.

The friction reduction improvements disappeared when the textured surfaces were put into contact with oil, meaning that they will only work in dry, sandy environments, like where their spirit animals live.

“This wasn’t a huge surprise since we were looking to nature for inspiration and the species we mimicked — the royal python and a lizard called a sandfish skink — live in very dry environments and don’t secrete oils or other liquids onto their skin,” Greiner said.

The researchers say their texture could be useful in a number of applications, mostly at the microscale and smaller. They could be used as coatings in mechanical parts and sensitive sensors such as accelerometers. 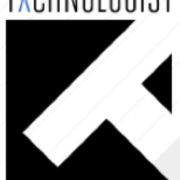 See all by GE Txchnologist