Twenty-four European cities — from London to Paris to Madrid — are planning to phase out fossil fuel-powered vehicles in various ways from their city centers over the next decade. Those urban areas account for 62 million people who eventually will live in zones that no longer will accommodate yesterday's diesel-burning cars.

How absolutely awesome is that? The transition not only will reduce air pollution and carbon emissions, but it'll give a boost to an emerging market: micromobility. The term covers shared e-scooters and bikes, and also new types of owned cargo and commuter e-bikes, as well as some of the funkier mobility ideas out there.

These major European cities could move pretty swiftly to the point where micromobility, combined with solid public transit, emerges as the backbone of urban transportation. Bikes are already a major transportation option in many European cities, and these cities are continuing to build out some of the world's best biking infrastructure.

"Thirty-four percent of trips [in the EU] are made by biking or walking, compared with 3.5 percent in the U.S.," says Lawrence Leuschner, CEO and co-founder of Tier, one of Europe’s largest homegrown scooter operators in a conversation with the Micromobility Podcast last month. 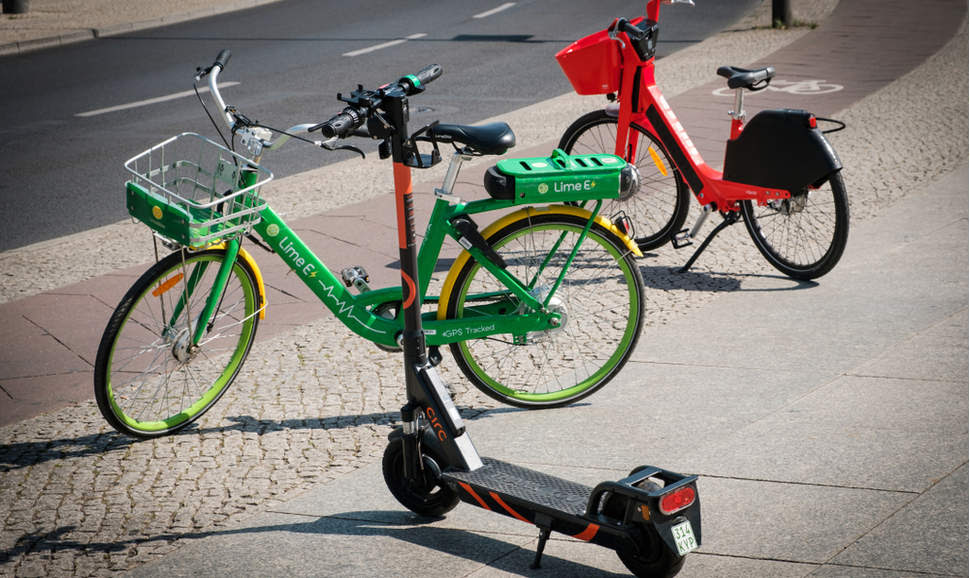 Folks such as Leuschner say this spells out the end of the reign of the car in Europe's biggest cities. "In about five to 10 years, the dominant vehicles on the roads will be micromobility vehicles like scooters and bikes, and cars will not be the dominant vehicle on the streets anymore. Europeans are really looking forward to it," Leuschner says.

Oh, and so am I. Cities in the United States, such as Oakland, California, have been thoughtfully deploying their own city-vetted micromobility options, but they're nothing like Europe's biking network. For that to happen, there needs to be systemic change that helps develop the state-of-the-art mobility infrastructure over many years and a deployment of myriad restrictions on cars.

For the founders of media company Micromobility Industries, it's not just diesel cars, but all similarly sized traditional cars, in general, that won't have a place in tight urban settings. "Cars (not just fossil-fueled) are being squeezed through a reduction in access. This is in the form of reduced parking, increases in parking fees, congestion pricing, reduced refueling options, lane restrictions and overall zone bans," says Micromobility Industries co-founder Horace Dediu.

Dediu and his team are hosting the world’s largest event dedicated to Europe's "minimal mobility" Oct. 1 at Radialsystem in Berlin, Germany, for a full day of programming and addressing all of the BHAGs of 21st-century transport, from car-free cities to self-driving scooters. It's OK, I'll wait for you to Google BHAG.

From now until Sept. 24, Transport Weekly readers can claim a 55 percent discount to attend Micromobility Europe (a savings of $487). Go forth and learn, my friends, and try to get to Berlin in the first week in October.

It's time to kickstart e-mobility and equity, too

How Biden's election could kickstart U.S. adoption of zero-emission vehicles