Activism is evolving, and technological advances have created new ways for individuals to make change. On social media, the ability to harness the power of the masses also has helped redefine the baseline of transparency expected for corporations. Consumers today expect serious accountability from the companies they buy products from and invest in.

Businesses are learning that they must proactively build trust to earn people’s hard-earned dollars, whether that is at the cash register, in the stock market or on the timeline.

Historically, you had to be a shareholder in a company to vote on issues that affected the company's financials. Today, you just need a Twitter account to have your voice be heard.

While some have accused modern society’s civic muscles of atrophying, citizens have made it clear that they require two-way dialogues with companies in the private sector.

It is no longer considered brand suicide for a company to have political voice. For many consumers, seeing a company solve problems resonates more than advertising.

Following the Parkland High School massacre, there was an outcry for the nation to reexamine its relationship to guns. In the government, 27 states passed 67 new gun control laws in 2018. As for private companies, REI, L.L. Bean, Kroger, Walmart, Alamo, Avis, Delta and Dick's Sporting Goods all changed policies they had relating to guns — in some cases, choosing to not sell guns and in others, changing policies on discounts for gun owners.

It is no longer considered brand suicide for a company to have political voice. For many consumers, seeing a company solve problems resonates more than advertising.

Many of these companies were responding to the outcry of their customers on social media. The largest asset manager in the world, BlackRock, was pushed to start new gun-free investment strategies. The March For Our Lives movement has continued to be active on Twitter, helped organize a local chapter on Facebook and created extremely compelling content on YouTube, such as the video Generation Lockdown.

Another organization and powerful example of a social media campaign turned movement is #GrabYourWallet, which Shannon Coulter started on October 11, 2016. After the infamous Trump Access Hollywood tapes were released, she created a list of all companies that carried Trump products. This simple Google spreadsheet has been seen more than 1 billion times on social media. So far, over 70 companies have made their way off the list after divesting from Trump’s business interests and no longer profiting off a relationship with the Trump family. Multiple retailers, including Nordstrom and Gilt, dropped Ivanka Trump’s fashion line, and several companies, like Uber, were targeted by their users after their CEOs were on the Economic Advisory Council. Grab Your Wallet has grown into a broader nonprofit that aims to continue furthering corporate responsibility. They currently are working on #ForceTheIssue, a new campaign aimed at getting 900 publicly traded companies to stop using the practice of forced arbitration for sexual harassment.

As Shannon says, "It's amazing how many large, publicly traded corporations will loudly proclaim themselves to be inclusive but are still trying to cover up sexual harassment at work. Sexual harassment is one of the most stressful things you can endure in your job and 60 million U.S. workers are contractually forbidden from even speaking about it with their partners, families, and friends. Companies that walk the talk on inclusivity are getting rid of forced arbitration for sexual harassment as a practice but they're still in the minority.

"More need to step up. It's a testament to the playing field-leveling power of the social web that big, powerful corporations are not only starting to embrace sunlight on things like political spending, supply chain, and labor practices, but also starting to expand their sense of purpose beyond profit. Most companies still have a big gap to close before their walk matches their talk, but it's a starting point."

Tangible actions to take with your dollars

Social media can be used to encourage the flow of capital through the form of spending or investing in companies that support the causes you care about. If you’re not interested in traditional boycotts, consider a platform that focuses on "buycotts," or spending money at companies whose actions are in line with your beliefs.

Spendrise uses social media campaigns that aggregate consumers to encourage businesses to practice corporate social responsibility: the intersection of old fashioned petitions powered by tech-forward crowdfunding. Think of it as the offspring of Kickstarter and Change.org. Consumers pledge to spend a specific amount of money at a retailer if they change their practice, such as In-N-Out eliminating plastics straws or Target selling ugly fruit and vegetables. If the company makes a cause-driven policy change, then you are mailed a gift card. The same as with other all-or-nothing crowdfunding campaigns, if the policy is not enacted — you owe nothing. In addition to incentivizing businesses to change, Spendrise demonstrates to companies the financial rewards for doing the right thing.

While Eric Shih, CEO of Spendrise, was busy planning a social media "Eat-In" for Equal Service, he took time out of his schedule to speak to the Capital Markets class at Presidio Graduate School via a video guest lecture. As he was speaking to the class, we found out that DoorDash also had chosen to expand its service.

Another way you to insure against misaligning your investments with your values is to use an investment company that gives you the option to create a fully diversified portfolio with your financial and impact input. OpenInvest is an automated investing service that lets you apply positive and negative screens to an investment portfolio. For example, you can screen your portfolio to invest only in companies with at least one woman on the board, or divest from your portfolio companies that derive more than 5 percent of their revenue from the sales of weapons or ammunition. They also have an option that lets you both invest in and exclude companies based on their relationship with Trump. If companies and their executives have spoken out against Trump, or if they proactively withdrew from his business council after Charlottesville, Virginia, they are included. The screen excludes retailers who chose not to withdraw from the councils before they were dissolved, or are boycotted by the #GrabYourWallet campaign.

If you own stock in a company, reexamine if those stocks are in line with your beliefs. If you don’t own stocks, then consider how you can use your purchasing power to influence corporate behavior. You can use a Chrome browser extension, such as Boldly, to see how a company ranks according to your values. Historically, consumer protests have had a limited effect on corporate policies and a company's bottom line, but that is changing.

A majority of Americans have made a special effort not to buy something from a company whose values do not align with their own and more than half of millennials support taking a public stance on any social issue. Investor engagement has been more successful and impactful when it is in coordination with civil society movements.

By combining traditional forms of activism with new forms of capital aggregation fueled by social media, we can use the massive influence of corporation to advance the causes we care about. 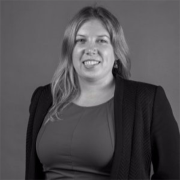 See all by Megan Morrice