How do you make affordable housing as sexy as cleantech?

After all, the cleantech revolution turned the staid energy industry -- the province of boilers and turbines and electric transmission lines -- into something exciting, even cool. Now everybody wants to be in it, work for it, invest in it.

Meanwhile, affordable housing, as fundamental to societal well-being as energy security, maintains a reputation as a dowdy old aunt. It's not seen as a business opportunity. Any appeal it might have had was undone by the mortgage meltdown.

That's a lost opportunity. As I've witnessed recently, there's some fresh thinking going on in the affordable housing world. It stands the chance of bringing the innovative business models that "mesh" companies like Kiva, Zipcar, and YouNoodle have brought to the relatively staid industries of microlending, car rentals, and entrepreneurism, respectively, by tapping into both the existing infrastructure that supports single family homes and getting more out of it, to deliver green benefits, as well as social and financial benefits.

A couple years ago I got a call from Dick Banks, a lifelong real estate guy who, for his swan song, had taken on the role of COO for one of the biggest nonprofit housing groups in the U.S., Mercy Housing. "There's a gap of 13 million units of affordable housing in this country," he told me at the time. "It's kind of like watching the glaciers of Antarctica melting into the ocean, except these aren't glaciers, they're the American dream. We're thinking about what it would take to actually close that gap once and for all."

He hired my firm, SVT Group, to investigate ways to think about the way social return on investment (ROI) of housing related to financial ROI, with the potential of tapping billions of dollars from the private markets to build affordable housing. That in turn led us to some of the leaders of the affordable housing movement, such as Neighborworks America (a line-item in the federal budget that provides technical assistance and funding to 250+ community development organizations) and Stewards of Affordable Housing for the Future (SAHF, led by William Kelly, a Latham & Watkins law partner who is also a board member of Ashoka) to take a fresh look at the hundreds of billions of dollars that are invested each year in the creation and preservation of America's housing stock -- both public and private money.

What we found is that overall, U.S. financial and land-use policies and incentives have driven development towards greater economic efficiency -- which, when viewed through the ubiquitous lens of short-term profit maximization and "cost effectiveness," segregates uses and incomes. This in turn has led to a system of housing that exacts myriad social and environmental costs (see: middle class crashing into the Arctic).

Now that the spoiled fruits of these policies and incentives are more visible, the community development industry and others are seeking to reconfigure communities to be more sustainable in terms of land, fuel, water and air quality, building on best practices that have proved there is a better way.

So SAHF, NWA and SVT Group analyzed what it would cost to build the millions of units of affordable rental housing that experts say are needed, and to do so using design principles demonstrated to yield the best results for the environment and society. The answer, using conventional benchmarks, was that the entire need could be solved with $1.2 trillion in investment, two-thirds of which, in our hypothetical scenario, would garner market risk-adjusted rates of return and one-third of which would be outright grants.

The social ROI is attractive. We calculated that for each dollar of grant, with the right green design and services, approximately $10 of social value would be returned to society, in the form of such things as reduced health care bills for seniors (who can put off going to a nursing home longer because they can live closer to family or caregivers without leaving their homes) and reduced energy consumption and carbon emissions (due to more efficient siting and design). The trick is to create housing developments that are mixed into economically solid communities so that residents have access to good schools, jobs, services and transportation. We theorized that a $1 billion investment could produce 5,000 new apartments at $170,000 each, plus energy-efficient retrofits to another 16,000 existing units.

In September, I was talking about this with Mark Hand from Gray Ghost Ventures, an impact investing shop that has recognized the need to treat social impact as an asset. Mark's boss, Bob, who built his fortune in real estate, had recently invested in New Avenue Homes and its founder Kevin Casey. I learned that New Avenue is the first full service shop in the U.S. to not only build small infill homes, but also design and finance them. Their cottages are net-zero energy, they've completed one, and they have several more in the works. I learned that Kevin is raising $5M now to do their first 100.

Suddenly, I felt kind of like Clara in "The Nutcracker," when the doll comes alive, full-sized: Here was a venture that met basically all the criteria of our ideal scenario, including drawing market-rate venture investment, in the sticks-and-bricks flesh!

I was so excited about this that I have committed to work with him help evangelize it and verify the impact. New Avenue's research has found that over 4 million of California's single family homes have the right to build one of these homes.  He's aiming to build 10,000 in the next several years, which would accomplish much of what that first $1 Billion portfolio we envisioned would have -- but at lower per-unit cost and without any grant subsidies. In short, a social entrepreneur's dream.

If you know of other solutions that could tackle the remaining 12,990,000 units we need, on similar terms, please get in touch!

To see this vision-become-reality, Kevin and his first client, UC Berkeley Professor of Regional and City Planning Karen Chappl, are hosting a launch party, January 8 from 1 to 7 p.m. in Berkeley, Calif., at the cottage Kevin built for Karen in her backyard. The public is invited. 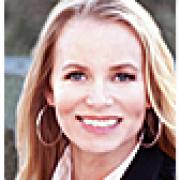 See all by Sara Olsen