<p>Is your server farm subject to spikes in electricity usage? If so, it may benefit from server-side power management.</p>

Toronto-based digital animation and visual effects company Arc Productions Ltd. can keep a farm of more than 600 servers running full-time when it's facing a tight deadline.

At other times, however, up to 40 percent of the capacity in its 800-square-foot data center can sit idle. "Our usage is very spiky," said Terry Dale, vice president of infrastructure and training for Arc, which has been involved with projects ranging from the films "Gnomeo & Juliet" to "The Amazing Spider-Man."

In the past, that was a big problem for the company's ability to manage its electricity consumption. That’s because a server sucks up power even when it isn't running some cool animation job or performing another task. In Arc's case, that bill averages up to $25,000 per month for about 120,000 kilowatt-hours of electricity, regardless of how much the servers are being used for something productive.

To get its power usage more in line with its business needs, Arc invested in server power management technology from TSO Logic, which hails from Vancouver, B.C.

"It wasn't until we got the dashboard installed and started doing the analysis that we even realized how much power was being used," Dale said.

When it did, the studio found that even though it had higher than average server utilization of about 36 percent (compared with just 6 to 12 percent for some competitors), more than half of the money spent to power and cool its servers was being wasted. 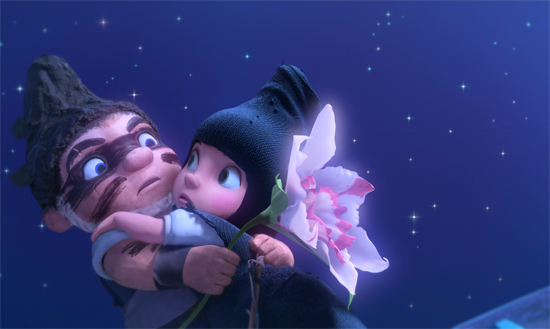 TSO Logic's software is now helping the animation company monitor electricity use down to the individual server level, allowing it to identify which ones aren't being used. This enables the three-person team to define scripts that shut servers down automatically if they aren't doing anything useful and switch them back on again quickly when they're needed.

Right now, Arc is on track to save between $463,000 and $596,000 in electricity costs over the next five years, according to a case study TSO Logic published about the installation. 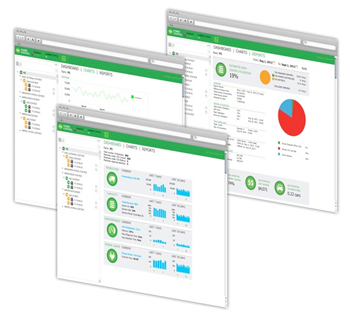 The TSO Metrics dashboard provides insight into what percentage of power is going toward revenue-generating activities versus powering idle hardware; TSO Power Control is the utility that helps organizations manage server shutdowns, while taking into account a company's service level expectations.

If a piece of hardware is hosting something mission-critical, for example, it wouldn't be targeted for a complete shutdown.

TSO Logic offers two pricing models: one that requires an upfront investment and another that structures the contract so that a company pays the developer a percentage of what's being saved as a result of using the software.

Roughly speaking, you can expect to pay about $10 to $15 per server per month, Rallo said.

TSO Logic officially launched in May. When I spoke with Rallo in mid-September, the company had about 4,500 servers under management. That's likely to change after as a result of a relationship it announced this week with Intel.

As a result of the new alliance, TSO Logic's Application Aware Power Management solution will be integrated with Intel's Data Center Manager software, which means it will support a broader range of hardware including equipment from IBM and Dell.

"We are on a bold mission to measure and reduce data center power usage, and Intel is the ideal partner to help us extend our capabilities and reach new markets," Rallo said in the press release announcing the relationship. "Intel's insight into next-generation devices will ensure that we continue to provide customers the most advanced power management features on as many devices as possible."

To learn more about power management and the convergence of sustainability and technology, be sure to check out VERGE SF Oct. 14-17.